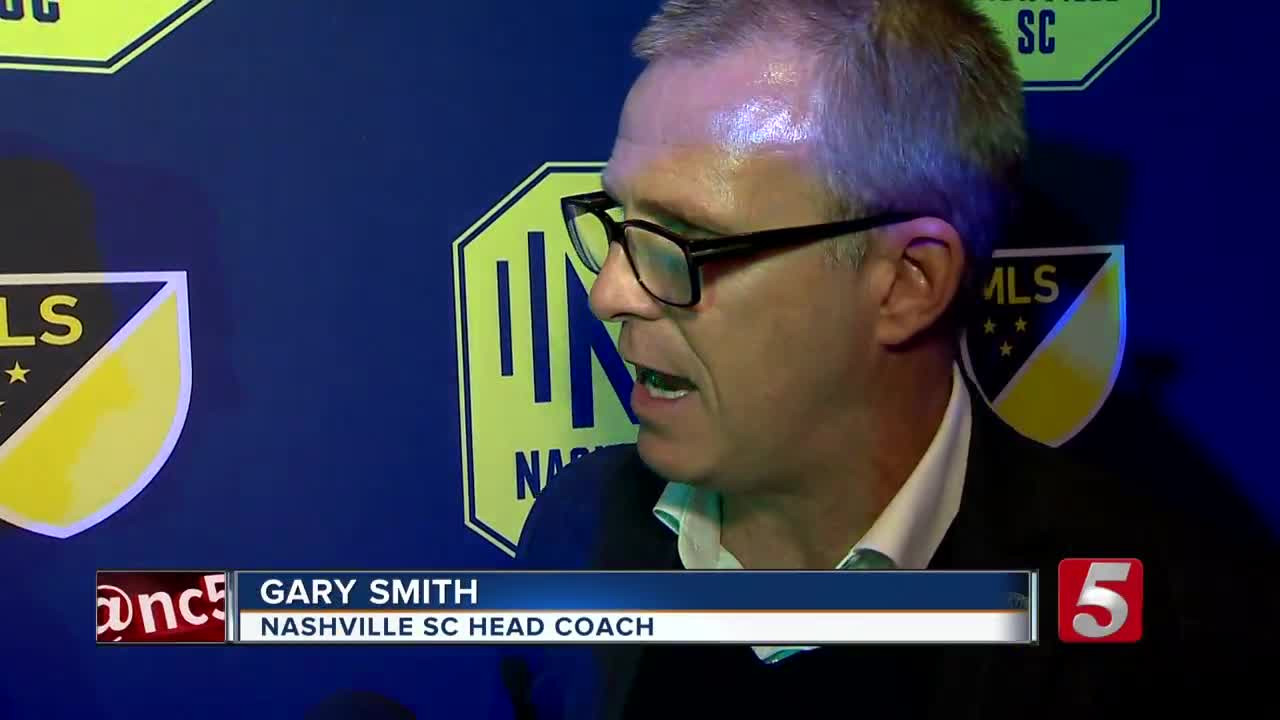 The chants from the Roadies reverberated through the Broadway bar long before the MLS Expansion Draft. Nashville S.C.’s supporters are ready for action – any action – as they await the start of the team’s first season of play.

NASHVILLE, Tenn. (WTVF) — The chants from the Roadies reverberated through the Broadway bar long before the MLS Expansion Draft. Nashville S.C.’s supporters are ready for action – any action – as they await the start of the team’s first season of play.

You would have thought it was a match the way those diehards showed up and made themselves heard Tuesday, and there was nearly that much action. Nashville S.C. selecting five players in the expansion draft, then pulling the trigger on four different trades as they moved a step closer to putting a team on the pitch next spring.

General Manager Mike Jacobs had hinted that the selections might not be the only moves the team made on Draft day, and he was true to his word. He turned around two picks for immediate assets by dealing his second pick Zarek Valentin to Houston for veteran goalkeeper Joe Willis, and then sending the team’s fourth pick, Brandon Vazquez to F.C. Cincinnati in exchange for important allocation money that helped the club make two more deals.

The first was for another keeper in Adrian Zendejas. The second was the team’s biggest coup of the evening, a trade with Montreal to acquire Daniel Lovitz, the starting left back on the United States National team for Tuesday’s game at Cuba.

Lovitz is a bonified MLS star that’s moved into the national team lineup over the last year. His new head coach calls him the best left back in the MLS, and he will be called upon to solidfy Nashville S.C.’s back line immediately.

He’ll likely be defending in front of Willis. A proven keeper that has led two teams (D.C. United and the Houston Dynamo) to Lamar Hunt U.S Open Cup titles during his career. Zendejas is full of talent, and while he may lack the experience to start right away he provides some much needed depth for a team that had zero goalkeepers on the roster entering the day.

Throw in the three expansion picks that Nashville S.C. held on to and you have six players that add to the core that Jacobs has been trying to build over the last several months. Forward Abu Danladi is young and needing development, but has the explosiveness and skill to potential be a dynamic finisher. Jalil Anibaba and Jimmy Medranda are both veteran MLS defenders that have some versatility that will be able to help the team build depth as well.

It’s far from a finished product, but Nashville S.C. took its biggest step yet Tuesday towards competing the roster that will take the field against Atlanta United February 29th at Nissan Stadium in the first game of the MLS’s 25th anniversary season.

The Roadies are ready. And the club’s not far behind.