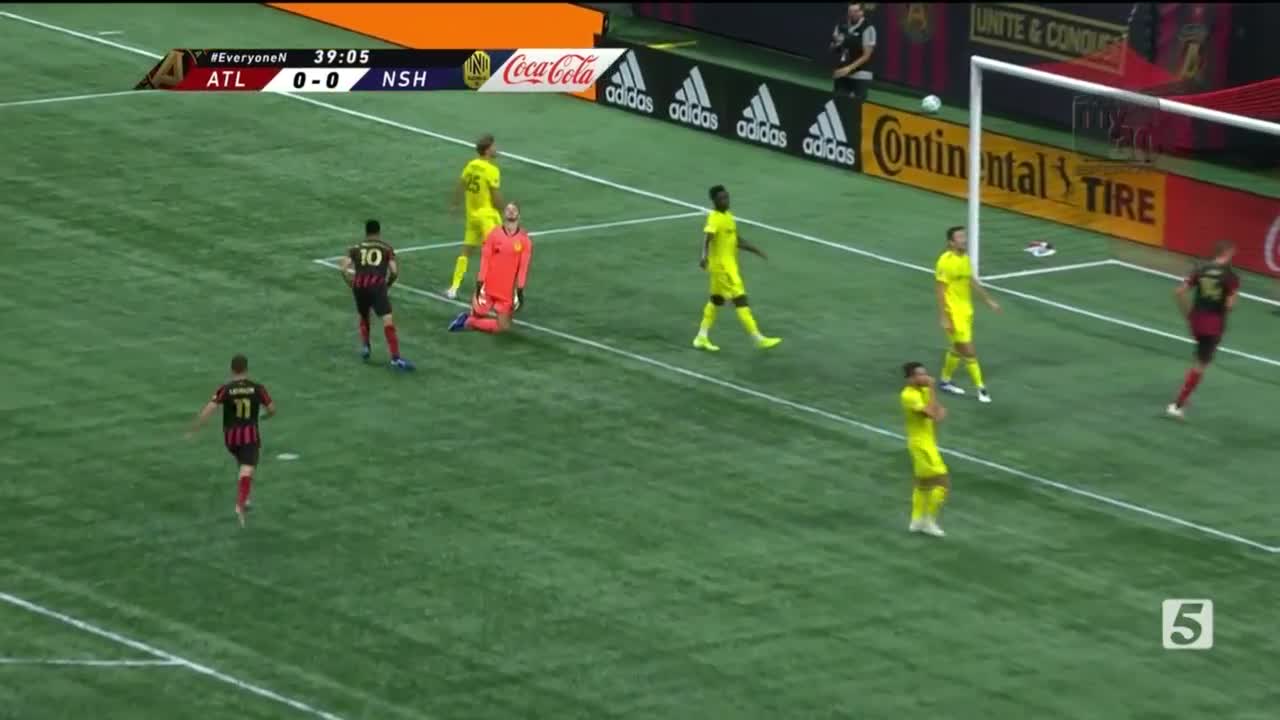 The scoreboard inside Mercedes-Benz stadium read 2-0 Atlanta United at full time. While that score doesn’t do Nashville’s effort from Saturday night justice, it does properly symbolize what has plagued this club in its rare chances to get on the pitch this season.

ATLANTA (WTVF) — The scoreboard inside Mercedes-Benz stadium read 2-0 Atlanta United at full time. While that score doesn’t do Nashville’s effort from Saturday night justice, it does properly symbolize what has plagued this club in its rare chances to get on the pitch this season.

Nashville controlled the play for large swaths of the action against United, firing more shots and creating several quality chances. But just like in an early March loss at Portland or last weekend at Dallas the Boys in Gold were unable to find the back of the net.

The final touch has been missing. Whether it was Anibal Godoy’s grounded strike from the top of the box that was an easy save for Brad Guzan in the first half, Alistair Johnston’s inability to corral a Dax McCarty pass into the box before Guzan kicked it away, or several services that were just too long, too hard or just off the mark, Nashville was unable to connect. That’s now happened in three off five games this year.

It’s remarkable to think that Gary Smith’s club’s been able to manufacture four points despite just two goals over the course of those five matches. But that fact underscores just how thin this team’s margin is.

That was evident again Saturday night. Moments after Johnston’s run came up short, Atlanta responded with a brilliant counter attack. Pity Martinez taking a long service, controlling it, then making a move past Walker Zimmerman, before fitting a shot past Joe Willis for the game’s first goal. Just like that, Nashville found itself down 1-0 approaching halftime despite all its hard work.

Smith subbed to try to utilize his speed off the bench with David Accam and Abu Danladi in the second half, but Nashville was still unable to mount much of an attack. Then, with the clock ticking down and the team’s defenders pressing forward, Zimmerman turned the ball over leading to an Atlanta attack. A patient set up from George Bello led to a beautiful left-footed blast from Martinez. His second goal of the night put the game away.

So it wasn’t all bad for Nashville, but it is the team’s first loss since it has returned to play. And now comes a trip to Florida to meet MLS Is Back Tournament runner-up Orlando City.

The good news is that this expansion team has competed well against every opponent its faced this season. The bad news is that unless it finds some finishers, results like Saturday night are going to continue to happen.