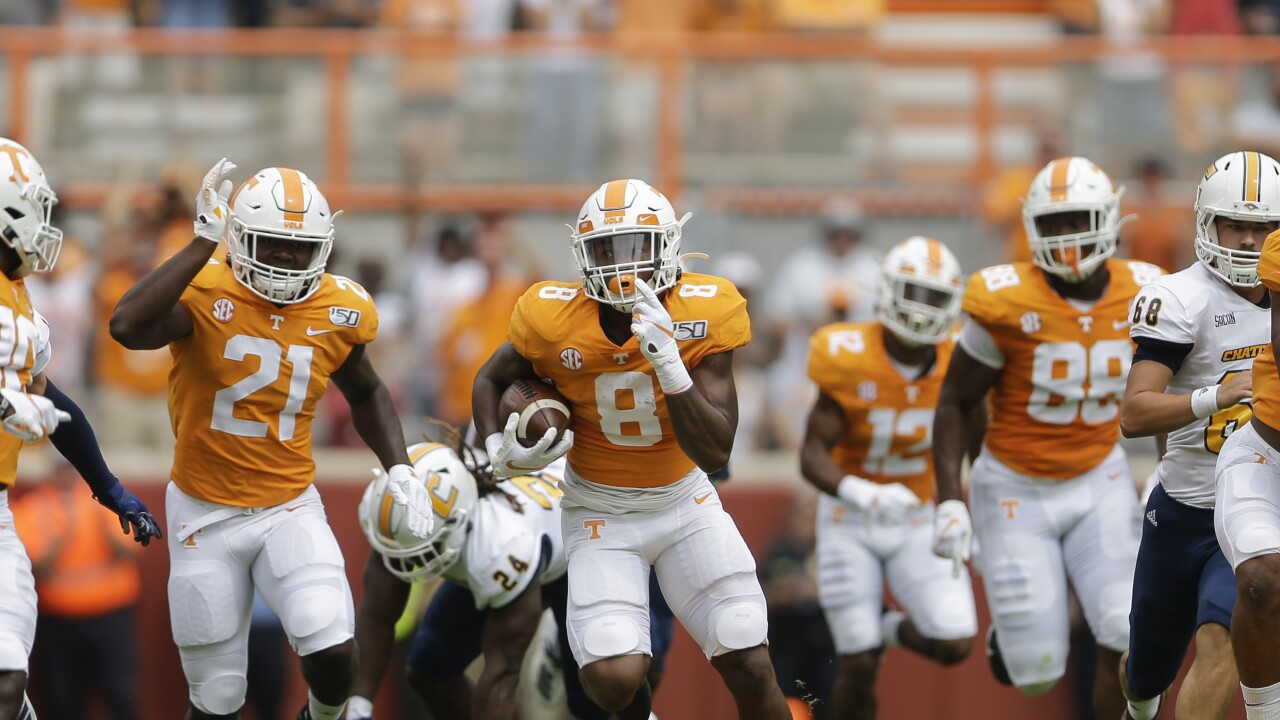 (WTVF) — A new California law will make it legal for college athletes to accept compensation for the use of their name, image and likeness despite the fact that it is in direct violation of current NCAA rules.

The bill titled the “Fair Pay to Play” Act was signed into law Monday by California governor Gavin Newsom, who was surrounded by Lakers superstar Lebron James and several other prominent athletes. It will go into effect in 2023, starting the clock on the NCAA to decide what it will do to satisfy the growing wave of support for athletes who are seeking more than just scholarships in return for their contributions.

The NCAA released a statement saying that it will continue its efforts to modify its rulebook in a way that is “both realistic to modern society and tied to higher education.”

Whether college student-athletes should be paid, or be able to receive extra benefits for their skills, has been debated for years. But while Monday’s legislation may be the first step in forcing the NCAA to become a part of the conversation, as opposed to just hiding behind its status as an amateur sports operation, there remain several questions about how beneficial this law will be for most student-athletes.

For starters, the bill’s very name is inaccurate. No student-athlete is going to be paid to play. It will still be against the rules for a school to pay one of its players. What this law does is make it possible for student-athletes to now cash in on their name, image and likeness through agreements with local and national businesses, autograph and memorabilia shows and official merchandising. That is no different than what any other non-athlete is able to do on campus already, so it only seems fair that athletes would be able to benefit off their value as well.

That’s capitalism. But while James tweeted, “it will change the lives of countless athletes who deserve it”, the actual number of athletes this law will positively affect is unclear.

The problem is the number of athletes, much like the rest of the general student population, that possess brand value that they will be able to cash in on is likely very small. These extra benefits will probably only be extended to the very best football and men’s basketball players, along with a select few championship level athletes at certain schools in other sports.

The star quarterback? He can probably make some money off of this. His backup? Or the punter? Or the women’s field hockey player? Their likeness having any real value is much less certain. It stands to reason that the vast majority of student-athletes will not be affected.

Enforcement could also be an issue. Since it is unlikely that California, or the handful of other states considering similar legislation, will be interested in policing where and how athletes are compensated for their name, image and likeness it will leave it up to the NCAA to still determine what is fair play. For example, will schools be allowed to steer student-athletes to boosters or friendly businesses to maximize their earning potential? Or must it all be initiated and negotiated by the athletes themselves?

The NCAA’s rocky history on enforcement will be challenged even further if future legislation differs from that passed in California. How can a national governing body for athletics create rules for each of its member institutions when laws from state to state may be different?

This will also likely expand the debate on whether athletes should be paid for their play, as the bill suggests. In Newsom’s tweet announcing the bill signing he noted, “colleges reap billions from student athletes but block them from earning a single dollar. That’s a bankrupt model.”

There is no question that college athletics has become big business in this country, but how much do university athletic departments actually make? Many of them operate in the red because of constant facility upgrades and large financial commitments to coaching staffs, trainers, advisors and other resources that help student-athletes.

Now it’s a fair claim that the athletes are the ones actually playing the games, and therefore they should be entitled to some of the money that has made many coaches and administrators wealthy. But the counter argument is that the student-athletes are already benefiting from the big money involved in college athletics in the form of scholarships often worth more than $100,000, elite coaching, training, state-of-the-art facilities, top notch nutrition, healthcare and more. In addition, division one college athletes in all sports are eligible to receive a monthly cash stipend. How many student-athletes, in any sport, are worth more to their universities than the six figure investments being put back into them?

The answer to that is very few. Only the very best players in the most popular sports would cross that threshold, which maybe should open a different debate for lawmakers like Newsom to discuss? Should rules exist that prevent top athletes from being able to turn professional and make money off their talent before they turn a certain age? The NFL says players must be 21 or three years removed from high school before they are eligible to play. The NBA forces players to wait at least one year after high school before they can enter the Draft. Should that be legal?

Ironically, one of the champions of this legislation is James, who was so valuable himself as a player that he skipped college altogether back before the rule changed and entered the NBA Draft out of high school. He’s done just fine. Shouldn’t James and others be pushing first and foremost for other similarly talented athletes be able to maximize their earning potential as professionals as soon as possible?

Even if pay for play becomes a reality for college athletes, there are several other issues that will have to be discussed. Would you pay every athlete or just the ones in money generating sports like football or basketball? Would you pay every player on those teams or just the stars? Would salaries to certain athletes and not others violate Title IX? Could players still receive scholarships if they were paid or would they need to start paying for school out of their paychecks? Would they be taxed? Would schools?

There are many questions that Newsom, James and the others behind this bill haven’t tackled when it comes to the debate about paying players. But the bill signing Monday morning most definitely moved the debate forward, and now it’s up to the NCAA to decide how it will respond.