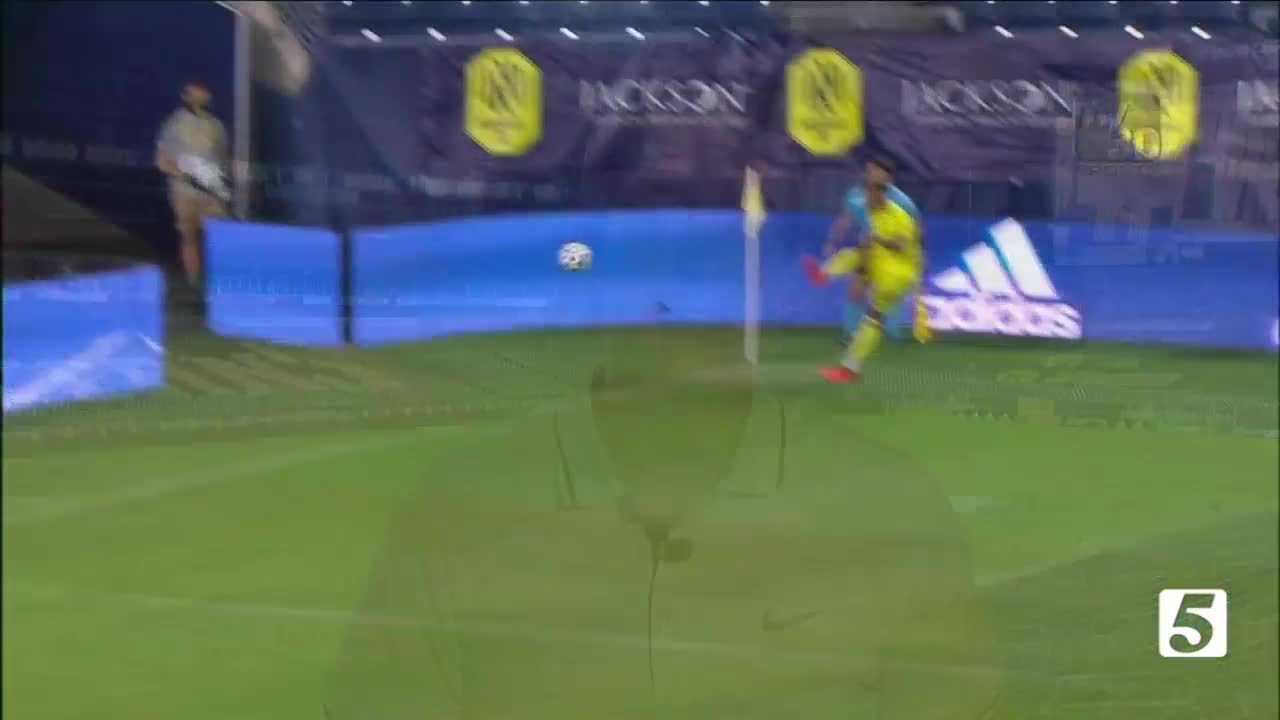 Nashville S.C. has struggled to score goals all season, but on Saturday night at Nissan Stadium the floodgates opened as they found the back of the net four times to beat regional rival Atlanta United for the first time ever.

NASHVILLE, Tenn. (WTVF) — Nashville S.C. has struggled to score goals all season, but on Saturday night at Nissan Stadium the floodgates opened as they found the back of the net four times to beat regional rival Atlanta United for the first time ever.

In the final match of a grueling month of return to play action, a Nashville team that had the benefit of five days off wanted to test a travel-weary Atlanta side early and often. That’s exactly what they did.

Hany Mukhtar’s corner kick less than a minute into action was headed by Dax McCarty right to Dominique Badji near the back post. His half-volley goal became the fastest strike in Nashville S.C. history.

The boys in gold were not done. With the score tied in the 29th minute, Nashville converted a takeaway when Badji headed a ball right down to the foot of Mukhtar, who controlled it and then patiently placed a right-footed shot by Tim Howard for a 2-1 lead. It marked the first time in 10 matches that Nashville had scored multiple goals.

They would add to that tally in the 36th minute when Daniel Lovitz’s cross found their head of McCarty again. This time the ball deflected off a defender and then the arm of Howard before going in.

McCarty finished the night with a goal and two assists, including a sensational feed to Abu Danladi in the 57th minute. The Ghanaian forward tracked the ball over his shoulder on a run, deadened it at his feet and then tried a left foot strike that deflected off the defender and into the net.

Badji and Mukhtar each had a goal and an assist as Nashville deposited a franchise record four goals on eight shots after scoring just five times in nine matches. It was good enough to avenge two earlier losses to an Atlanta United team that no longer resembles the power it was expected to be when these two teams matched up on the opening night of the season, but remains a benchmark for this expansion team.

It’s progress. The chances have been coming. And now Nashville finally was able to capitalize.