Layman: Police tapes could give UT reason to move on from Pruitt 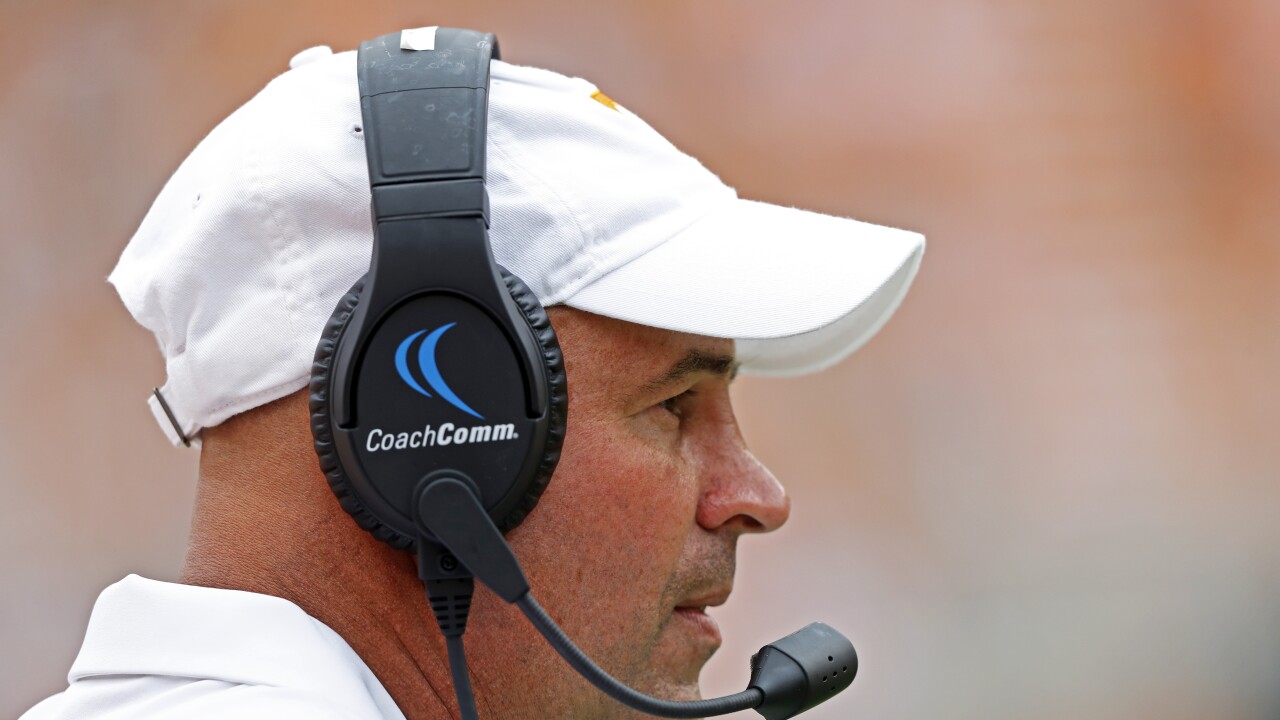 KNOXVILLE, Tenn. (WTVF) — In a season full of regrettable moments on the field for Tennessee football. This was the proud program’s worst look.

Sophomore Jeremy Banks’ failure to show up in court for a hearing over an unpaid parking ticket turned into a warrant for his arrest. Banks was then caught on body cam in a profanity-laced, anti-police tirade while sitting in the back of a squad car.

The situation was only made worse when Banks urged University of Tennessee police officers to call head coach Jeremy Pruitt after 3 a.m. A groggy Pruitt, also captured on tape during the phone call, seemed to struggle with understanding the situation and question why Banks even needed to be arrested in the first place.

It was a terrible look for Banks, who at one point shouted, “where I’m from, we shoot at cops.” There’s no place for that behavior in society, let alone on a college campus.

It was also a bad look for Pruitt, who at best acted, perhaps understandably, confused while trying to deal with the situation. At worst, he tried to passive aggressively suggest that Banks maybe didn’t need to get arrested at all.

Pruitt insisted Wednesday he was not trying to get the officers to cut Banks any kind of slack, but simply trying to understand the situation after being unaware that one of his players even had a warrant out for his arrest. He vows to do better moving forward and reiterated that Banks has been punished internally.

That’s a good start moving forward, but will it be enough? This incident is another black eye for a Tennessee football program that had star cornerback Bryce Thompson arrested for domestic assault back in August. Charges were later dropped upon his girlfriend’s request.

Several players have also elected to leave the program and transfer under Pruitt’s one and a half year watch. All of this comes on the heels of a frustrating decade in which the Vols have fallen from one of the elite programs in all of college football into the cellar of the SEC East.

Off the field issues are never good to have surrounding your program. But when you are winning, fans and boosters have the tendency to look the other way or be willing to extend a second chance. When you’re 1-3 and have lost to Georgia State and BYU, off field trouble can become the reason they want to get rid of you.

As bad as the season has been, it’s hard to see athletic director Phillip Fulmer and Tennessee wanting to move on from Pruitt after just two seasons and press the rebuild button on the football program yet again. Pruitt is UT’s fourth coach since Fulmer was forced out in 2008. That group has remarkably led the Vols to a losing record in SEC play over that time, including an 2-7 mark under Pruitt heading into Saturday’s game against No. 3 Georgia.

Some have even wondered if Fulmer himself might want to take another crack at coaching and name himself interim coach if Pruitt and the Vols continue to struggle. The athletic director attempted to quiet those rumors Wednesday night on the school’s statewide radio show by saying that his “coaching days are long over.”

But the truth remains that Pruitt’s popularity between a hungry and frustrated fanbase is eroding rapidly. And with a difficult upcoming schedule it’s much easier to see it getting worse on the field before it gets any better.

But no loss will cast a bigger dark cloud over Tennessee than Banks’s arrest and the resulting videotapes. Bad football is one thing, but embarrassing the program and the school shouldn’t be tolerated.

And if things get really bad later on this fall, this incident might just be the excuse Tennessee needs to cut bait from Pruitt now, if it chooses to do so.