Predators frustrated by Game One loss to Stars 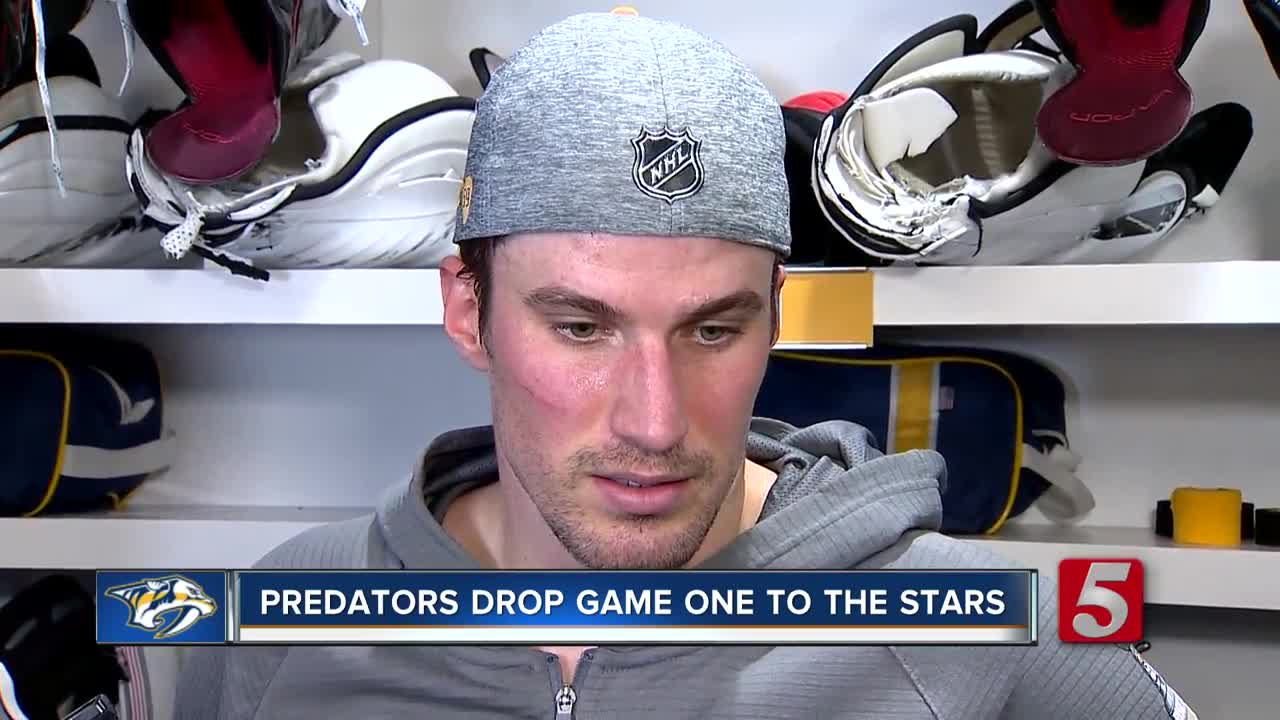 Bridgestone Arena was roaring for the start of a fifth straight postseason and the Predators came out buzzing. But a 1-0 lead quickly turned into a 3-1 deficit and ultimately a 3-2 game one loss to the Stars that sent the gold-clad crowd to the exits and the Preds searching for answers. 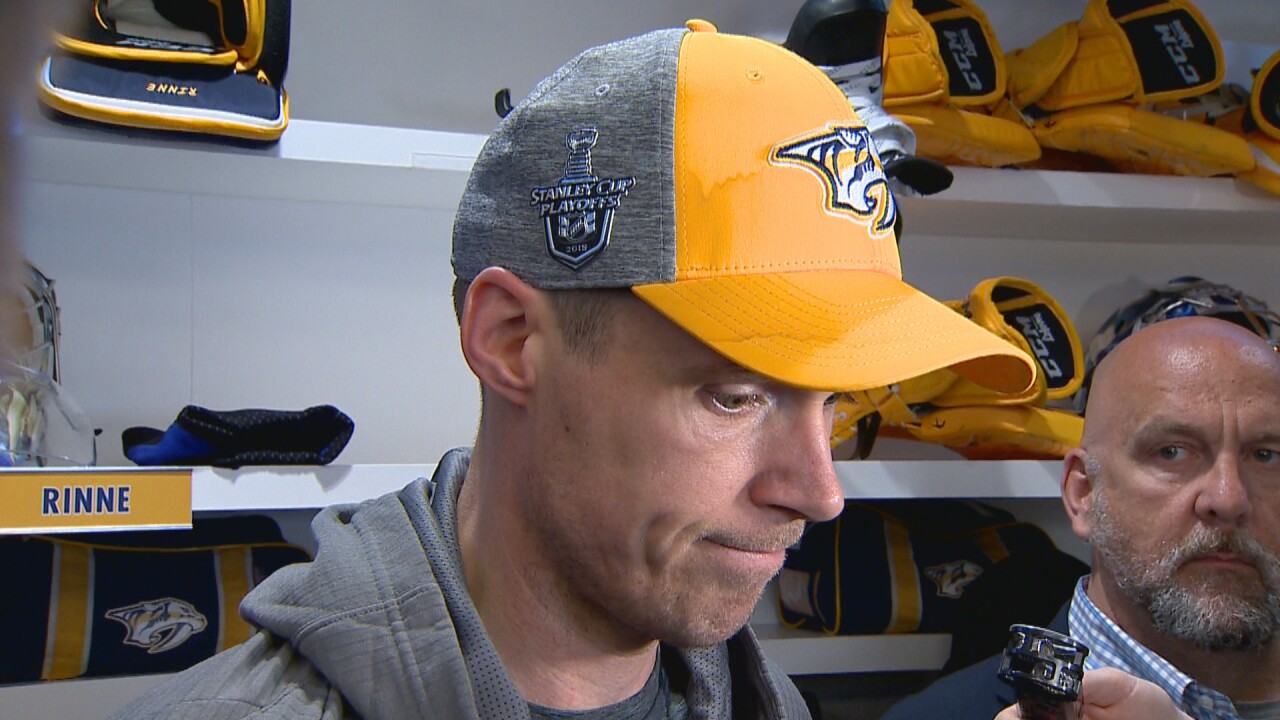 NASHVILLE, Tenn. (WTVF) — Bridgestone Arena was roaring for the start of a fifth straight postseason and the Predators came out buzzing. But a 1-0 lead quickly turned into a 3-1 deficit and ultimately a 3-2 game one loss to the Stars that sent the gold-clad crowd to the exits and the Preds searching for answers.

It’s only one game, on the opening night of the Stanley Cup Playoffs. By no means a hole too deep to climb out of. But this was a frustrated group late Wednesday night.

The home ice advantage they worked for was gone, as was seemingly any carryover from their 8-2-1 closing stretch in which it seemed like they put it all together.

“Well we came out with great effort,” Predators head coach Peter Laviolette said. “We lost our steam somewhere along the way.”

The steam was gone when the Predators returned to the ice for the second period, following a stellar opening stanza in which Stars coach Jim Montgomery said the Preds “dominated just about everything”, but only managed one goal when Roman Josi skated around a pair of defenders and knocked home a backhand flip for a 1-0 lead.

The lead should’ve been bigger, perhaps 3-0 or 4-0, and the Stars quickly made them pay for not taking advantage of their early opportunity to add to their cushion.

When the second period began the Stars ramped up their game and the Predators had no answer. All-Star rookie defenseman Miro Heiskanen took advantage of one of six Nashville penalties with a Power Play goal as his shot ricocheted odd Mattias Ekholm’s knee and past Pekka Rinne. Heiskanen scored again in the third on a similar point shot in which Rinne was blocked from getting a view on it.

Dallas’s third goal came on a rebound in front to Mats Zuccarello that left Rinne able to say only that, “uh, they scored.”

The inconsistency that plagued this team during the regular season reared its ugly head again on night one of the playoffs. And an hope that one of the most experienced postseason teams in the league might be able to just flip a switch when the playoffs began disappeared when a Stars team skating in the postseason for the first time since 2016 was clearly the better team.

Laviolette displayed the team’s frustration after the game by answering each of his first five postgame questions by noting how much faster Dallas was during the second period and first 10 minutes of the third. He then added the Preds night need to play with “more determination.”

That’s been a concern of the fanbase all season, and as it crystallized Wednesday night maybe even a tinge of resignation creeped into Smashville.

“We just lost the game 3-2,” Laviolette said. “We’re in our building. We came out the right way. And then we lost the way, we lost the game. So there’s nothing encouraging about tonight.”

And there’s no more mystique about Smashville in the playoffs. After winning 15 of 17 home playoff games dating back to 2016, the Predators have now lost five of their last six postseason games on home ice.

It’s only one game into this postseason and there’s still lots of hockey left to be played in this series, but the Predators need to be having some hard discussions the next two days about their effort and execution. It’s the lack of both that needs to be of far bigger concern right now to the Preds than the game one loss.

The Predators aren’t in trouble yet. But you may want to sound the alarm Saturday if they don’t get back on track.