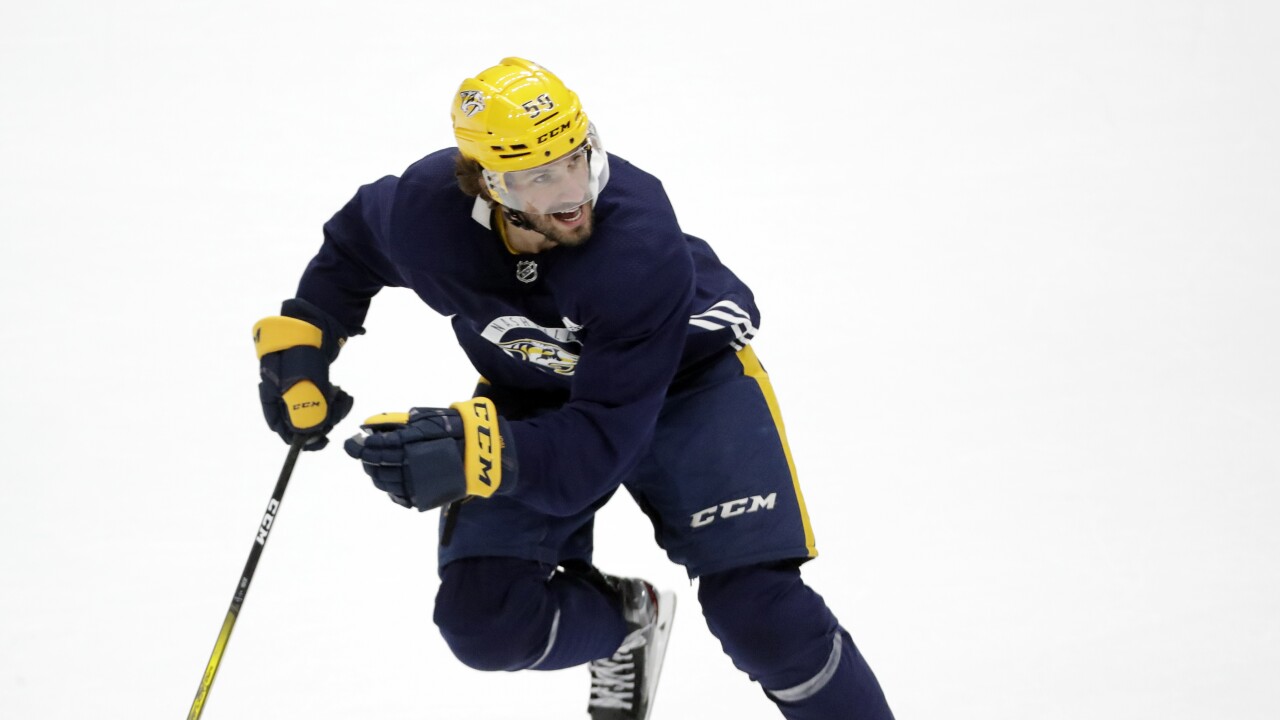 Roman Josi did what any good captain should do. He deflected the criticism off teammate Matt Duchene after the center’s inexplicable offsides wiped away the Predators’ apparent go-ahead goal in game three against the Coyotes Wednesday.

Josi said offsides happens “20 times a game” and that it was just unfortunate that particular miscue took away a goal. He’s not wrong, but timing is everything. And Duchene’s lack of timing on that play came back to bite the Preds in a big way.

In a game Nashville had controlled in terms of puck possession, shots and scoring chances, Kyle Turris’s breakthrough goal appeared to be the moment the Predators would finally take control of the game and the series. Instead, Duchene’s blunder may have swung the series the other way.

This isn’t to place all the blame on Duchene. That play alone didn’t cost the Preds game three, and certainly isn’t why they now trail the ‘Yotes 2-1 in this best-of-five Western Conference Qualifier. But his mistake is emblematic of the mental and physical gaffes by the team’s key players that have plagued them dating back to long before Duchene signed with Nashville last summer.

This is a group of great guys, full of talent, but the lapses are too costly to continue to ignore.

Following Duchene’s offsides a defensive breakdown by the Predators led to what proved to be the game-winning goal for the Coyotes. Three players, including defensemen Dante Fabbro and Mattias Ekholm, tracked to Derek Stepan on the rush, leaving Conor Garland alone in the slot. Stepan hit him with a pass and Garland was easily able to deke a slow to arrive Ekholm and shoot past Juuse Saros.

Minutes later with the Preds pushing to tie the score once again, veteran forward Craig Smith leveled Garland in the neutral zone, drawing a penalty for an illegal check. Taylor Hall’s goal on the ensuing power play effectively ended the game and pinned the Predators’ backs to the wall.

Arizona deserves credit as it stands one win away from a surprising series win. The ‘Yotes have been tough, clutch and, perhaps most importantly, largely free of glaring miscues through three games. They’re making the Predators work for everything while taking advantage of the opportunities they’ve been presented.

Sure, there’s been a little puck luck in there. Like the opening goal of game one that deflected off two Predators before going in, triggering a stretch in which Nashville surrendered three goals in 7:42. But arguably the most important goal of that game came in the second period with the Preds down 3-1 and on the power play. Star Filip Forsberg floated a soft pass towards the middle of the ice that was intercepted and led to a breakaway, shorthanded goal by Michael Grabner that gave the Coyotes a 4-1 lead that was too much to overcome despite a furious third period rally.

Forsberg is arguably Nashville’s most important player, and he’s been terrific in this series with two goals in game one and an assist in game three. But that careless play, in his own words, “can’t happen”.

And in this series, like the Dallas series from last year or Winnipeg two years ago, has seen the Predators commit too many gaffes. Yes, mistakes happen, but in the playoffs each one is magnified.

And now the Predators face the biggest game of 2020 Friday, needing a win to force a game five Sunday. Will they clean up their act? And will anybody in the locker room demand the attention to details that new coach John Hynes has been preaching? It’s what winning back to back postseason games will require.

Josi’s public protection of Duchene is fine, but behind closed doors it’s time to hold everyone on this team accountable.

The lapses have gone on for far too long. It’s time the Preds fix them, or it may be time to consider significant changes.