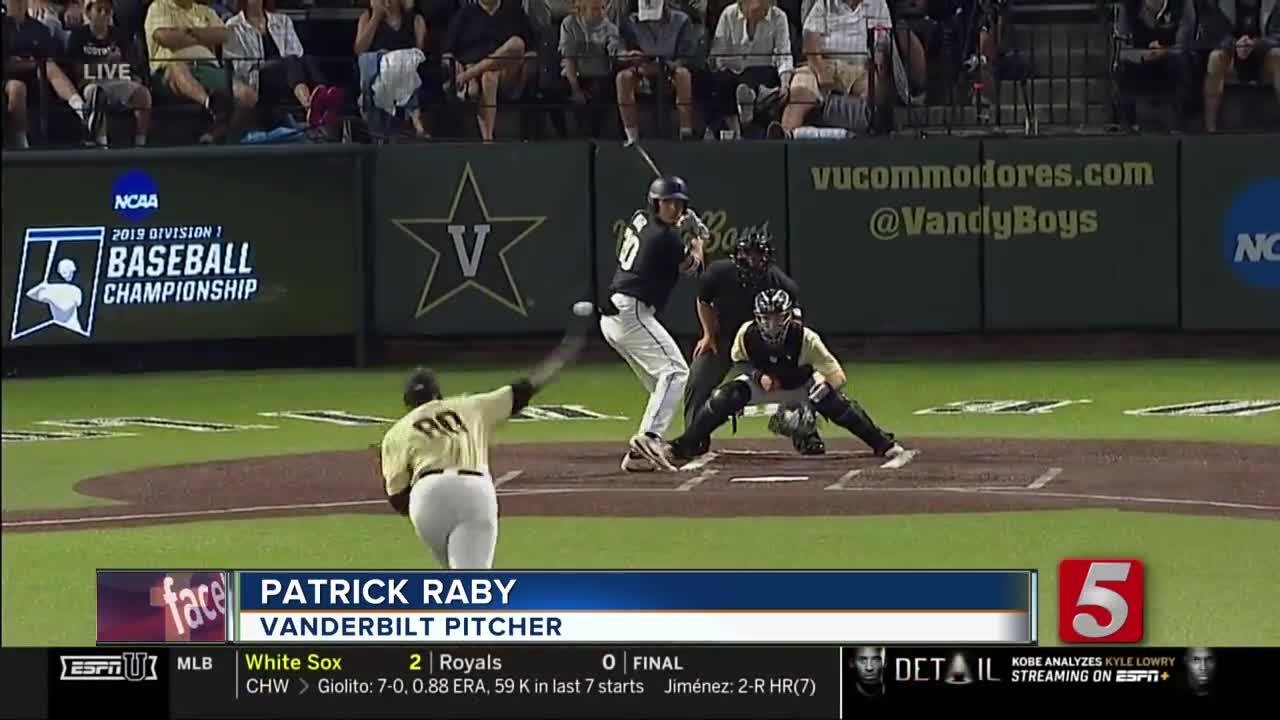 Kumar Rocker’s 19-strikeout, no-hitter Saturday, was the best pitched game in baseball history, citing his numbers and the stakes of an elimination playoff game for a Vanderbilt team considered by pretty much everyone around college baseball as the favorite to win the College World Series.

NASHVILLE, Tenn. (WTVF) — After Kumar Rocker’s 19-strikeout, no-hitter Saturday, I tweeted that I truly thought it was the best pitched game in baseball history, citing his numbers and the stakes of an elimination playoff game for a Vanderbilt team considered by pretty much everyone around college baseball as the favorite to win the College World Series.

My friends at 104-5 The Zone disagree with that assessment. The Midday 180 took up about half their show Monday debating the topic and criticizing me for being way off base, irresponsible in my reporting and a Vanderbilt homer among other things.

Co-host Chad Withrow called it a "terrible take", and said it would be like him saying a game he pitched in a Little League All-Star tournament was worthy of being discussed among all-time great performances.

The thing is, unlike Little League, college baseball’s rubber is 60 feet, 6 inches away from home plate and the games are nine innings long just like the big leagues. And Rocker's 19 strikeouts were two more than any no-hitter ever thrown in the majors. The fact it came in an elimination game against a Duke team that just scored 18 runs off Vandy pitchers the night before only adds to the accomplishment.

Fellow co-host Paul Kuharsky called my take a failure to understand the context of a game that spans a broad world and dates back to the 1800's. I won’t pretend to have seen every game in baseball history, but I turned to one of the game’s leading historians and someone Kuharsky cited himself on the show.

Bill James has devised something called the game score, which ranks every pitching performance based on a series of metrics that includes outs and innings recorded and strikeouts minus the base runners allowed. By that metric, Rocker’s game would rate a full 10 points better than any elimination game in big league history. It would rank second all-time in all games behind only Kerry Wood's 20 strikeout game, which of course was played in May and not the playoffs.

This is a subjective topic, so I’m willing to listen to anyone who wants to cite a specific game and the reasons why it’s the best. If you think Don Larsen’s perfect game in the 1956 World Series is best, great. Think Jack Morris’s 10-inning gem in game seven in 1991’s the best? That’s a solid take, too. There’s certainly more that can be in the conversation.

But I think Rocker’s should be, too, because, statistically speaking, what he did Saturday wasn’t just the best pitched college baseball game ever, it was a performance we’ve never seen before at any level. And it helped send Vanderbilt to the College World Series.