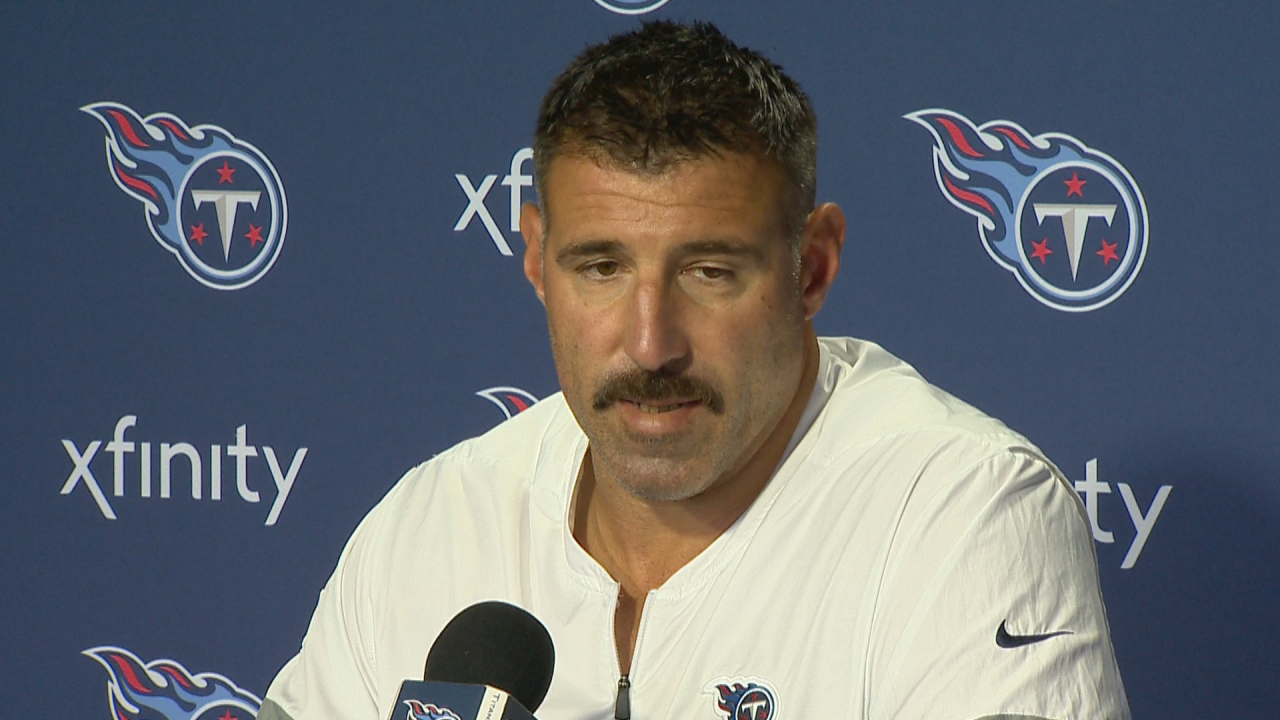 NASHVILLE, Tenn. (WTVF) — The Titans have to cut their roster from 90 down to 53 by 3 p.m. Saturday ahead of the regular season. There will be some tough choices for general manager Jon Robinson and head coach Mike Vrabel.

Here’s my Newschannel 5 projection for the team’s 53-man roster.

Mariota is the unquestioned starter, Tannehill an upgrade as the backup. I think Woodside, the hero of Thursday’s win over the Bears, is kept as an insurance policy for two quarterbacks that have histories with injuries and are both free agents at year’s end.

The Titans are hoping Henry can return to his December form as the best back in the league, and love Lewis as a change of pace back. Vrabel loves Fluellen, who is a capable runner and brings real value to special teams. Jeremy McNichols was maybe my toughest cut, but as good as he looked running the football I’m not sure he brings as much as he has to on special teams. Both he and Dalyn Dawkins would be practice squad targets if they are not picked up elsewhere.

Davis, Humphries and Brown give the Titans the potential to have three playmaking wide outs. Sharpe has shown a greater since of urgency this year, while any concern that Taylor may have been passed by on the depth chart seemed to be put to rest Thursday when he was held out of the preseason finale with the rest of the starters. Jennings is a return specialist that set the NFL record in kickoff return average last season.

The fact that these four players were the tight ends held out against the Bears leads me to believe Robinson and Vrabel are content with the guys they had last year, plus the return of the Pro Bowler Walker.

Levin backs up at center, while Douglas starts as the roving backup. Davis is kept while he gets healthy and tries to work himself to a place where he can be the guard of the future. Douglas is probably the odd man out when Lewan returns from suspension in October.

Mack has impressed this preseason, so much so that the coaching staff held him out of Thursday’s finale along with Casey and Jones while the free agent Urban, Johnson and Dickerson all played. Whatever the rotation, this unit appears to be upgraded from last season, especially if Simmons, this year’s 19th overall pick, is able to return from injury some time this year.

Evans, Brown and Woodyard will see the majority of the reps inside this season while Bates and the sixth round pick Long will play key roles on special teams.

The trade for Gilbert added much needed depth to this group and also probably means Derrick Roberson will be a practice squad candidate if he isn’t claimed off of waivers.

The top four in this group provide the Titans with one of the better cover units in the league. It was a bit eye opening that Smith played against the Bears while safety Josh Kalu did not, but I still think he makes the team. Despite being sidelined all last season by injury, he provides a hard hitter that has value on multiple special teams.

The Titans have a strong group of safeties led by the All-Pro Byard. Kalu’s selection may surprise some, but when you’re trying to get the 53 best players on the roster it’s difficult seeing him not make the cut.

It is a luxury that should not be overlooked that the Titans have had three reliable pros in these roles for several years now.