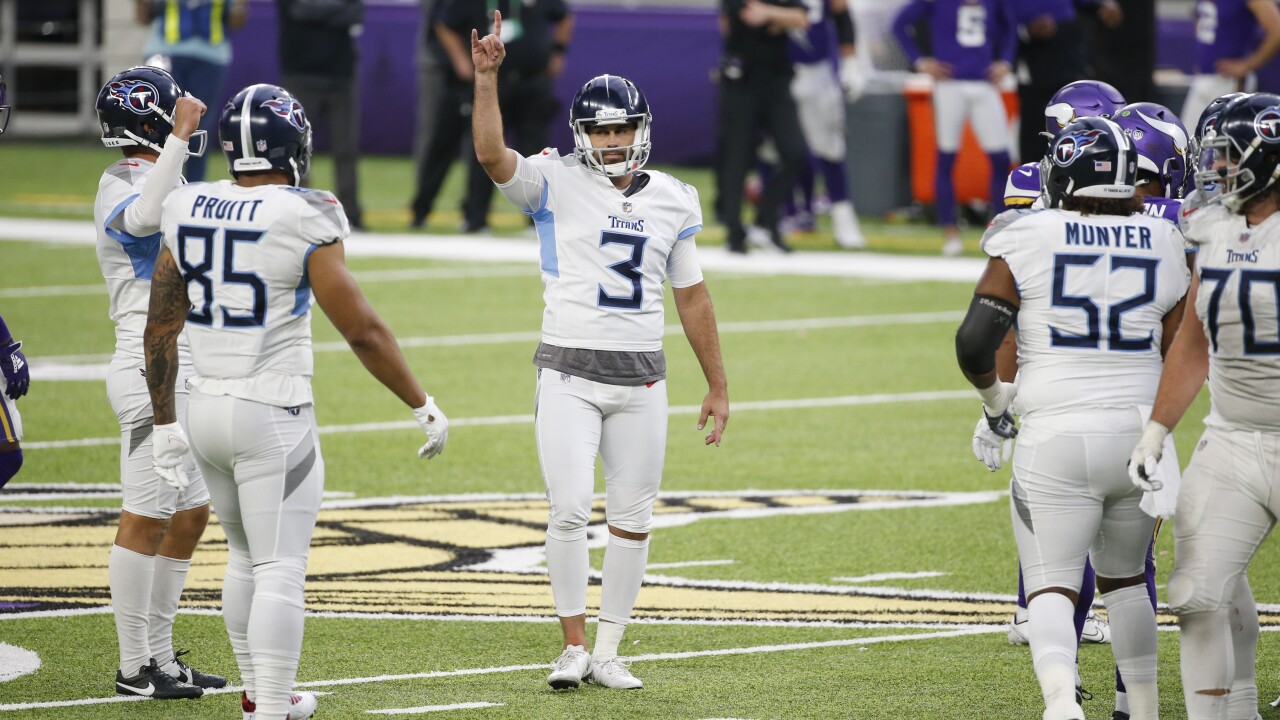 NASHVILLE, Tenn. (WTVF) — Stephen Gostkowski made another clutch kick and the Titans pulled through in another nail-biter, edging the Vikings 31-30 Sunday in their first ever trip to U.S. Bank Stadium.

The victory means the Titans are 3-0 for the first time since 2008. It’s as good as they could do. But just how good are they?

There are plenty of reasons to caution going overboard with optimism. The defense gave up 30 points again, surrendering 464 yards to a Vikings offense that struggled mightily in Indianapolis a week ago. Kirk Cousins got back on track, and Dalvin Cook and Justin Jefferson had career days against a Titans’ defense that is nowhere near the level it was at the end of last season during the team’s run to the AFC Championship game.

Cook ran for a career-high 181 yards on 22 carries, gashing through a defensive line that seems to lack some punch beyond emerging star Jeffery Simmons. Jefferson took advantage of a secondary, that remains without starting cornerback Adoree’ Jackson, to have the best game of his young NFL career. His 71-yard touchdown haul in the third quarter, highlighted a seven reception, 175 yard day, and put the Vikings up 24-12.

It took a little while for them to get going, but once again the Titans’ offense put this team on its back.

They managed to score just three points off of two Vikings turnovers deep in their own territory, and settled for field goal attempts on possessions that stalled out at the Minnesota 21, 20, 29 and 12-yard lines. But Derrick Henry scored on a pair of one-yard touchdown runs in the span of 2:30 in the third quarter as the Titans took the lead. And even after the Vikings regained the lead, Tennessee never flinched.

Ryan Tannehill threw for 321 yards and directed the Titans back into field goal range, not once but twice over the final minutes. Gostkowski made each drive count, connecting from 54-yards and then the 55-yard game-winner with just 1:44 to go.

Gostkowski has now officially put to rest the questions about his kicking following his woeful, four-miss debut in Denver two weeks ago. He set a career-high with six made field goals Sunday, and made the game-winning kick for the third straight week.

The offense continues to pile up yards and points. Henry ran for 119 yards on 26 carries, helping to extend the Titans’ unbeaten streak when he gets at least 25 rushes. Corey Davis, Adam Humphries and Jonnu Smith continue to make plays for Tannehill, and Kalif Raymond added a deep threat to the arsenal. The 5’8 speedster blew by Vikings cornerbacks on a pair of playaction passes that went for 44 and 61 yards, respectively. He finished with a career-high 118 yards on just three receptions.

But the Titans lost Pro Bowl left tackle Taylor Lewan to a shoulder injury in the first half Sunday, and star wide out A.J. Brown continues to be sidelined due to a bone bruise. The sky is the limit for this offense, but Lewan and Brown are key pieces they need healthy and on the field.

And the defense needs Jackson back. Significant off season changes have left the Titans susceptible defending against the run and against the pass.

Yet the Titans are 3-0 for just the fourth time. In a September of games in empty stadiums the one thing that has become clear about these Titans is the fact that they believe. Yes, they have grit and toughness. They’ve also developed a swagger while winning 12 of their last 16 games dating back to the decision to go with Tannehill last season.

Despite any struggles, they believe they will make the stop or get the turnover when it matters. The Titans held the Vikings to 14 total yards on their final two possessions, the second of which ended when Amani Hooker’s interception sealed the game. They believe Tannehill will lead the offense down the field when the chips are down, as he’s now done in each of the first three weeks of the season. And yes, they believe the kick is going in.

How good are the Titans? We’ll get a better sense of that over the next three weeks when they host the 3-0 Steelers, 3-0 Bills and rival Texans. For now, they’ve been just as good as they’ve needed to be, winning their three games by a razor thin margin of six combined points.

They are winning games even when they haven’t been at their best, which is perhaps the best quality a team can have. The play hasn’t been perfect, but the record still is.