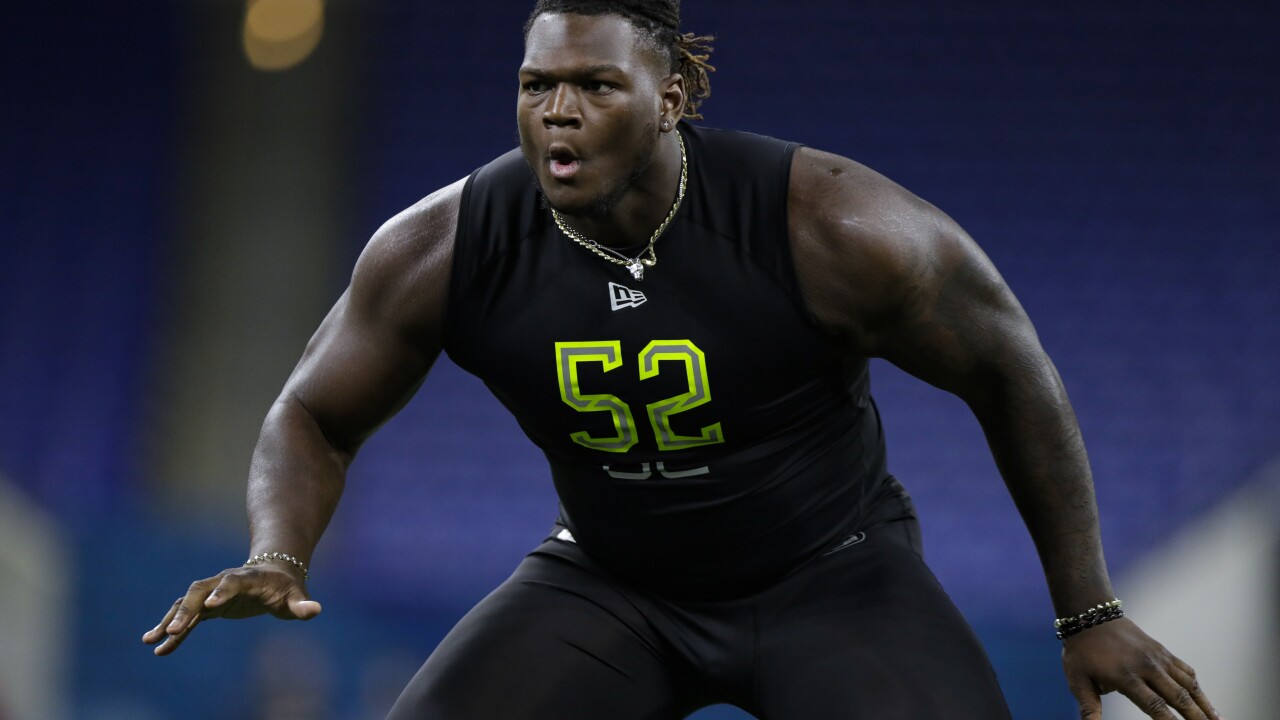 NASHVILLE, Tenn. (WTVF) — The Titans selected Georgia offensive tackle Isaiah Wilson with the 29th overall pick in the first round of the NFL Draft Thursday.

The 6’7, 340 pound Wilson gives the Titans added depth on the offensive line and figures to eventually challenge Dennis Kelly to start at right tackle.

Wilson played just two seasons at Georgia after his redshirt year, but was a 2019 Associated Press All-SEC second team selection. He was also the co-winner of the team’s Offensive “Up Front” Award, sharing the honor with Andrew Thomas who went fourth overall to the Giants.

Wilson started the season on the Outland Trophy Watch List, but missed two early games due to injury.

In 2018 Wilson was named to the FWAA Freshman All-America Team as well as the All-SEC Freshman team while starting all 14 games at right tackle. He was named co-winner of Georgia’s Most Improved Offensive Player Award.

Wilson grew up in New York and Washington a Parade Magazine All-American Honorable Mention selection. He was also named to USA Today’s All-American second team and was selected to the Under Armour All-Star game. Wilson even lined up at quarterback in one game, scoring three touchdowns on 20 yards.

Analysis: Wilson is a monster with huge upside that figures to be a fixture on the Titans offensive line for years to come. But his youth coupled with the fact that there figures to be no offseason program this year makes him a project piece for Mike Vrabel and the coaching staff. It’s likely he will start training camp as the team’s fourth offensive tackle.

That reality left some people scratching their heads about the Titans’ pick. Wilson was the no. 66 rated prospect on the composite board and was selected at 29 when there were highly rated prospects at defensive line, edge rusher and cornerback - a position of real need for the Titans - on the board.

Many thought the Titans might look to trade out of the first round Thursday in order to pick up more picks. But that takes a willing trade partner that apparently did not materialize.

It will be interesting if the Titans make any moves Friday to try to ensure they get one of the several top rated cornerbacks that remain on the board.