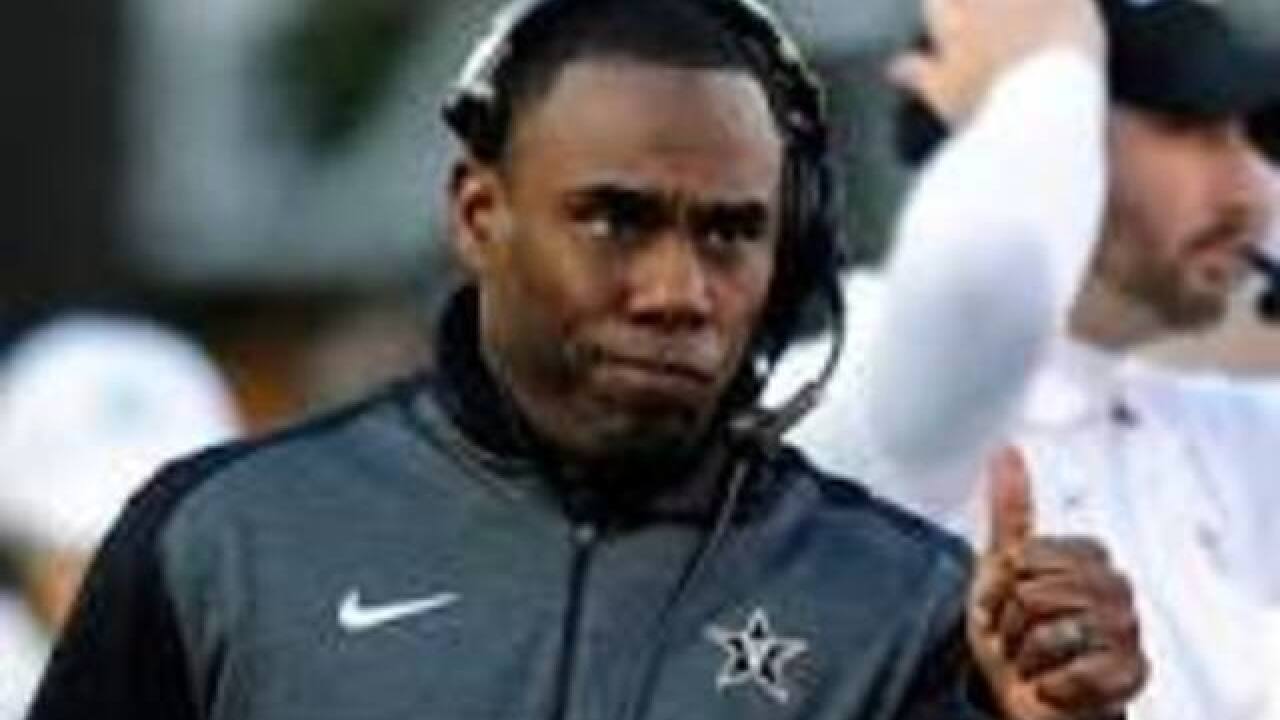 Copyright 2018 Scripps Media, Inc. All rights reserved. This material may not be published, broadcast, rewritten, or redistributed.
&lt;p&gt;Derek Mason and Vanderbilt suffered a tough 33-28 loss at Missouri Saturday.&lt;/p&gt;

If the month of November and whether or not Vanderbilt can win two games and qualify for a bowl game will serve as a referendum on Derek Mason's five season run as the Commodores head coach, Saturday's early returns did not look good. And much of the blame falls on Mason himself in a 33-28 loss at Missouri.

Mason had Vanderbilt ready to play. Ke'Shawn Vaughn ran hard, gashing the Tigers defense for 182 yards on 15 carries, including a 65-yard touchdown. He added another TD on a four-yard pass from Kyle Shurmur.

Jared Pinkney's touchdown catch gave Vandy a 21-10 lead, and even after Missouri cut the deficit to two, the Commodores responded with a touchdown drive of their own. Khalija Lipscomb's fantastic leaping grab in the corner of the end zone pushing the lead back out to 28-19.

It looked like the Dores had another answer following Mizzou's next TD. Shurmur hit Lipscomb for 20 yards and Vaughn ahd a 44-yard run that set up first and goal from inside the five.

But that's when Vaughn checked out to grab a breather. Not for a play or even two, but for three straight runs by Khari Blasingame. When Vaughn checked back in for fourth and goal from the one, the Tigers sold out to stop the star tailback and did inches shy of the goal line.

Vaughn is the most explosive running back in the SEC and the Commodores' best player. He has to be on the field for more than one play in a critical sequence like that. The turnover on downs flipped the momentum to Missouri, and the Tigers capitalized by driving 99 yards in 14 plays for the go ahead score.

Critics of Mason's game management would get another wound to pick at late in the fourth quarter. With Missouri trying to run out as much time as possible leading by five, Vanderbilt forced a third down completion to Damarea Crockett out of bounds at the 13-yard line, briefly stopping the clock with 2:13 to play before a field goal attempt.

But because the play ended with more then 2:00 left, the clock started once the ball was spotted and Missouri ran off 21 precious seconds before Mason noticed and was able to track down an official to call a timeout.

That type of sequence just simply can not happen. Somebody, whether it be Mason himself or a coach in the pressbox, has to be keeping track of the clock and make sure a timeout is called in that situation.

The Commodores caught a break when Tucker McCann missed the field goal, so they got the ball back at their own 20 with 1:48 to go. But what followed was a possession bungled by more poor clock management.

Shurmur was sacked on the very first play, forcing Vandy to use its final timeout. You would think that would force them to pick up the pace and throw either beyond the first down markers or towards the sidelines at that point, right?

Instead, Shurmur completed three different passes short of line to gain, which kept the clock running. The final one coming on a six-yard pass to C.J. Bolar with :18 to play. Vandy was unable to do anything more than spike the ball for one desperation heave to the endzone which fell incomplete.

Vanderbilt has no margin for error in SEC play, so it can't afford self-inflicted wounds. Mason handcuffed his team in the fourth quarter Saturday and it cost them a chance at a breakthrough win.

Now the Commodores will have to win their final two games against Ole Miss and Tennessee to go bowling for the second time in Mason's five seasons.

If they don't, there will be serious questions as to whether Mason should be back for year six.