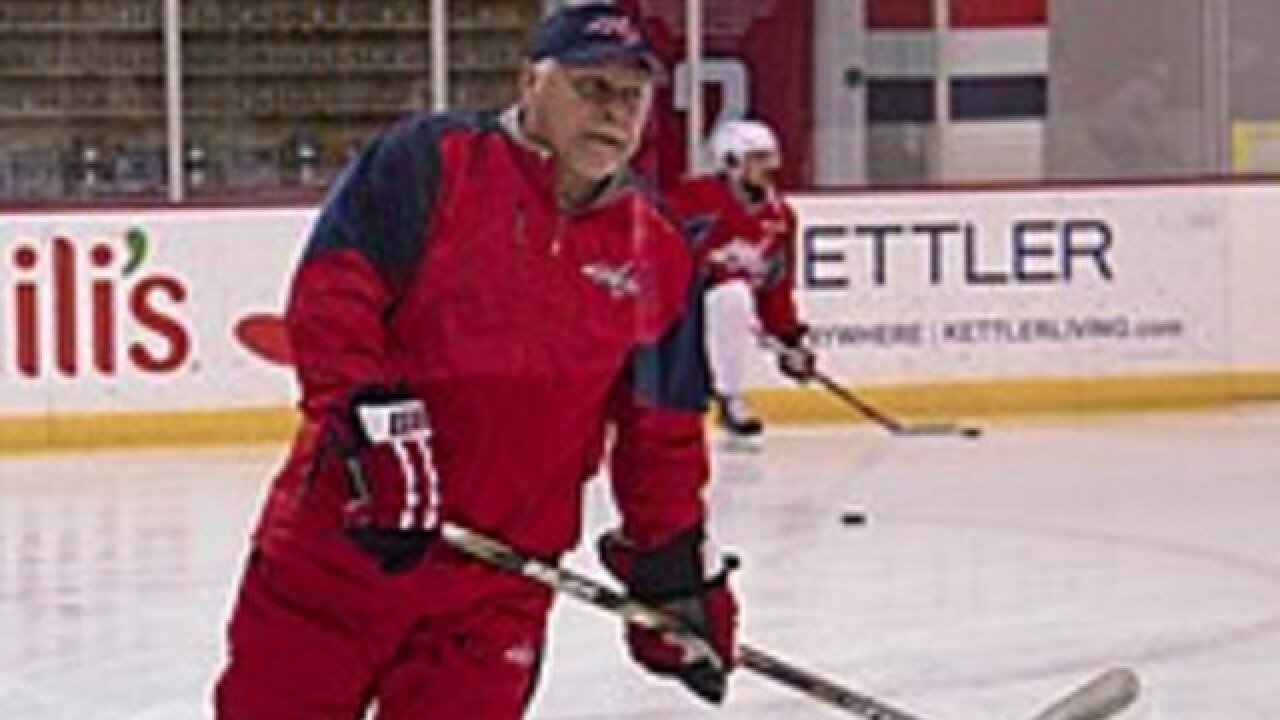 Copyright 2018 Scripps Media, Inc. All rights reserved. This material may not be published, broadcast, rewritten, or redistributed.
&lt;p&gt;Barry Trotz announced his resignation as Capitals head coach Monday after leading the team to its first ever Stanley Cup title earlier this month.&lt;/p&gt;

Good for Barry Trotz. First, for finally breaking through and winning the Stanley Cup with the Washington Capitals a couple weeks back. And then for telling the Caps goodbye Monday, despite winning that Cup, after years of the organization refusing to stick up for him.

All Trotz did in his four seasons in Washington was win 205 games, more than any other team in the league. He won division titles and two President's Trophies, but all you ever heard was how he couldn't win in the playoffs.

Capitals management never stood up for the guy that was leading their team to all these victories. And, oh by the way, it's not like Bruce Boudreau, Dale Hunter, Adam Oates or any other coach had great postseason success before Trotz.

The 55-year-old coach just continued to show up for work trying to pull the most out of his team, a group of guys he described as "my kids" during the Stanley Cup parade last week.

Then a crazy thing happened. Trotzy and those Capitals won the Eastern Conference title and conquered the Golden Knights in a five-game Final to capture the Capitals' first Stanley Cup.

It was the first professional sports title in D.C. since the 1991 Redskins, which was good enough to make Trotz a hero for Caps' fans. It was not enough to repair the frayed relationship between team management and the head coach.

It guess if you keep telling your wildly successful head coach that he will be out of a job unless he wins the Stanley Cup, you shouldn't be surprised if he decides to leave you after he wins it.

The Capitals had a built-in two-year extension for Trotz if he won the Cup, but the money involved was not on pair with other Stanley Cup winning coaches. Negotiations for a new deal never really took off.

As it turns out, Trotz doesn't need the Capitals perhaps as much as the Caps need Trotz. He's the only coach in the franchise's history to deliver a title from behind the bench, and now he will be a hot free agent for the vacant Islanders job or any other team that may reexamine their coaching situation now that a Stanley Cup champion is available.

Trotz gave the Capitals his all for four seasons with smashing success, but rarely got the same in return from the organization. It was a heckuva run, but good riddance.

Trotz deserves an organization's full support. Whoever is lucky enough to land him will get a Stanley Cup champion coach and one of the best men in hockey.