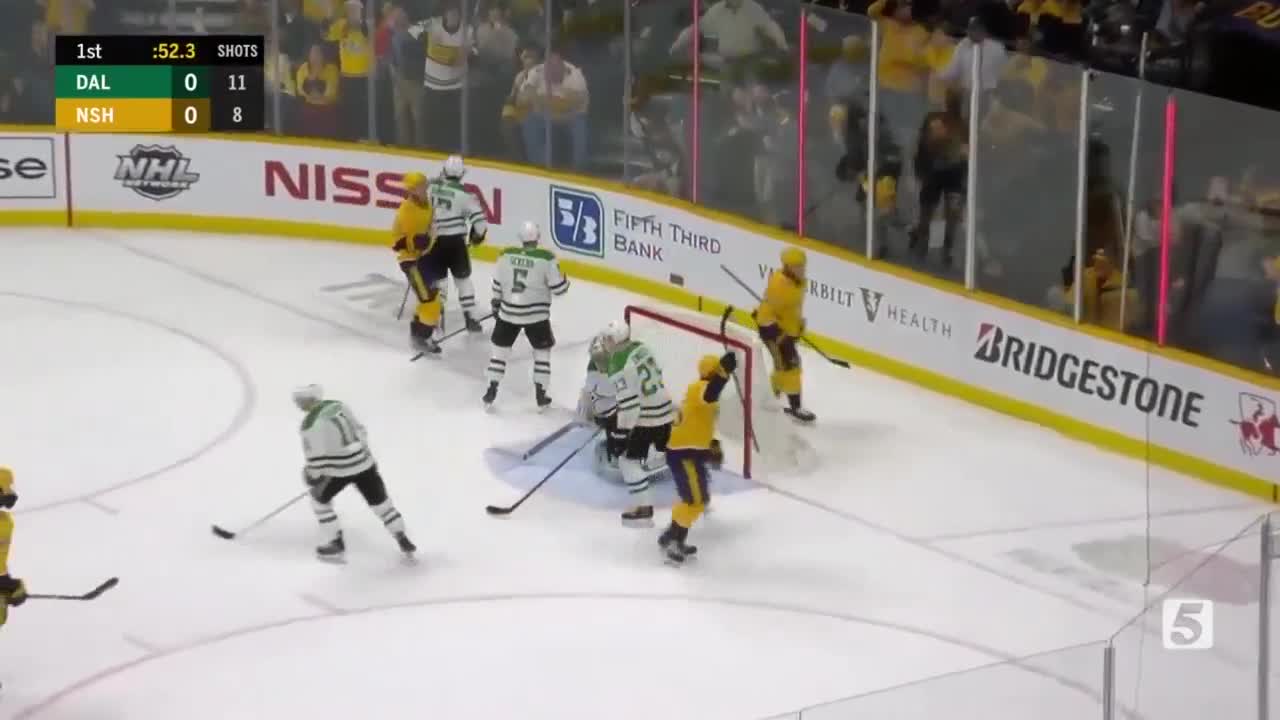 It has been 142 days since the last time the Predators played a hockey game. That changes this afternoon when they will meet the rival Stars in their one and only exhibition game before the NHL’s official re-start this weekend.

NASHVILLE, Tenn. (WTVF) — It has been 142 days since the last time the Predators played a hockey game. That changes this afternoon when they will meet the rival Stars in their one and only exhibition game before the NHL’s official re-start this weekend.

On March 12th the Predators were in the middle of a three-game winning streak and getting ready for a game in Toronto when they were called back to Nashville. The NHL season was officially placed on pause because of the spread of the Coronavirus in the United States and Canada.

At the time some thought the pause would last just a few weeks, others thought it might be a couple of months. No one could envision what was to happen over the next four and a half months.

As days went on and the death total rose it began to seem like time may be running out to finish the season. But the NHL, its teams and, ultimately, the players wanted to play. In June they announced a plan that would allow them to finish with 24 teams in two hub cities.

The regular season was over. The quest for the Stanley Cup began. But even then we had to wait for hockey as teams brought players back from all over the world, put them through stringent COVID-19 testing protocols and held training camps in their local markets.

Yes, today’s game is technically only an exhibition. But tell that to Predators’ fans that have waited all this time just to see the boys in gold again.

And try telling that to the players. They’ve waited just as long to get back, many of them without access to ice or even their equipment during the beginning stages of the pause.

“It’s going to be very exciting,” Predators goaltender Pekka Rinne said. “Just being able to get back out there and play an actual game. Obviously, we’re going to miss our fans. That’s a huge part of our game, but under these circumstances, I think we all are just excited to play an actual game.”

The opponent should have their attention as well. The Stars upset the Predators, eliminating them in six games in the first round of last year’s playoffs.

The Preds never found their mojo in that series and struggled to recover it this season. A 4-2 loss to Dallas in the Winter Classic on New Year’s Day in which the Stars scored the game’s final three goals in the third period after the Predators jumped to an early 2-0 lead. Adding injury to insult, Corey Perry’s errant elbow concussed Ryan Ellis and sent the defenseman to injured reserve for more than a month.

The frustrations of that day in the Cotton Bowl set the stage for the dismissal of head coach Peter Laviolette Jan. 7th and cemented this as a heated rivalry. Not a bad way to jump back into action.

“I guess your first reaction when you see you’ve got to play a rival in an exhibition is like, ‘oh, come on,” because we know it’s going to be an intense game,” Predators center Ryan Johansen said. “But at the same time we’re trying to get ready for playoff hockey so, in a way, it’s good we’re going to jump right in to this competitive, intense game.”

The game should get the competitive juices flowing once again, and should also be a good measuring stick. The Predators were playing their best hockey under new coach John Hynes, buoyed by back-to-back wins over the Stars in that three-game winning streak in March before the season was placed on pause. Another win this afternoon should give the Preds a shot of confidence going into the series against the Coyotes.

This is a team that has underachieved for much of this year. Did the reset help the team’s top stars find their game? If so, Nashville could be a contender in the Western Conference.

We’ll find out the answer to that soon enough. But for today let’s just enjoy the return of hockey.