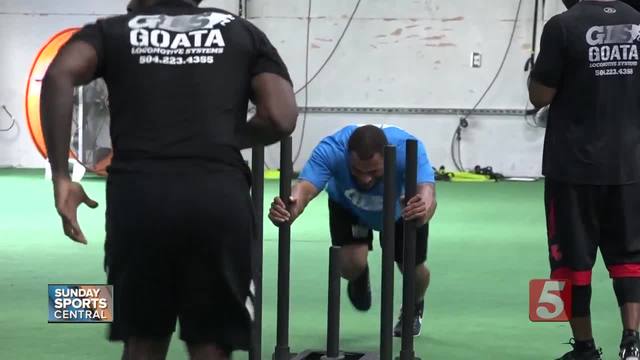 In the heat and humidity of the Louisiana summer Joseph Este battled more than just the sizzling temperatures. Este is a longshot NFL prospect hoping to get the chance to play on Sundays. 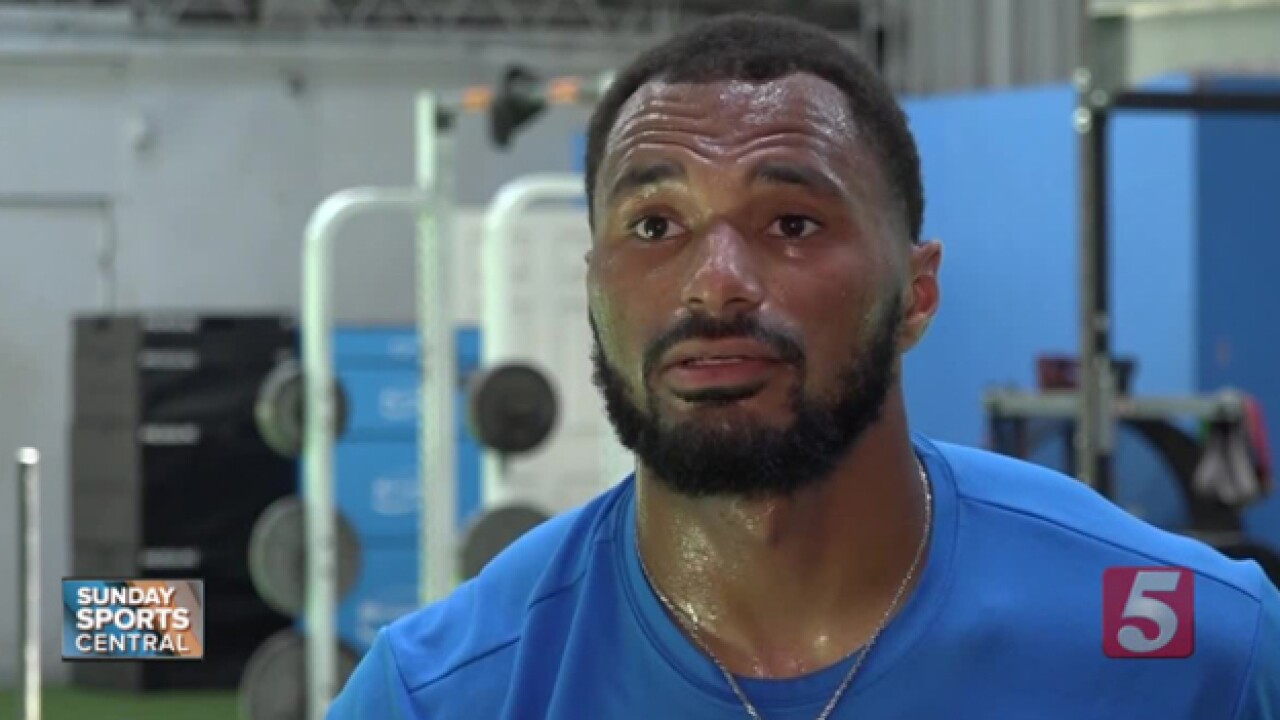 In the heat and humidity of the Louisiana summer Joseph Este battled more than just the sizzling temperatures. Este is a longshot NFL prospect hoping to get the chance to play on Sundays.

But that’s just a small part of his fight.

“I’ve never met anyone in my life like Joe. Until I met Joe.”

Meet Gary Scheffler, the owner and operator of GLS Next Level Performance in Marrero. He’s also the man who helped Este train to get prepared for training camp.

Scheffler took on Este as a favor to his old high school coach Don Cox. But just two weeks into working with him, Scheffler discovered Este’s story, and the two developed a connection that was much deeper than just training.

During his first semester as a football player at UT Martin, Este received a call from his mother that would rock his world.

“One day she called me and said, ‘son, I can’t do this,’ and I’m like, ‘can’t do what?’” Este said following a recent workout. “She’s like, ‘I can’t take care of the boys no more,’ and that was a devastating moment for me because it was like, ‘Okay, no what? They don’t have nowhere else to go.’”

Candrice Este had been taking care of Joseph’s two nephews ever since his sister began struggling with substance abuse. At 22 years old and with his family life in turmoil, Este considered throwing in the towel on his football career.

That’s when Cox, the man Este refers to as “Pops”, stepped in.

“His coach called me first and was like, ‘Joe’s going through some problems. He’s thinking about quitting because of his nephews,” Cox said. “Well, no Joe’s not going to quit. We’re going to find a way.”

As a junior in college Este took in his elementary school-aged nephews, Zachary and Christopher.

That was just the first piece of heartbreaking news Este would receive from his mother.

Less than a year later he received another phone call from Candrice that would shake his world to its core.

At the end of the his first season with the Skyhawks Joseph’s mother told him she had been homeless for two years. She had been living out of her truck and sleeping in the parking lot of a Louisiana casino.

Este was forced to grow up once again, taking in his mother as well, all the while remaining a standout on the football field for UT Martin. His performance with the Skyhawks gave him an opportunity to pursue his dream of one day playing in the NFL and being able to provide for the family he loves so much.

Joseph is an inspiration not just to his family, but to his personal trainer as well.

“I started reading into it and the situation and all and it really struck my heart,” Scheffler said. “I’m in recovery also and his sister was going through some struggles, and what he had done for his nephews I had family that helped out with my oldest daughter, so I almost felt like he was supposed to be here at that point.”

His path to the pros was a longshot, Este has always defied the odds. He got invited as a tryout player for Titans’ rookie mini-camp, and after that weekend was one of just five players to receive an undrafted free agent contract and the opportunity to try to make the team in training camp.

The contract was handed to him personally by general manager Jon Robinson.

“Mr. Jon Robinson, he was like, ‘I don’t know why you got all those bags, but you ain’t flying nowhere anytime soon, we’re going to keep you in Nashville,’” Este recalls the moment. “Right then and there it was just a life-changing moment.”

This road of life has detours, roadblocks and dead ends. But Este has navigated them all, and is living out his dream in a NFL training camp.