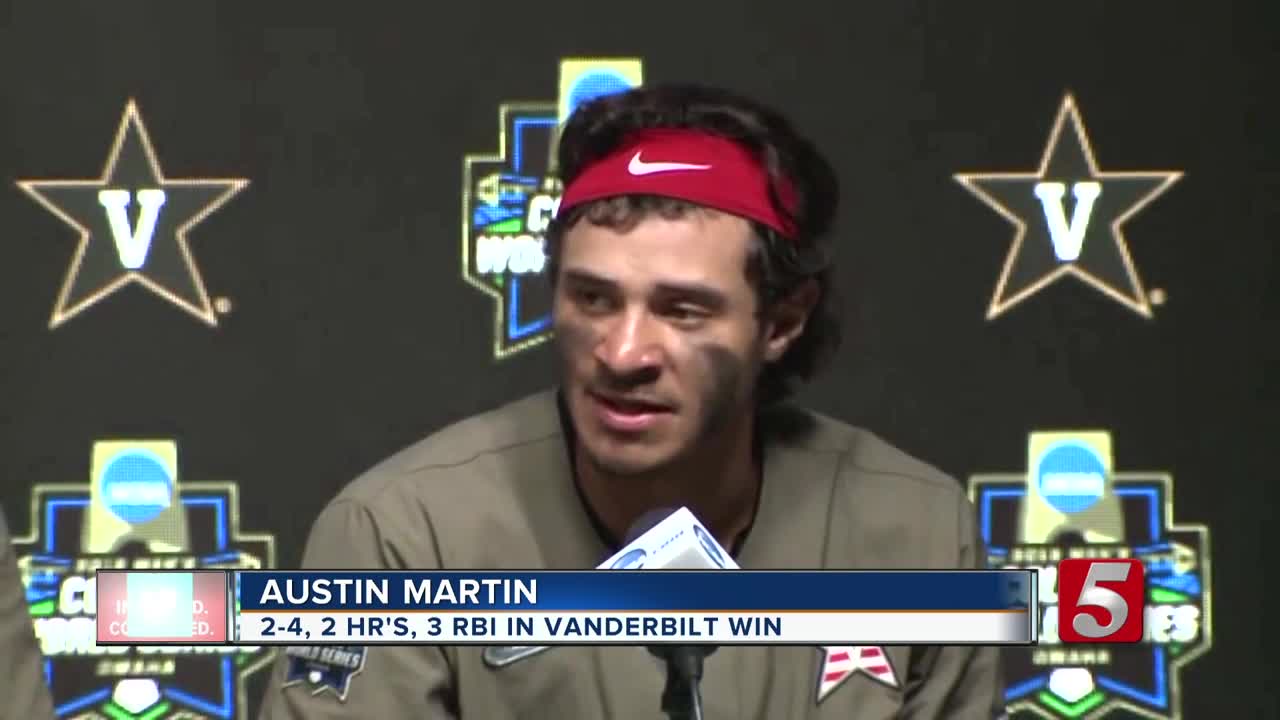 As the nation’s home runs leader J.J. Bleday gets most of the attention at the top of the Vanderbilt lineup. But opponents would be unwise to sleep on Austin Martin. 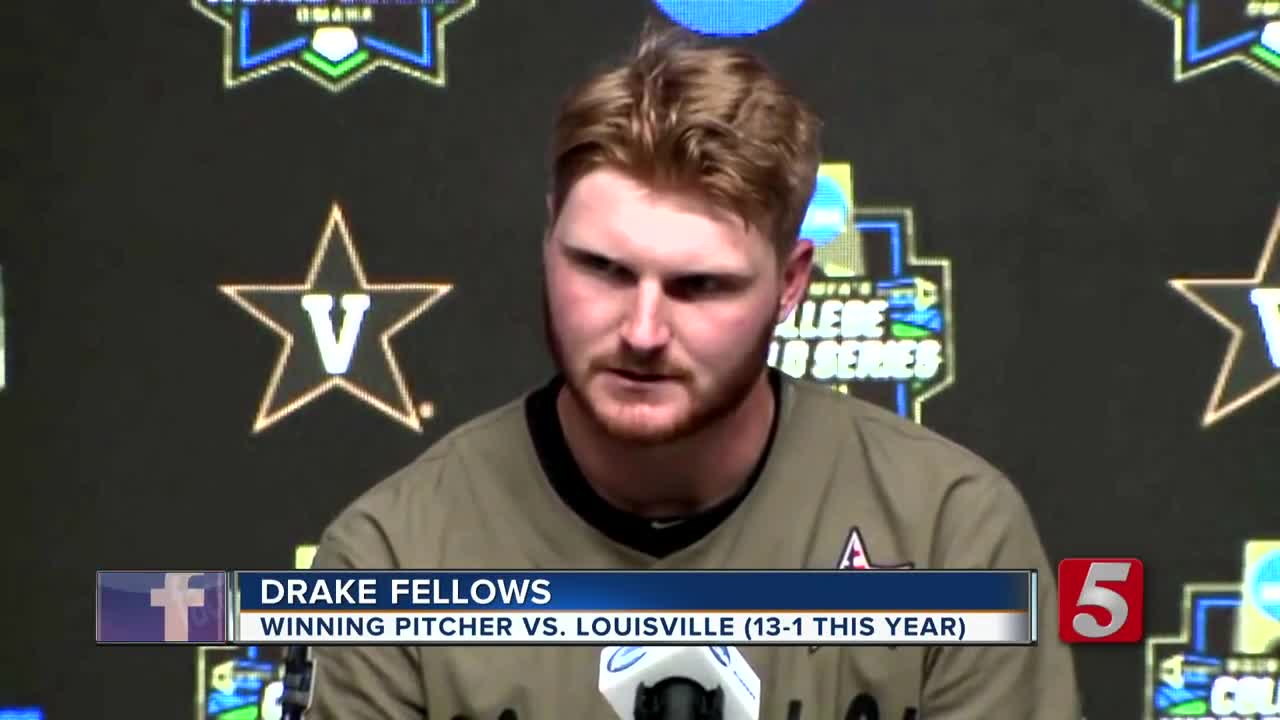 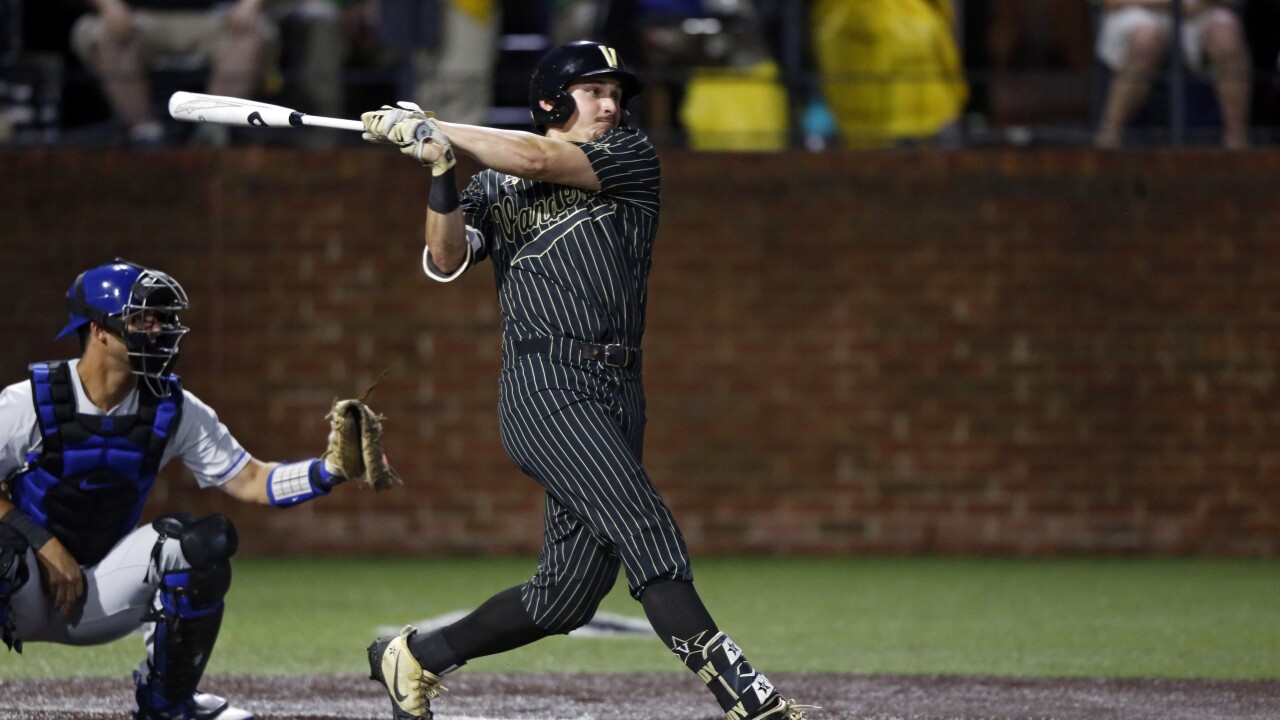 NASHVILLE, Tenn. (WTVF) — As the nation’s home runs leader J.J. Bleday gets most of the attention at the top of the Vanderbilt lineup. But opponents would be unwise to sleep on Austin Martin.

The leadoff man is hitting .411 and has been making opposing pitchers pay in the NCAA Tournament. Over the last two games Martin has four home runs in seven plate appearances.

“He’s just as good of a competitor as we’ve had,” Vanderbilt head coach Tim Corbin said. “I don’t want to throw the word clutch on him because I think he’s so consistent in what he does. It’s just game after game. He doesn’t take games off, he doesn’t take pitches off.”

Martin broke the ice in the decisive game of Vanderbilt’s Super Regional against Duke by leading off with a home run. He then homered again later in the blowout win over the Blue Devils.

Martin did the same thing on Sunday in the Commodores opener at the College World Series, leading off the bottom of the first against Louisville with a home run and then belting a two-run shot in the seventh inning that proved to be the game-winner in the 3-1 win.

“I actually talked to Harrison (Ray) and he said, ‘he was attacking in,’” Martin said after the game. “So I took his advice, took a couple steps off the plate so I could give myself a little more room. I saw the spin early off my front shoulder and just tried to put the best swing I could put on it.”

LEAD FELLOWS
Drake Fellows wasn't good in the Super Regional. The Vanderbilt ace gave up seven runs to Duke in a game the Dores eventually lost 18-5.

It was his first loss of this season after 12 straight wins. It was also his first loss since a similarly bad performance in game one of the Super Regional last year against Mississippi State.

Fellows returned to form Sunday against Louisville, helping the Commodores get off to an all-important good start in the double-elimination bracket in Omaha. He struck out six batters while scattering seven hits and allowing just one run over seven innings to pick up his 13th win of the year.

“Just getting all of my pitches over for strikes (was the goal),” Fellows said. “Especially the fastball command wasn’t really there last week, so I think that was just the plan of attack to just keep the location down and attacking the zone. And the offense gave me a little bit of a boost as well.”

TOUGH PART OUT OF THE WAY
Now Vanderbilt will meet no. 6 national seed Mississippi State in a winner’s bracket game Tuesday at 6 p.m. The winner of that game will move into the driver’s seat on this side of the bracket, needing to win just once in two potential chances to reach the College World Series finals next week.

After getting off to a bit of a nervy start in the program’s first trip back to Omaha since 2015, Corbin hopes his team will be ready to settle in and play its best baseball the rest of the way.

“We’ve done it four times, but it’s not easy,” Corbin said of having to step on the T.D. Ameritrade Park field for a team’s first game at the College World Series. “I told them when they got through that game that might be the most difficult game they played regardless of what happens after this.”

Vanderbilt will start freshman Kumar Rocker against the Bulldogs. Rocker turned in one of the most dominant pitching performances in the history of college baseball in the Super Regional, throwing a no-hitter while striking out 19 batters against Duke in a 3-0 win 10 days ago.