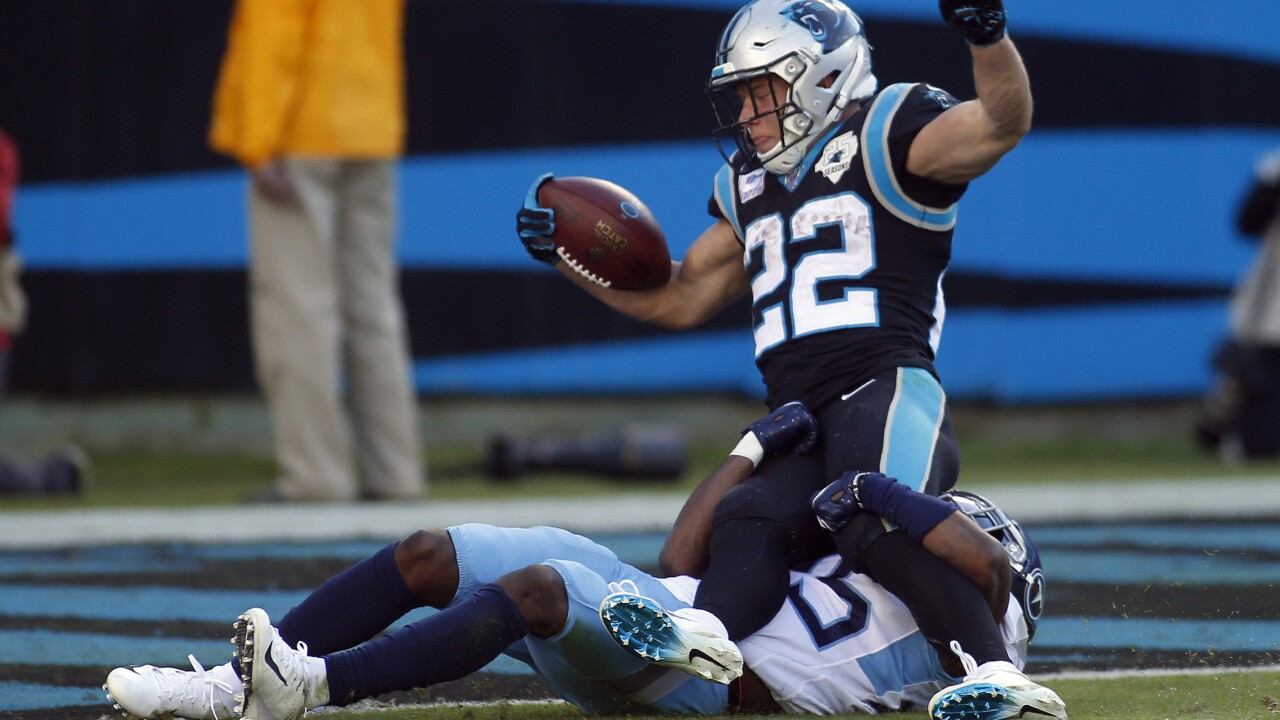 CHARLOTTE, N.C. (WTVF) — The Titans came to Charlotte riding a two-game winning streak and with an opportunity get above .500 for the first time since week one. But a 30-20 loss to the Panthers sent them home once again frustrated.

Turnovers, sacks and penalties stalled the offense in the first half, and a worn out defense failed to come up with the big plays and critical stops in the second half it has done so many times so far this season.

The Titans had a chance to grab the lead on their opening drive, but Ryan Succop missed a 43-yard field goal. It was the first of two misses by Succop in his first game of the season after being activated from Injured Reserve.

“I had a good week of practice,” Succop said after the game. “I thought things were progressing nicely and the obviously just didn’t get it done today. That’s tough. That’s on me.”

It was a squandered opportunity at the end of an impressive drive for an offense that spent the rest of the half shooting itself in the foot.

Dion Lewis got a bigger role in this week’s gameplan, but promptly fumbled. The play that Lewis described as unacceptable seemed to send the Titans into a tailspin

Tannehill entered the day 2-0 as the starting quarterback, but threw a pair of interceptions and failed to lead the offense to a single third down conversion in the first half.

“It hurts, especially how it went down,” Tannehill said. “We didn’t execute. We didn’t play well in the first half. We kept shooting ourselves in the foot and when you do that it’s tough to swallow.”

The Panthers ran 41 plays compared to the Titans’ 21 in the first 30 minutes of the game while holding the ball for nearly 10 more minutes while building a 17-0 lead. It was the fourth time this season the Titans have failed to score in the first half, and it was a hole that was too big to climb out of.

Derrick Henry did his best to spark the offense. After getting just two touches in the first half, Henry carried seven times for 47 yards on the opening possession of the third quarter, capping the drive with an eight-yard touchdown.

It appeared that the Titans had shifted the momentum after the defense forced a three and out, but the special teams let them down as the Panthers gambled and converted a fake punt on fourth and four in their own territory. With a second chance, Carolina drove the field for a touchdown and regained control.

“We’ve seen it before when it’s happened for us with a fake punt. It’s big,” safety Kenny Vaccaro said. “It can’t happen. You give up a fake punt and have missed opportunities, you’re going to lose 99 percent of the time.”

A 23-yard TD reception by Henry pulled the Titans within 24-14 early in the fourth quarter, but Christian McCaffrey broke free for a backbreaking 58 yard run that helped put the game away.

McCaffrey prompted MVP chants from the crowd with 146 yards rushing and three T-D’s.

Carolina’s 30 points are the most allowed by the Titans all year, a week after they gave up a season-high 23 to the Bucs. That could be a cause for concern about a unit that, like Sunday, has been on the field a lot this season and asked to carry the lion’s share of the load for this team.

“If you don’t start the game offensively and don’t finish the game well defensively, you can’t win a game like that on the road, especially against a good team,” safety Kevin Byard said.

It’s nine games into the season and the Titans are yet to put together a complete, 60 minute effort in all phases. And the unfortunate bottom line for those waiting for this team to shake the inconsistencies is that this team just isn’t very good.

It’s hard to see that changing at this point. And time is running out on a 4-5 team that has to string a long winning streak together down the stretch to have any chance of reaching the playoffs.

“Every game is critical,” Vrabel said. “Which is why we’ll go right back to work. We put ourselves in position to make a run in the second half of the season. Unfortunately today we didn’t take the step that we needed to.”