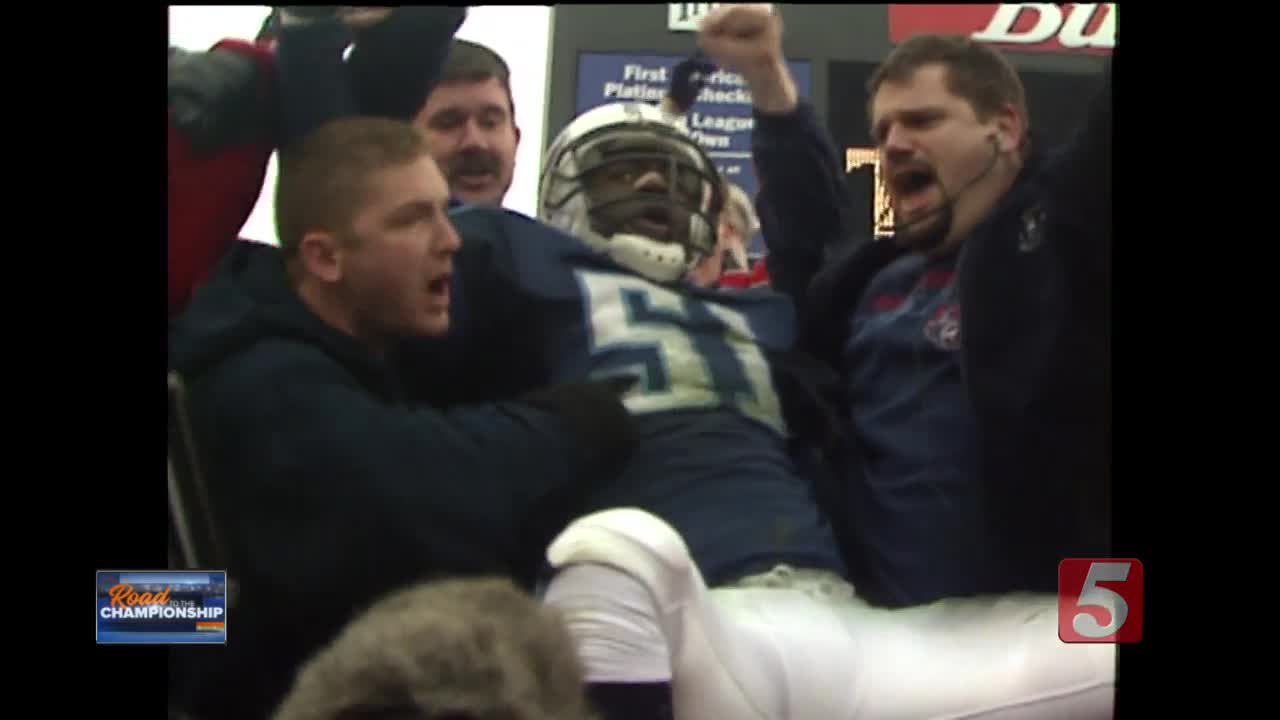 It was the moment that put the Titans on the map in Nashville and the National Football League. A miracle finish that included a disputed backwards pass and a 76-yard kickoff return for a touchdown that propelled the team to a Super Bowl run. 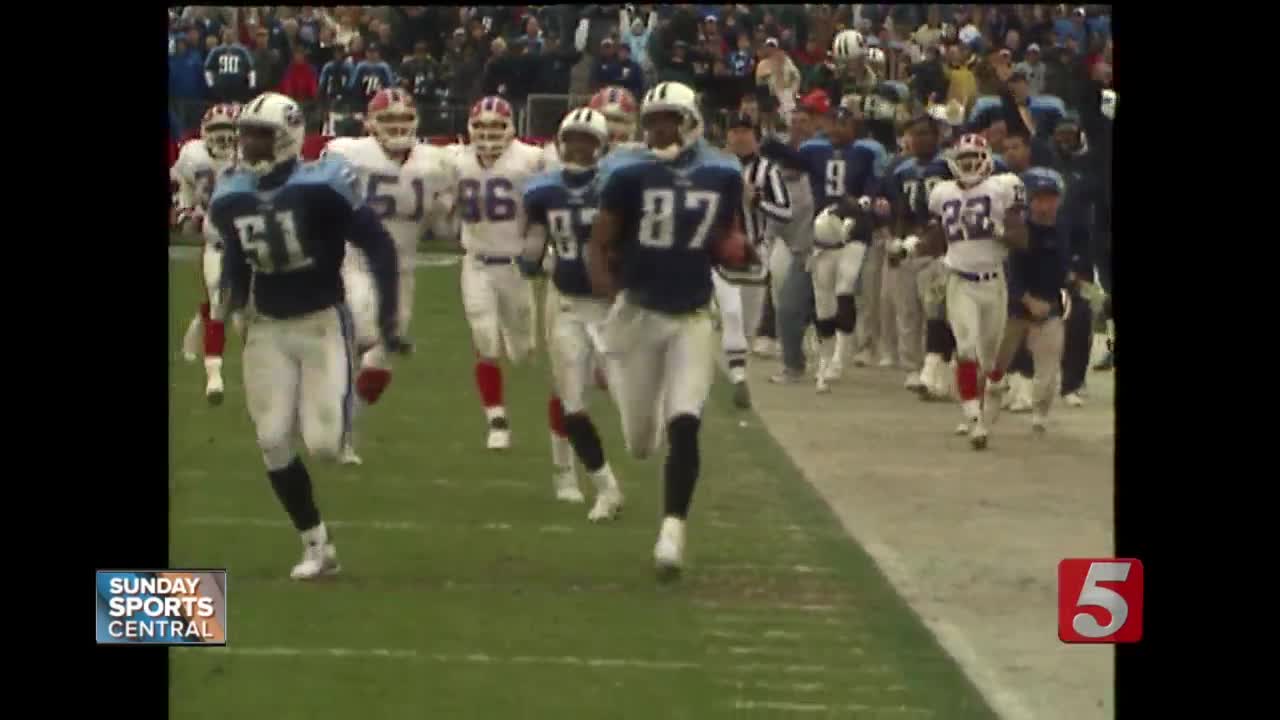 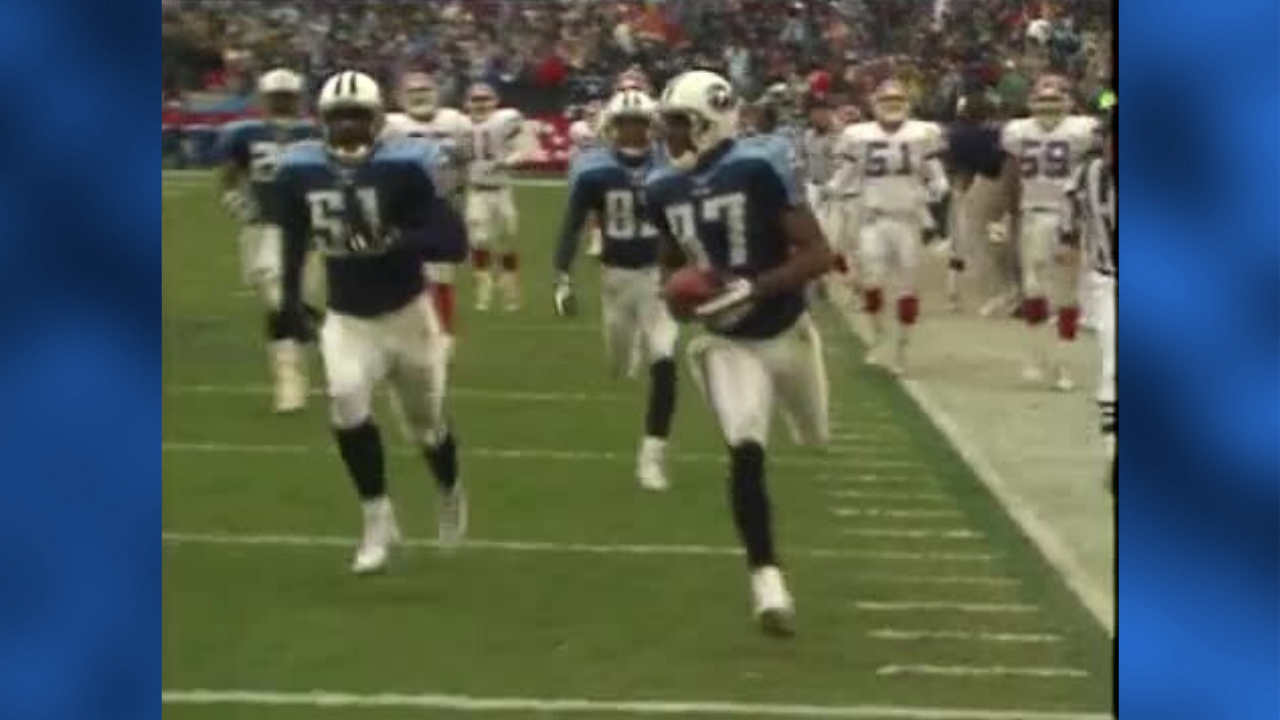 NASHVILLE, Tenn. (WTVF) — It was the moment that put the Titans on the map in Nashville and the National Football League. A miracle finish that included a disputed backwards pass and a 76-yard kickoff return for a touchdown that propelled the team to a Super Bowl run.

“It’s hard to believe it’s been 20 years,” said Mike Keith, who famously called the play. “It stays current because of the fans and their love of the play and of that moment.”

The Titans jumped ahead 12-0, but had to retake the lead on an Al Del Greco field goal with less than 2 minutes left to play. Rob Johnson drove the Bills to an answer, and when Steve Christie’s 41-yard field goal split the uprights with just 16 seconds left, Buffalo seemingly had a 16-15 victory.

“I was devastated,” Titans running back Eddie George said. “I felt the pain of losing a playoff game. Hadn’t lost a game in the stadium all year long, and you end like this.”

Do the Titans have a miracle left in them in what has been a magical season to this point?

As Bills players celebrated on the field, Keith did his best to stay upbeat on the Titans Radio Network despite the fact the game and the season appeared over.

He asked if a team that went 13-3 that season had one more miracle play left in them? What followed was one of the most famous plays in NFL history.

“I know we have something in our bag of tricks,” Keith said in a recent interview. “I didn’t know what it was or where it was supposed to go.”

Meanwhile, on the Titans sideline, a last minute audible was taking place.

“We were discussing our last our last three or four plays to try to get in field goal position,” receiver Kevin Dyson said. “And then my name was called and I was like, ‘why are they calling my name?’”

“They’re going to scoop it to Frank, he’s going to run to the opposite side of the field, he’s going to throw it back to Isaac [Byrd].” Dyson said of the instructions being relayed to him as he walked onto the field for the play. “You [are supposed to] get in relationship with him, if he gets in trouble he’s going to pitch it to you. Get what you can and then get out of bounds.”

Except the play didn’t start as planned when the Bills kicked off high and short into the arms of Lorenzo Neal, and Byrd, who was the number one lateral option, was taken out of the play.

“Lorenzo catches it and hands hit back to Frank Wycheck of all people, and I’m like, ‘what the hell is Frank going to do with it?’” George said of his thoughts at the time.

On the field Dyson was getting in position for the lateral, not knowing that one of his teammates had seen this moment coming.

“I didn’t know this until later, but Lorenzo Neal ordained that,” Dyson said. “He told Frank, he said, ‘they’re going to kick it to me, I’m going to catch it, I’m going to give it to you and I’m going to block for you.’”

He throws it across the field to Dyson… He’s got something.

George’s first moment of intrigue in the play came when Wycheck, the team’s veteran tight end threw a lateral along the 25-yard line to Dyson.

Meanwhile, Dyson was just trying to catch the ball, get up field as far as he could and give the Titans a chance to try a last second field goal.

“There was brief moment when I thought, ‘okay, I can get out of bounds now, how much time’s left?’” Dyson said. “But then I saw [all the blockers down there], it was like, ‘oh, I’m going to score!’”

In the broadcast booth an excited Keith double checked to make sure he could believe what he was seeing unfold on the field below him.

“I’m looking for a flag,” Keith said. “Because I’m thinking to myself I don’t want to get people all fired up on the radio, because I know they can’t see it, only to have it called back.”

There are no flags on the field. It’s a miracle. Tennessee has pulled a miracle.

Dyson crossed the goalline and was mobbed by excited teammates. The fans inside the coliseum erupted, and those that left the game despondent moments earlier tried to get back inside to see what had happened.

The play had worked. But the celebration was tempered momentarily when the replay booth buzzed down to referee Phil Luckett asking for a review to see if Wycheck’s throw to Dyson was indeed a lateral.

As Luckett ducked under the hood of the replay monitor on the sideline, players and fans watched the replay broadcast on the stadium jumbotrons and waited for an announcement.

After reviewing the play, the ruling on the field stands as called, touchdown.

“Oh my gosh, the feeling of relief of going from one extreme of feeling the loss to now the exhilaration of a win and continuing on, it was like a bullet grazing your head and still being alive,” George said.

The play sparked a run to the Super Bowl and made Dyson a household name. More importantly, it entrenched the Titans in Tennessee and NFL history.

“Everybody outside of Buffalo knows it was a lateral,” Keith said. “But it was so much more than a football play, it was a moment in time and in history, not just for the franchise, not just for the NFL, but also for this entire community.”

The hero of the play still gets asked about it practically daily, even two decades later. Dyson says he even once met a young man that was born shortly after the play and was named after him.

“I get credit because I scored,” Dyson said. “But [my teammates] did all the work, essentially. I don’t know if it would ever work like that again.”