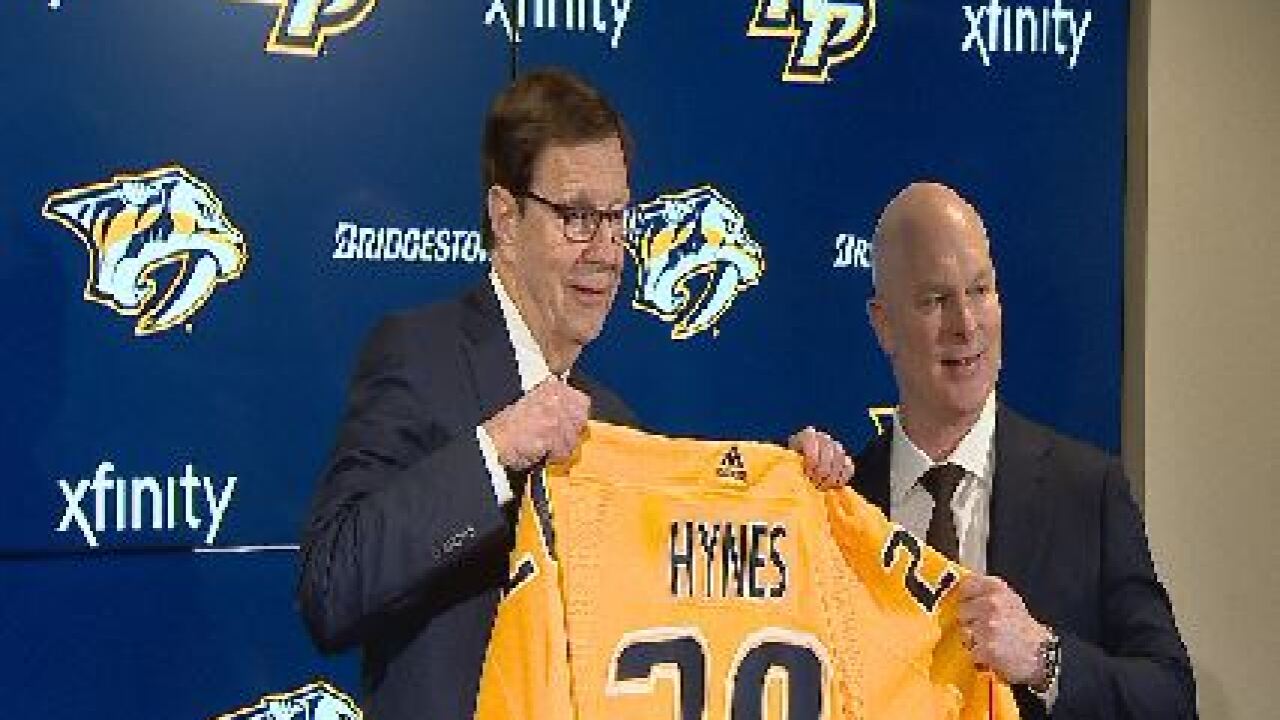 NASHVILLE, Tenn. (WTVF) — The Predators have hired John Hynes to be their next head coach. An official announcement came Tuesday morning.

The hire comes less than 24 hours after the Preds decided to part ways with head coach Peter Laviolette and top assistant Kevin McCarthy with the team sitting four points out of a Western Conference playoff spot at the exact midway point of the season.

The 44-year-old Hynes was fired as the head coach of the Devils on December 4th. He had spent four-plus seasons in New Jersey compiling a 150-159-45 record with teams that were generally outmanned in terms of talent.

Prior to that he put together a 231-126-27 mark in five seasons as the coach of the AHL Wilkes-Barre Scranton Penguins.

Hynes has also down considerable work with USA hockey, and is known for his development work with junior players. Predators general manager David Poile and assistant GM Jeff Kealty both have strong ties to U.S. hockey operations.