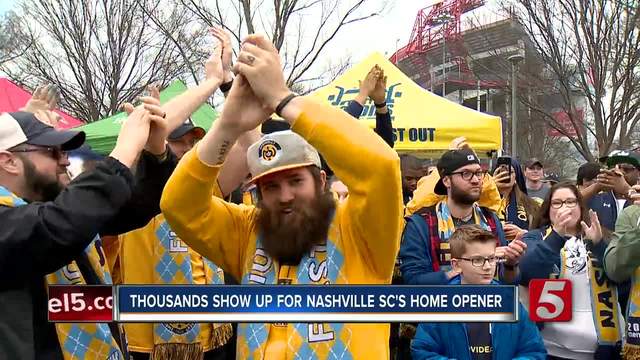 More than 20,000 tickets were sold for Nashville Soccer Club's home opener. Before the game on Saturday, the soccer fan club called the "Roadies" hosted a tailgate. 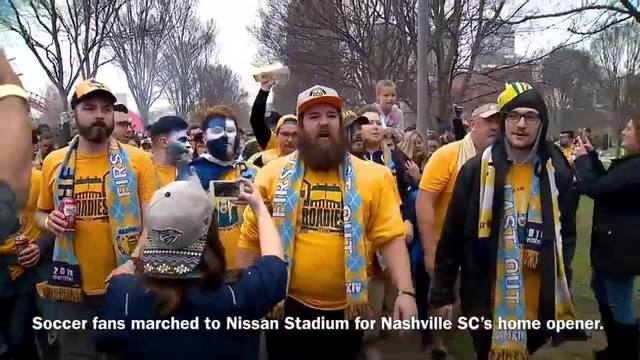 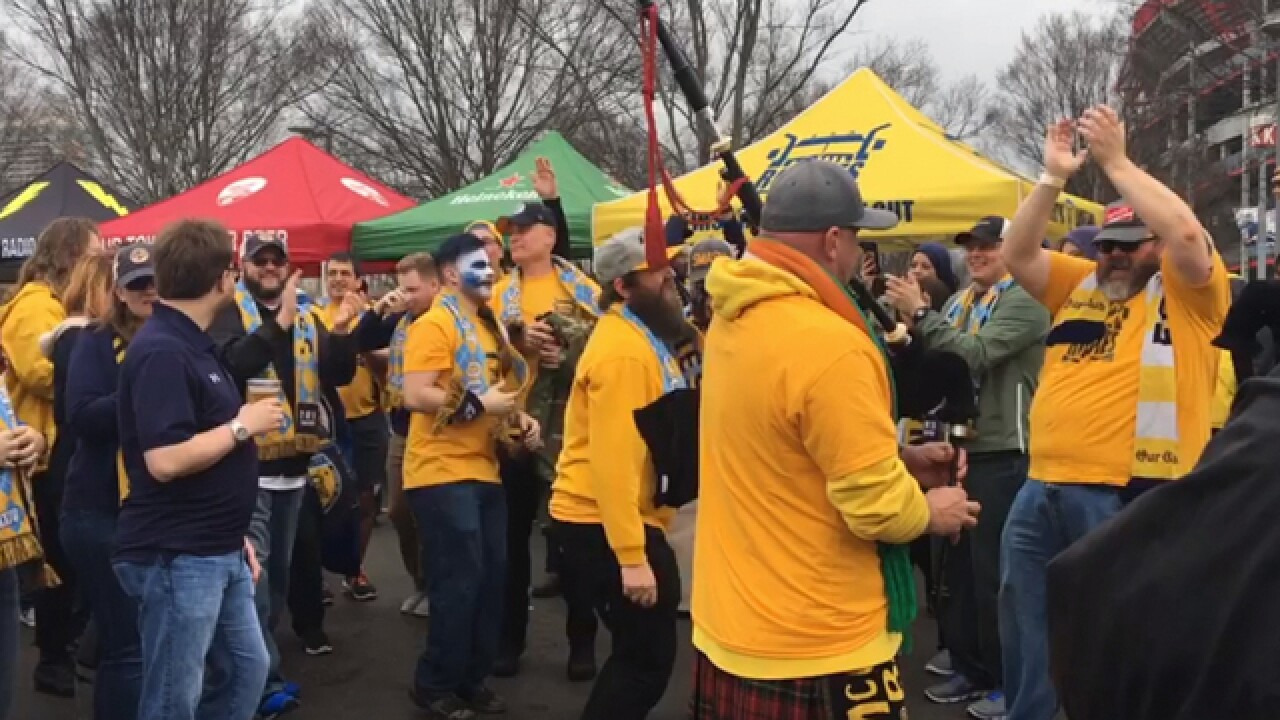 More than 20,000 tickets were sold for Nashville Soccer Club's home opener, and the team reported more than 18,000 came out for the game.

Before the game on Saturday, the soccer fan club called the "Roadies" hosted a tailgate.

Every 13 minutes, they would sing a song or chant to commemorate their founding in 2013.

"We've been working for this for the last five years, and it's here," Robbie Melton said. "People from Nashville are finally recognizing that this is our town, and its our club. And this is our time baby come on!"

"People have been saying that soccer can't survive in Nashville for years, and we've been here the whole time loving this club, loving this team, to the very end," Melton said. "And finally people have latched on to this idea of Nashville SC and this club being in Nashville."

Thanks to all the fans who came out and braved the weather for our @USL home opener! #OurTownOurClub#DriveToNissanpic.twitter.com/bVVyoLCgT1

Nothing could get their spirits down Saturday.

With over 400 members now, the Roadies continue to grow.

An hour before the game, they marched into Nissan Stadium. "Nashville's on the march again, hurrah, hurrah!"

Fans filled the south end zone to root on the boys in gold.

No win for Nashville SC's season opener. The game against the Pittsburgh Riverhounds SC ended in a draw, 0-0.