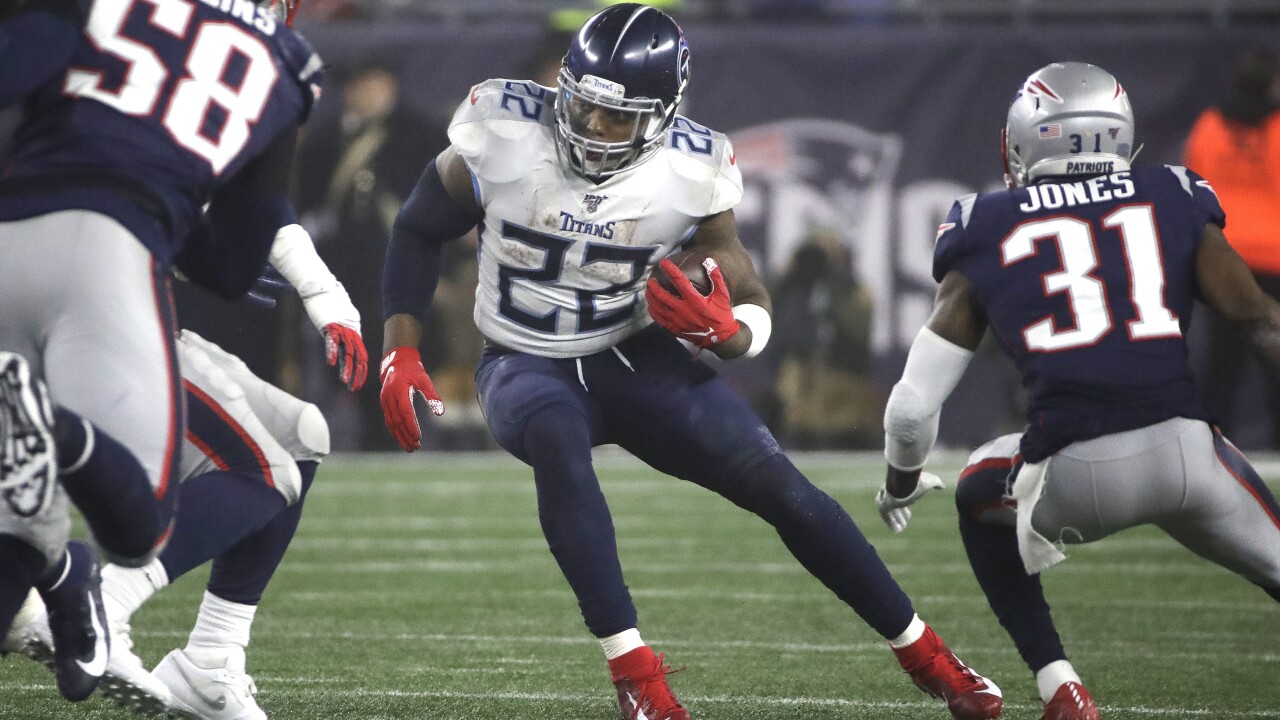 NASHVILLE, Tenn. (WTVF) — The NFL early negotiation window ahead of free agency started on Monday and several deals have already been struck.

The action started when the Titans placed the non-exclusive rights franchise tag on Derrick Henry about an hour before the deadline Monday morning. The NFL’s rushing champ can still negotiate with other teams, but the Titans will have the opportunity to match any offer he receives, though the price of two first round picks should deter most teams from even engaging.

If the franchise tag sticks as expected, Henry will make $10.28 million this season, unless he works out a new contract with the Titans before July 15th. It’s not a long-term deal, at least yet, but keeping Henry was something the Titans absolutely had to do, and it looks like they will.

Kelly has been a valuable piece on the Tennessee offensive line ever since he was acquired in a trade for Dorial Green-Beckham in August of 2016. He’s played 58 games over the past four years at left tackle, right tackle and serving as a sixth offensive lineman. He’s also started 16 games at both left and right tackle, and even caught two touchdown passes last season.

Kelly should now have the chance to earn the starting job in the hole that now exists at right tackle.

That opening exists because Jack Conklin is headed to Cleveland. His agent, Drew Rosenhaus, says the 25 year old right tackle has agreed to a three-year deal with the Browns worth $42 million, including $20 million this season.

A year ago the Titans chose not to pick up their fifth-year option on Conklin after he struggled through an injury plagued 2018. But Conklin returned healthy last fall and played more like the prospect Tennessee selected eighth overall in the 2016 draft and earned All-Pro honors as a rookie.

He became a coveted free agent, and is now cashing in someplace else.

MARCUS MARIOTA (Agrees to Terms With Raiders, Details Not Known)

The Titans are losing their first round draft picks from both 2015 and 2016 because Marcus Mariota is leaving town as well. Multiple reports say he is set to join the Raiders as the backup to Derek Carr.

Mariota will be looking for a fresh start in Las Vegas. The no. 2 overall pick in 2015 led the Titans to the playoffs in 2017, but battled injuries and coaching changes throughout the first five years of his career, and was ultimately benched for Ryan Tannehill in week six of last season.

WHAT ARE THE TEXANS DOING?

I feel like the trade Bill O’Brien pulled off Monday is exactly why it’s smart to have an actual general manager running the football operations. O’Brien turned heads around the league, and not in a good way, trading All-Pro wide out DeAndre Hopkins to the Cardinals in exchange for David Johnson and a second round pick. The teams also swapped fourth round selections.

But why? The Texans have been the team to beat in the AFC South in recent years in part because Hopkins is one of the most dynamic receivers in the game. He’s gone above 1,000 yards receiving in five of the last six seasons, and will give Kyler Murray another nice target to throw to. But what does Houston get back? An aging Johnson – and his pricey contract – and a second round pick.

It’s a trade that looked bad at the time, and only got worse later in the day when the Bills traded first, fourth, fifth and sixth round picks to the Vikings for Stefon Diggs.

Dak Prescott reportedly had an offer of a long-term deal from the Cowboys with a yearly salary average of more than $33 million, but he chose not to sign it. So the Cowboys placed the franchise tag on him Monday, meaning he will make $26.2 million this season as he tries to lead Dallas back to the playoffs.

The Colts made a trade for big defensive tackle DeForest Buckner, sending this year’s 13th overall pick to the 49ers in exchange.