NFL: Wednesday free agency round up 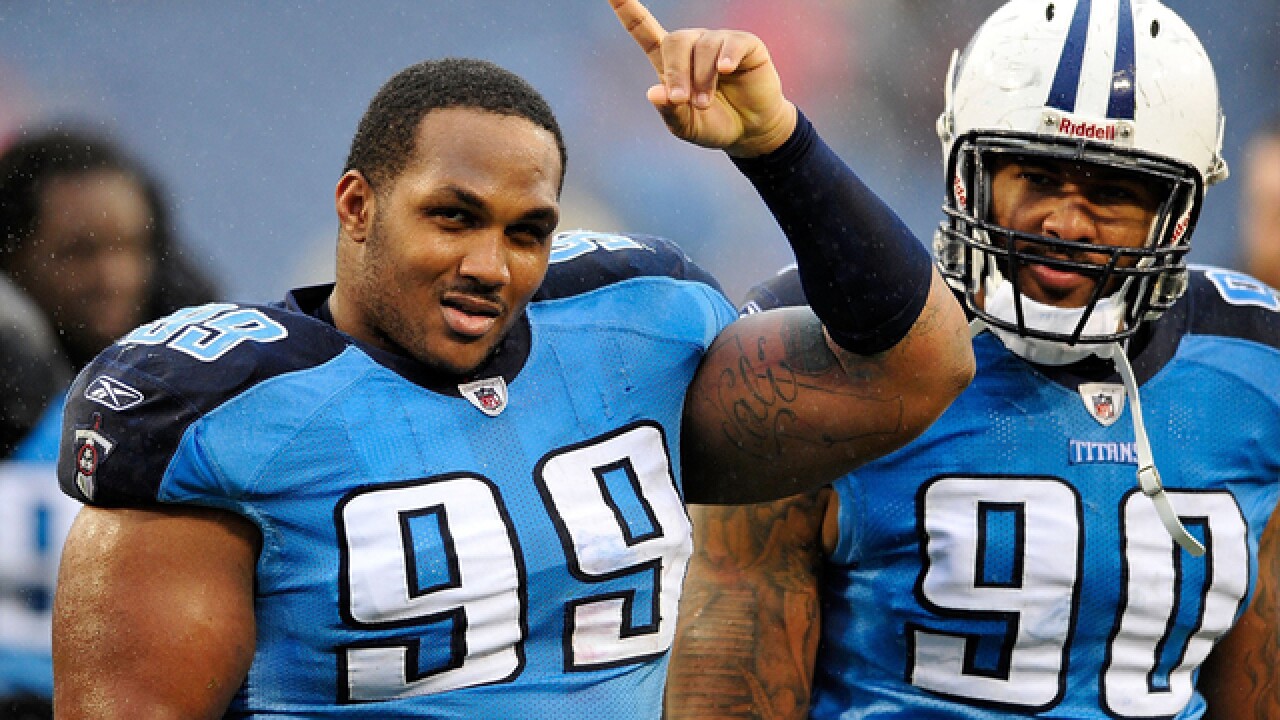 Copyright 2018 Scripps Media, Inc. All rights reserved. This material may not be published, broadcast, rewritten, or redistributed.
Grant Halverson/Getty Images
<p>The NFL is still the biggest ratings driver on US television. Of the top 10 most-watched telecasts last year, seven of them were NFL events, including the Super Bowl, which drew 111.3 million viewers.</p>

NASHVILLE, Tenn. (WTVF) — The biggest shockwave in Nashville as free agency officially opened Wednesday afternoon was the trade the Titans made to send Pro Bowl defensive tackle Jurrell Casey to the Broncos.

In what amounted to basically just a salary dump, Tennessee sends the face of its defense, and a contract that has three years and roughly $38 million remaining on it, to Denver for only a seventh round pick. It was the most Belichick-type thing that Jon Robinson has done since becoming Titans G.M. four years ago.

Casey, the team’s third round draft pick in 2011, is a massive loss. He is the first person that opposing offenses had to gameplan for, and still consistently made them pay, racking up 51 sacks and 493 tackles over his nine seasons in the NFL. At age 30, he may be on the backside of his career, but he still remains one of the best defensive lineman in the league.

His five consecutive Pro Bowl appearances are the most in Titans franchise history, and he will be remembered as one of the key leaders that helped this franchise emerge from the dark times early in his career into being a contender.

With Casey gone, the Titans are now going to have to rely heavily on second-year defensive tackle Jeffery Simmons. The 19th overall pick in last year’s NFL Draft Simmons hustled back from an offseason torn ACL to make his presence felt in the second half of the season, but he – and the newly acquired Vic Beasley – are going to have to work well together to fill the void left by Casey.

OTHER NOTABLE MOVES AROUND THE LEAGUE

NICK FOLES (Traded To Bears For 4th Round Pick)

A year after signing Nick Foles to make him their franchise quarterback, the Jaguars shipped him off to Chicago for a fourth round draft pick. Foles now supplants Mitch Trubisky as the Bears’ QB, while the Jags pick up a 13th draft pick for this summer in exchange for the former Super Bowl MVP.

If the Titans have an interest in pursuing cornerbacks, one of the best is off the board. Pro Bowler Chris Harris joins the Chargers for two years and $25 million.

He had played the first nine years of his career with the Broncos in Denver, earning All-Pro honors three times.

Former Pro Bowl defensive tackle Gerald McCoy's leaving Carolina after just one season. He signed a three-year deal with the Cowboys potentially worth more than $20 million.

Fowler joins the Falcons as the replacement for Beasley at one pass rushing spot. He signs a three-year deal to move to Atlanta after one productive season with the Rams.

The still young cornerback signed to join John Gruden and the Raiders in their move to Las Vegas.

The former backup offensive lineman for the Titans gets a bit of stability, signing a three-year contract with the lowly Bengals worth $10 million.

Another strange day in Carolina as the Panthers released former All-Pro safety Eric Reid less than one year after they signed him to a pricey three-year contract.

The Panthers liked Reid and he played well last season, but he didn’t seem to fit into new coach Matt Rhule’s plans.