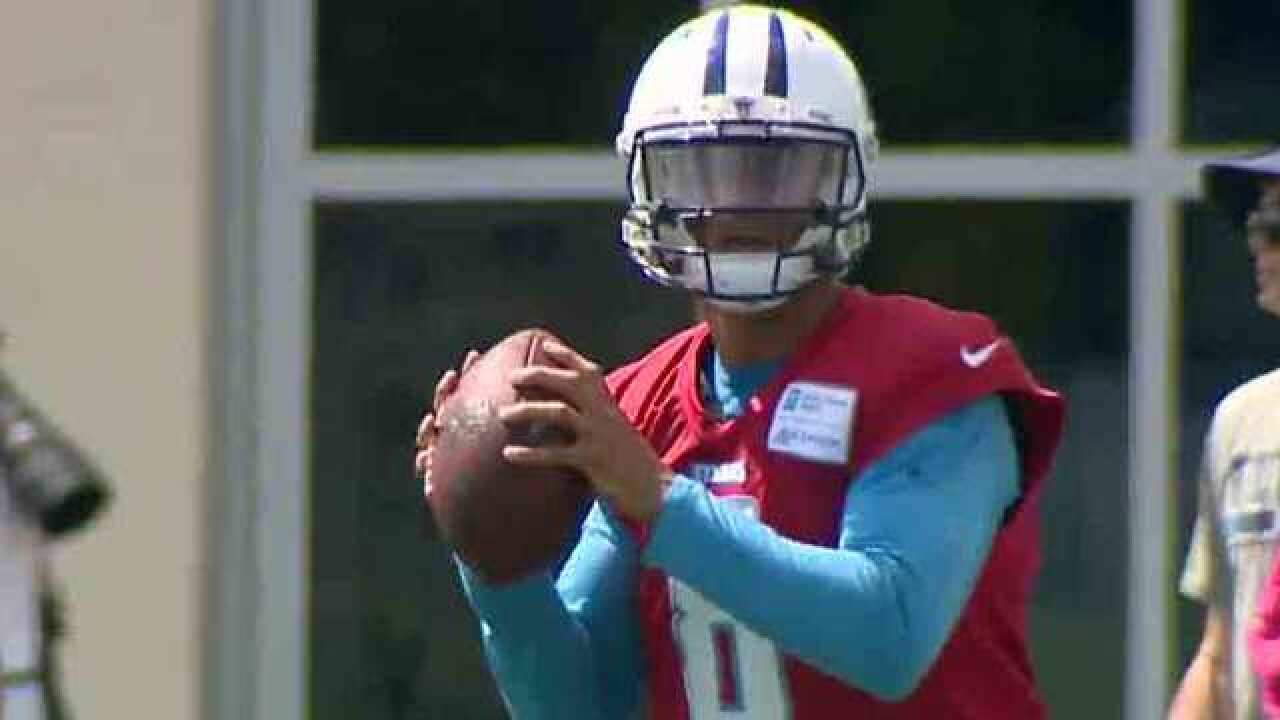 "This year will be different," has been the rallying cry of Titans players at the start of training camp for years, but this year actually feels different at St. Thomas Sports Park, where more than 2,400 fans packed the new bleachers surrounding the practice field on day one of training camp for a team that hasn't made the playoffs since 2008.

"It feels different. You see there's bleachers there. I don't think we've ever had that many bleachers there before," Titans tight end Delanie Walker said. "It feels good to have the fans supporting us because I feel like it will be a strong season for us."

The Titans are coming off a 9-7 season, their first winning campaign since 2011, and are a trendy pick not just to contend in the division but in the entire AFC. But they know they have to put in the work now in training camp to make the season what they want it to be.

"We've never had that type of group out there before with that type of expectations," Titans linebacker Brian Orakpo said. "And it's exciting for a young team to have that type of momentum going into a regular season and we just have to make sure we deliver."

The big crowd was thrilled to see Marcus Mariota back under center Saturday to begin training camp. The face of the franchise seemingly showed no ill-effects of the fractured fibula he suffered seven months ago in Jacksonville.

Mariota looked sharp, connecting on a high percentage of passes and showing the ability to stretch the field with his strong arm on a couple of deep balls. He also appeared light on his feet after shedding a few pounds this offseason.

"I feel great," Mariota said after practice Saturday. "I think at the point we left in June I was in a good spot, but I think I got better every day and to be able to be out here today and be able to run around and do the things the coaches wanted me to do, it felt really good."

Mariota seemed to find a quick connection with free agent wide receiver Eric Decker. The 30-year-old veteran was signed at the end of mini-camp after being released by the Jets and shined in his first day in a Titans' uniform, making several nice catches in individual and team drills.

Decker has largely spent his career as a slot receiver and dynamic red zone threat with 52 career touchdown catches over seven seasons with the Broncos and Jets, but impressed his teammates and coaches Saturday with his versatility.

"We signed him just at the end of the offseason. For him to come out here and line up (correctly), there weren't a lot of mistakes with him," Titans head coach Mike Mularkey said. "And make some plays. It was impressive."

Another guy that was greeted with cheers Saturday was second-year outside linebacker Kevin Dodd. The 33rd overall pick a year ago had his rookie season derailed by a nagging foot injury.

Dodd needed to have another surgery on the foot this offseason and missed nearly all of the team's offseason program, but says he feels as healthy as he has in a long time and is eager to prove what he can do.

"It's been a while since I've been in pass (rush) or actually running plays," Dodd said after his first practice back. "So it's really exciting and encouraging."

The Titans would love to turn Dodd into a third reliable edge pass rusher to compliment Orakpo and Derrick Morgan. He showed the potential in his college career at Clemson, recording three sacks against Alabama in the 2016 national championship game.

But he managed just one sack while playing in only parts of nine games last year as a rookie.

"It's so easy for people to just write someone off. (You're) a high pick and not being able to do what you do because of injury," Dodd said. "I'm fighting back and I'm excited to be out there. I'm just going to try to continue to get better every play."