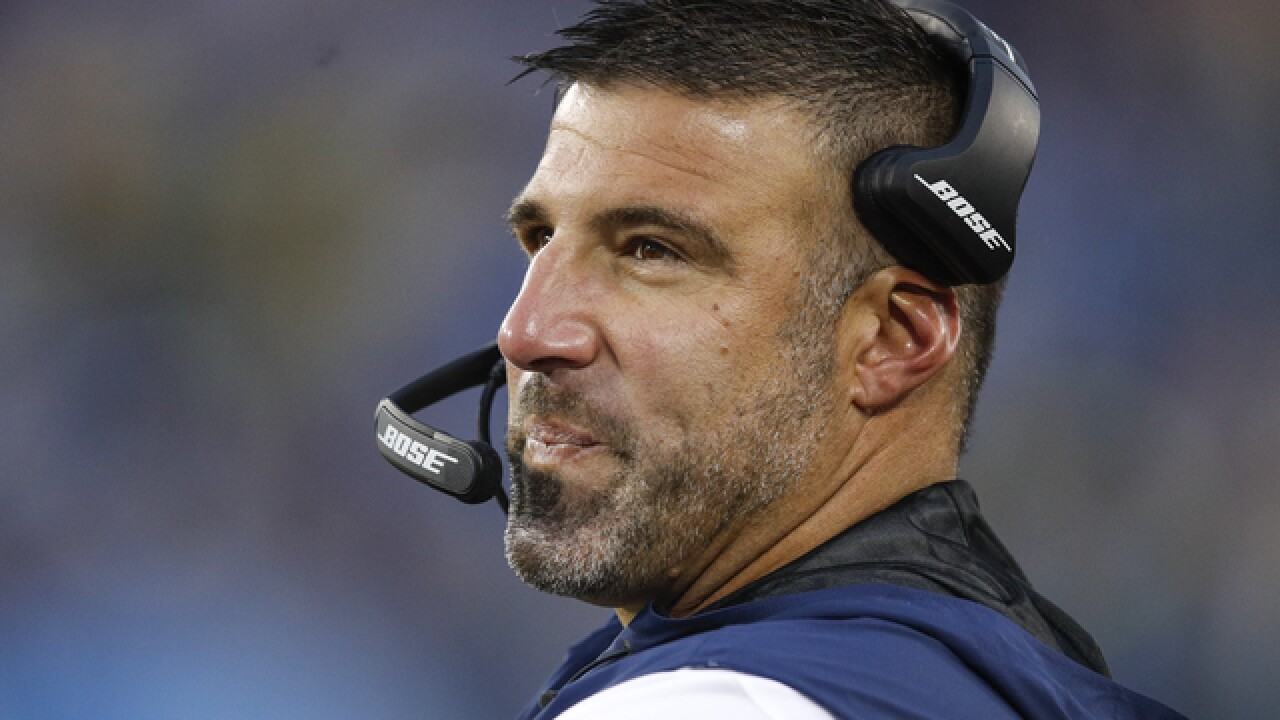 Copyright 2018 Scripps Media, Inc. All rights reserved. This material may not be published, broadcast, rewritten, or redistributed.
&lt;p&gt;NASHVILLE, TN - OCTOBER 14: Head coach Mike Vrabel of the Tennessee Titans reacts to a play on the field during the third quarter against the Baltimore Ravens at Nissan Stadium on October 14, 2018 in Nashville, Tennessee. (Photo by Joe Robbins/Getty Images)&lt;/p&gt;

The Titans have reached a fork in the road on their 2018 season. Turn one way at AT&T Stadium Monday night against the Cowboys and they can set themselves up to make a run in the second half of the year. Go the other way and the season may slip away at the midway point.

After starting the year 3-1 courtesy of dramatic wins over the Texans, Jaguars and Eagles, the Titans have now lost three in a row. The slide has dumped them out of first place in the AFC South, now a full two games back of a surging Texans team that’s won six straight.

All the breaks the Titans made for themselves early in the season, whether it be a special teams touchdown against Houston, a gutsy effort with two bruised quarterbacks in Jacksonville or a stunning comeback against the defending Super Bowl champions in overtime are now going against them.

In Buffalo, Nick Williams dropped the go-ahead touchdown pass that cost him his job two days later. Steven Hauschka would then kick a walk-off field goal for a 13-12 win.

Following a 21-0 smackdown by the Ravens, the Titans were visited by heartbreak once again in London when they failed on a gutsy, if not reckless, two-point conversion call with :31 to play in a 20-19 loss to the Chargers.

Two losses in three weeks by a total of two points. That’s the margin between victory and defeat in this league, especially for an offensively challenged team that doesn’t seem likely to blow anyone out.

The question for the Titans is whether their October swoon was the law of close game averages simply evening out or if it was a woeful red zone offense and a defense prone to giving up the big play catching up to them?

Tennessee was unable to make any moves at the trade deadline, so this is the team it will play with the rest of the way. That means the Titans have to get back to the same gritty style that served them so well in the first month of the season if they want to have any shot at overcoming those deficiencies and reaching the playoffs for the second straight year.

Run the football. Score touchdowns in the red zone. Avoid the big play. And get off the field on third downs. Those are the areas the Titans must improve, and it wouldn’t hurt to get back into the good graces of Lady Luck in a season in which five of their seven games have been decided by a field goal or less.

The season is far from over, but history shows us that Monday’s game against the Cowboys is critical. A win would get the Titans back to the .500 mark through eight games. Teams with 4-4 records have gone on to make the playoffs at a one in three clip, while 3-5 teams reach the postseason just seven percent of the time.

With the Patriots coming to town Sunday followed by back to back road trips at division rivals Indianapolis and Houston, the entire NFL is ready to count the Titans out.

But this is a team that plays its best when overlooked. And Monday night provides an opportunity for them to remind everyone that they have just enough toughness and grit to make the division and playoff races interesting.

The time to get going is now. It’s either that, or start looking ahead to next season.