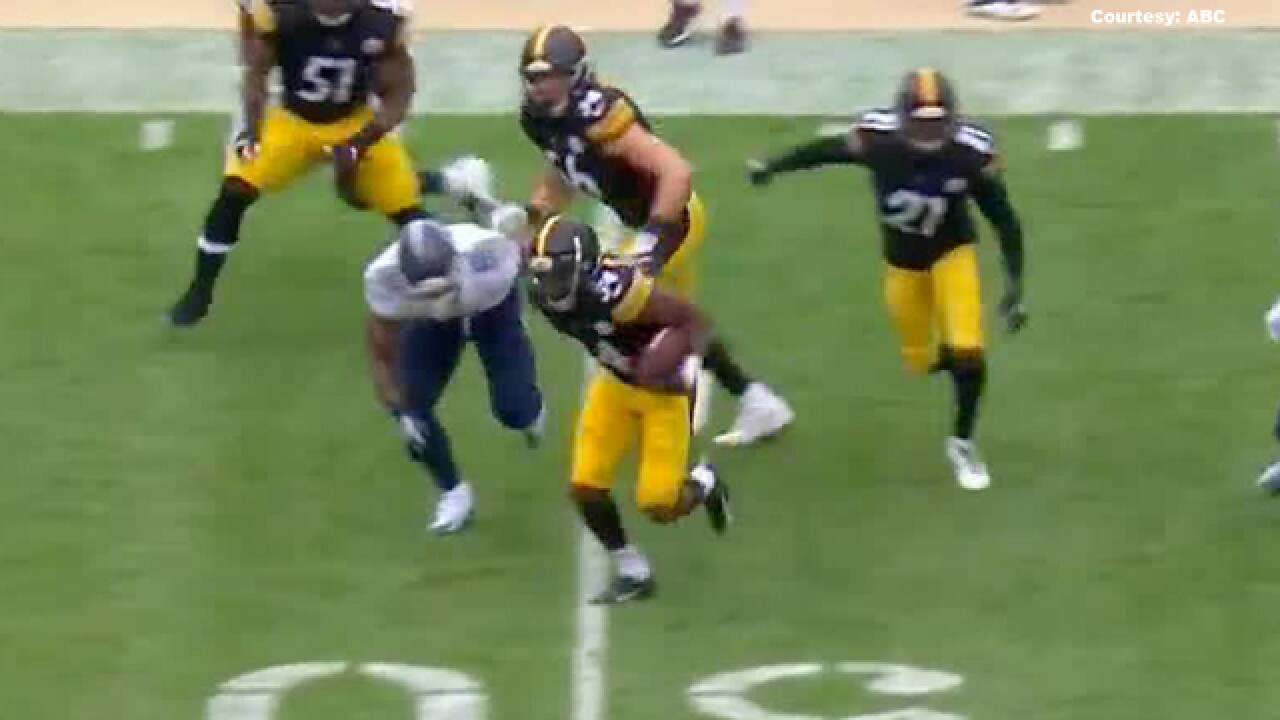 The old superstition is that a bad dress rehearsal can lead to good luck on opening night for a performance. Mike Vrabel’s first Titans’ production better hope that old saying rings true for them following a 16-6 loss to the Steelers in Saturday’s third preseason game in Pittsburgh.

It wasn’t all bad. The defense improved and several young players flashed their abilities for the coaches to see. But Marcus Mariota struggled, the offense took a step back from the first two games and the Titans fell to 0-3 in the preseason.

Here are some observations from Saturday:

MARIOTA OFF THE MARK

One storyline the Titans weren’t expecting to have to deal with leaving Pittsburgh is the inconsistency of Mariota. The fourth-year quarterback had thrown two touchdowns in three preseason drives entering Saturday, but struggled against the Steelers.

After hitting his first two throws to Tajae Sharpe for first downs, Mariota finished just 3-6. All three passes that were not caught came on third downs, and were either bad decisions or throws he has to make.

The first one came on a third and seven on the Titans’ first possession. Corey Davis broke wide open, but Mariota badly underthrew the ball, one hopping him on what might have been a touchdown with a good pass. On the next possession Mariota missed Davis again, sailing a third down pass over his head.

The most egregious mistake came on Tennessee’s third drive. Feeling heavy pressure, Mariota escaped the pocket to his left, then tried to throw across his body to Taywan Taylor cutting across the field. The ill-advised pass was intercepted by Terrell Edmunds.

That interception ended Mariota and the first team offense’s day, and may be the last pass he throws during the preseason. It was not a performance that will have Titans’ backers brimming with confidence about their QB’s progression within Matt LaFleur’s new offense.

Adoree’ Jackson’s coverage of Justin Hunter wasn’t bad, but Ben Roethlisberger’s throw was just too good on a 32-yard touchdown pass late in the first quarter.

Roethlisberger, who was making his preseason debut, looked to be in midseason form while completing 11-18 passes for 114 yards and the touchdown.

But Jackson responded to giving up the touchdown with a pair of terrific plays on the next series.

First, he made a great tackle, stopping his former USC teammate JuJu Smith-Schuster a yard short of the first down marker on a second down completion. Then after the Titans stuffed a Steelers run on third down, Jackson broke up a pass on fourth and one to force a turnover on downs.

It was an excellent response for the second-year cornerback who has taken significant strides in his game this preseason.

The hope is that it won’t be too serious, but rookie outside linebacker Harold Landry left the game in the first quarter with an ankle injury and did not return. The Titans were already thin at the position with both Brian Orakpo and Derrick Morgan out injured, so they can’t afford any significant absence from Landry.

The first round pick flashed with a couple nice plays on the opening series before the injury, further illustrating his importance to Dean Pees’ defense.

One of the revelations of the preseason for the Titans has been the play of reserve linebacker Robert Spillane. He showed up again in a big way Saturday against the Steelers with four tackles and an interception.

An undrafted free agent, Spillane has come from nowhere to give himself a chance to make the Titans’ 53-man roster next week because of his steady play and all the injuries at the position. The former Iowa linebacker wrestled a Landry Jones’ pass away from Hunter for a pick to end a promising Pittsburgh drive early in the second quarter.

He nearly intercepted another pass on the next drive, as he attempted to make a diving, one handed grab in the end zone. Spillane has been given an opportunity and has made the most of it so far. Will it be enough to earn a job?

Another guy who has at least given himself a chance to be considered for a roster spot is first-year tight end Anthony Firkser. On Saturday he led the team in receptions with five for 68 yards including the Titans’ only touchdown.

Firkser caught a three-yard TD toss from Blaine Gabbert to open the fourth quarter, moments after showing his athleticism with a leaping catch and run that resulted in a 33-yard gain.

A one-time receiver at Harvard, Firkser is a smart guy that added about 30 pounds to play tight end. He is playing behind Pro Bowler Delanie Walker, Jonnu Smith and blocking specialist Luke Stocker. Can he show enough on special teams and with performances like Saturday to find a spot?