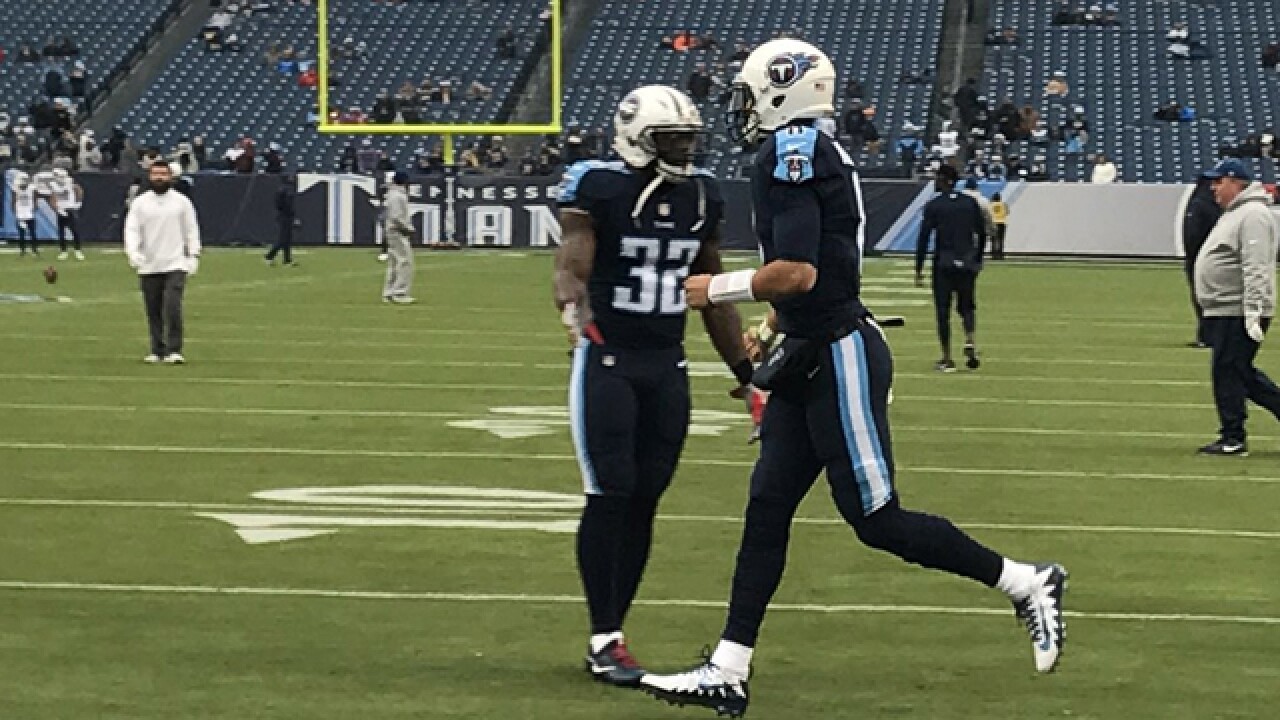 The Tennessee Titans have lost three straight games, and another loss Sunday against the newly crowned AFC South champion Jacksonville Jaguars in the season finale will almost certainly complete their first place to out of the playoffs final month of the season collapse.

It’s easy to see why many people have jumped off the bandwagon in losses to the Cardinals and 49ers on the road and why probably 20,000 seats remained empty for the Titans’ Christmas Eve loss to the Rams.

This was supposed to be the year when long suffering Titans’ fans finally got a winner back. The season when January became fun again after nine consecutive long, cold winters without a playoff berth.

For whatever reason, this team has never found it’s stride after finishing last year 9-7 and narrowly missing the playoffs. The offense that was supposed to be so prolific has rarely clicked on all cylinders and Marcus Mariota has struggled, throwing a career-high 15 interceptions.

Even when the offense has gotten going, the defense has faltered, they’ve surrendered fourth quarter leads three times over the past two weeks. Criticism of head coach Mike Mularkey and offensive coordinator Terry Robiskie is common place, but even Hall of Fame defensive mastermind Dick Lebeau has been second guessed a time or two during this slump.

The Titans have heard all the doubters, and they understand why. For all of this franchise’s recent struggles, nothing has stung as bad as this collapse will IF Tennessee loses to Jacksonville Sunday and misses out on the playoffs yet again.

But did you catch how the “if” was emphasized there?

That’s the thing. No matter how bleak it may appear after these last three weeks, the Titans are still alive. They’re at home Sunday with a chance to beat the Jaguars and reach the playoffs for the first time since 2008.

Who cares if none of the experts (and even some of their own fans) are giving them a chance? Win this game and all of this season’s struggles will be forgiven if not forgotten when they start hyping a Wild Card game next week.

Ask any of the Titans’ players if they would’ve signed up for a one game, win and you’re in scenario to reach the playoffs back in training camp, and they would all say yes. Mariota, perhaps more than anyone else, knows what’s on the line for this team and his legacy.

“You just want a chance,” Mariota said after Sunday’s loss to the Rams. “We’re upset we’ve dropped three in a row, but all you can ask for is an opportunity. This is our season.”

The goal for this year is simple, make it to the postseason. And that is still very much within their grasp.

Beat the Jaguars and you hit the road somewhere next weekend to open the AFC Playoffs. Lose and players will be cleaning out their lockers on Monday.

The actual playoffs may begin next week, but for the Titans they start Sunday at 3:25 p.m. at Nissan Stadium.

And after nine long years when there was nothing to play for, that should be plenty to get excited about.