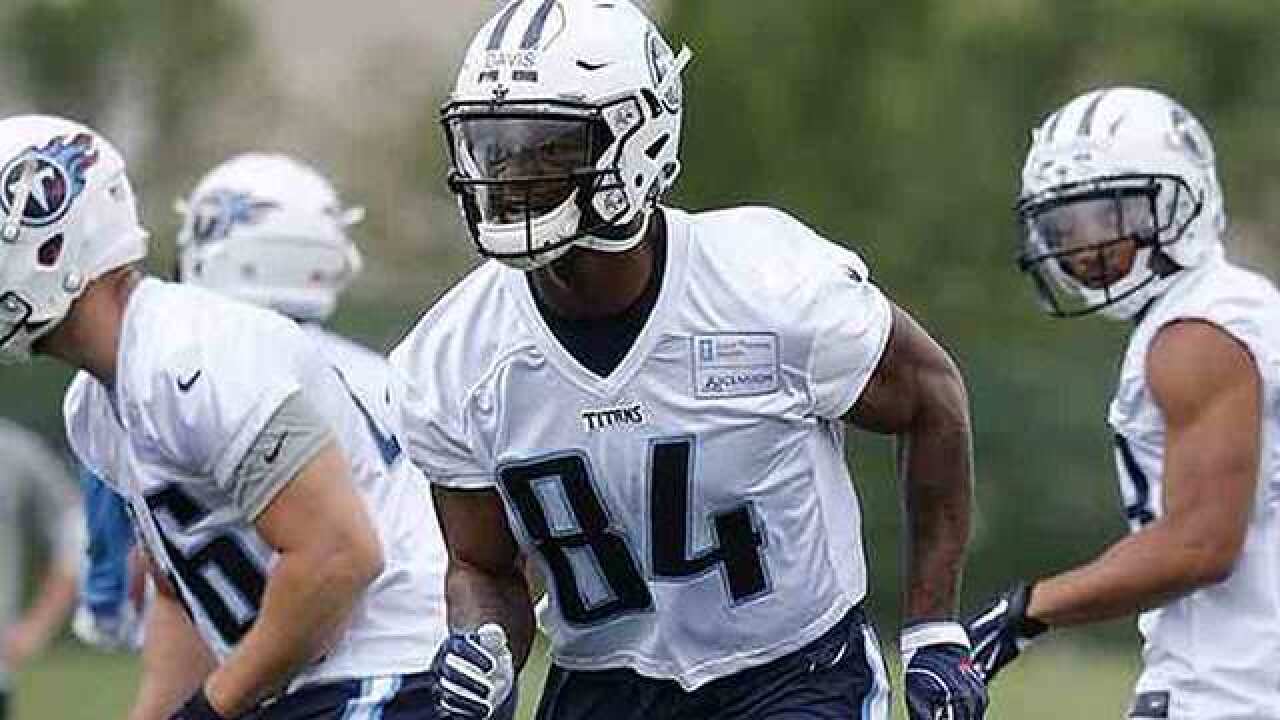 Davis was in danger of missing the start of training camp while his agents worked out his contract, but now all Titans draft picks are signed and in camp.

Davis was drafted by the Titans as the 5th pick overall in this year's draft after a highly-productive college career.

Davis set an FBS record with 5,285 career receiving yards while at Western Michigan and his 52 career touchdown catches are second all-time in NCAA history.

The Titans held their first training camp practice on Saturday afternoon and will hold another public practice Sunday at 2:40 p.m.