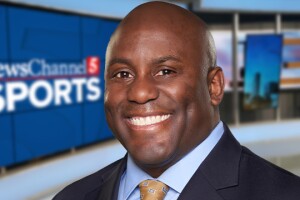 Jon Burton comes to NewsChannel 5 most recently from Pittsburgh, PA where he worked in both television and radio for 11 and a half years.

Jon is a native of Upstate New York and has worked at television stations in both Syracuse and Buffalo prior to his stint in Pittsburgh.

A lifelong sports fan, Jon has had the good fortune to have covered major sporting events like the Super Bowl, the NCAA Final Four, the NHL Stanley Cups Finals, the MLB All-Star game, and the U.S. Open Golf Tournament, just to name a few.

Jon was an amateur athlete for 19 years playing the sport of rugby. In 2008, Jon was given the opportunity to live out a lifelong dream of becoming a professional wrestler and sports entertainer.

Jon enjoys working out, traveling, and cooking in his spare time.