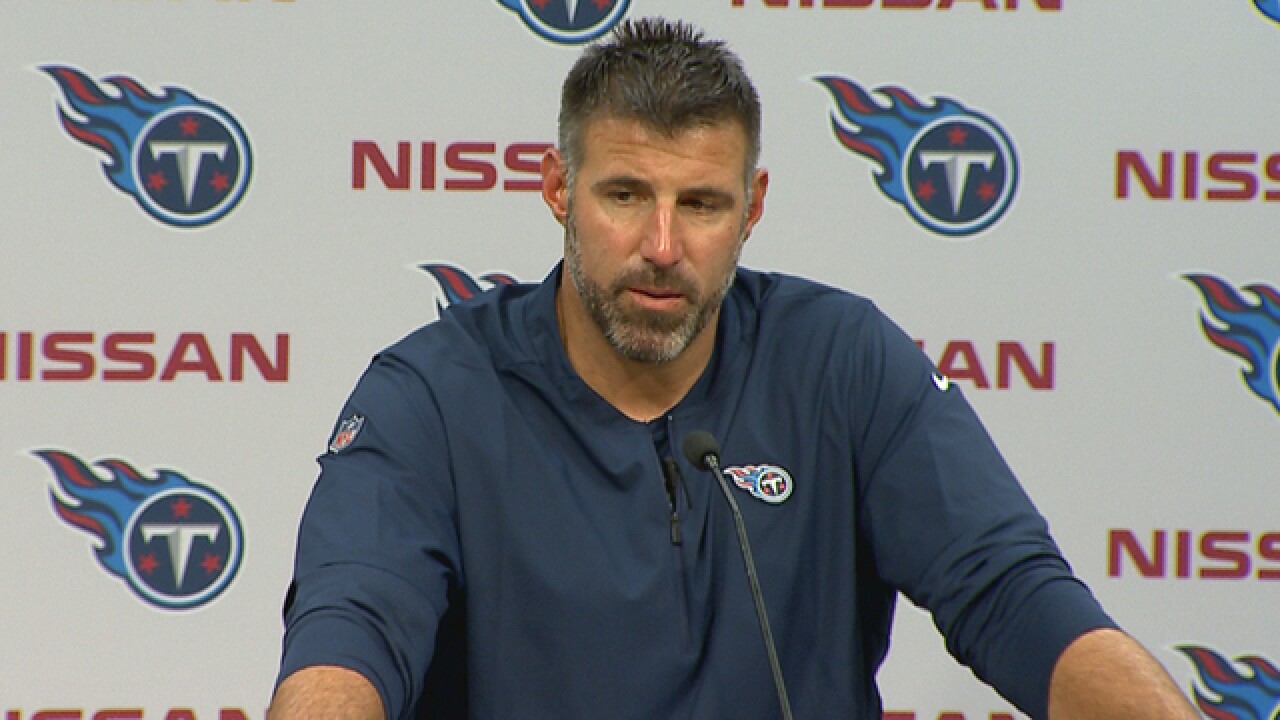 The Titans wrapped up the preseason with a 13-3 loss to the Vikings Thursday on a rainy night at Nissan Stadium in which the starters on both sides were given the night off.

Minnesota third-string QB Kyle Sloter hit Brandon Zylstra for a 24-yard touchdown with 7:18 left in the fourth quarter for the game’s only touchdown as the Vikings pulled away with 10 second half points to win.

The game was the final opportunity for players on the bubble to make impression on their coaches before rosters have to be set for the regular season. Teams have to trim their rosters from 90 down to 53 by 3 p.m. central time Saturday.

Here are a few observations from the preseason finale:

With Marcus Mariota and Blaine Gabbert getting the night off Luke Falk got the start at quarterback for the Titans and played the entire game.

The rookie sixth round draft pick out of Washington State went 13-22 for 114 yards, but was also sacked four times. He was 4-5 on the game’s second possession, hitting four different targets for 37 yards as he drove the Titans 69 yards in 16 plays for a 3-0 lead.

Derrick Henry and Dion Lewis also got the night off in the backfield meaning we got a good, long look at the backups.

David Fluellen started the game and carried the ball twice for five yards before heading to the sideline himself. The Titans know what they have in Fluellen, a dependable veteran who performs well on special teams.

With Fluellen out, the attention turned to rookies Dalyn Dawkins and Akrum Wadley. Dawkins got the first shot, carrying a heavy load on the Titans’ second possession. He had nine rushes for 36 yards on the possession which resulted in a field goal.

Dawkins finished with 17 carries for 53 yards. The shifty Wadley, who has battled an injury during the preseason, ran for 16 yards on four attempts and also continues to show an ability to catch the ball out of the backfield.

Not even diehard Titans’ fans were probably familiar with Julius Warmsley or Robert Spillane entering training camp. But now both appear to be in decent position to make the team.

Warmsley repeatedly received praise from head coach Mike Vrabel for his work ethic during training camp and finished the preseason with four tackles. One first quarter play in particular in which Warmsley ran down a screen pass from behind, stopping the running back short of the first down, may have secured his spot.

Spillane entered the preseason finale as the Titans leading tackler and did nothing to diminish his chances of making the team. The former tryout player finished with six tackles against the Vikings, including a fourth down stop on a quarterback sneak inside the Tennessee five-yard line to start the fourth quarter.

The loss caps a winless preseason for the Titans under Vrabel. The new head coach was hired to replace Mike Mularkey who was fired in January despite leading the Titans to their first playoff victory in 14 years.

Vrabel and his new coaching staff have installed new systems on both sides of the ball and they were clearly a work in progress in the preseason as the Titans lost all four games by double digits.

Preseason results rarely mean anything. The Titans went just 1-3 a year ago before going 9-7 in the regular season. The Browns also went 4-0 last preseason before going 0-16.

But it’s clear there’s still work to be done as the Titans now turn their attention to the regular season and will look to get Vrabel his first win as Titans coach Sept. 9th against the Dolphins in Miami.