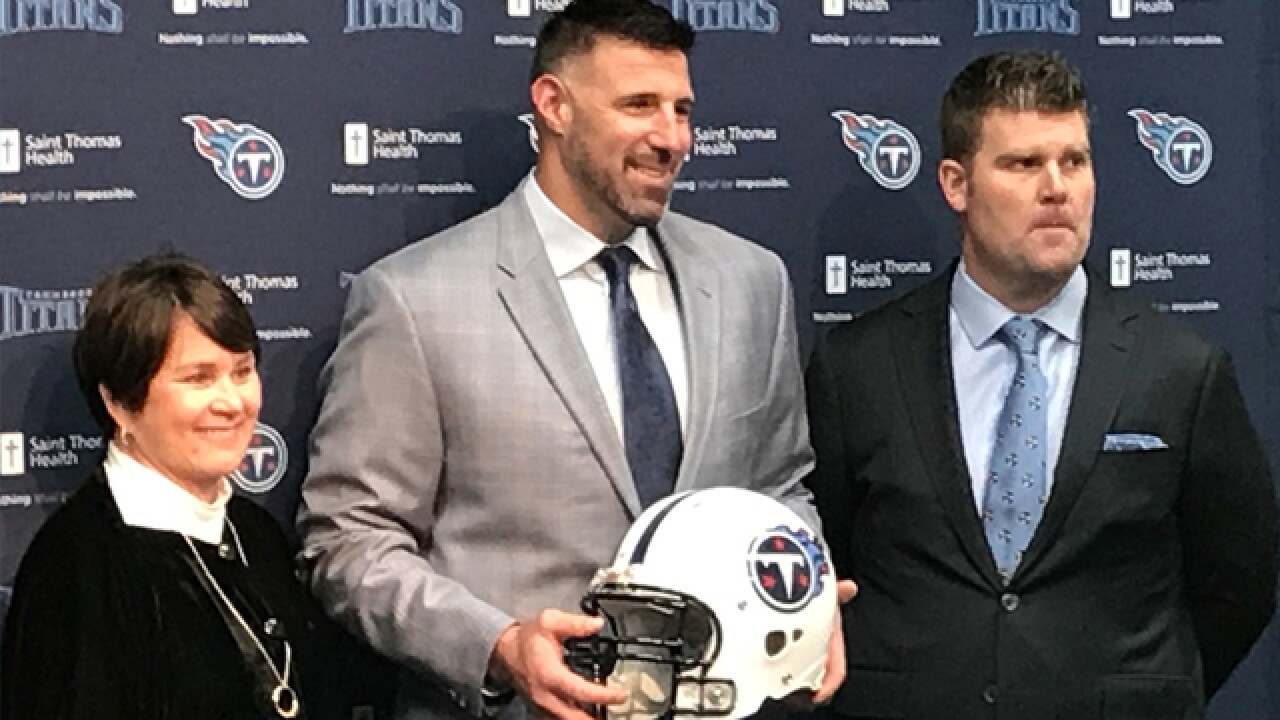 Mike Vrabel says nobody's ever really ready to be a head coach for the first time in the NFL. The Tennessee Titans' newest coach feels like he is as ready as possible thanks to the men he's worked with in the league.

The Titans introduced Vrabel as their new coach Monday. They agreed to terms with Vrabel on Saturday, just five days after firing Mike Mularkey coming off the franchise's first playoff win in 14 years.

This is the first head coaching job for Vrabel, 42, who won three Super Bowl rings with New England during his 14-year NFL career as a linebacker.