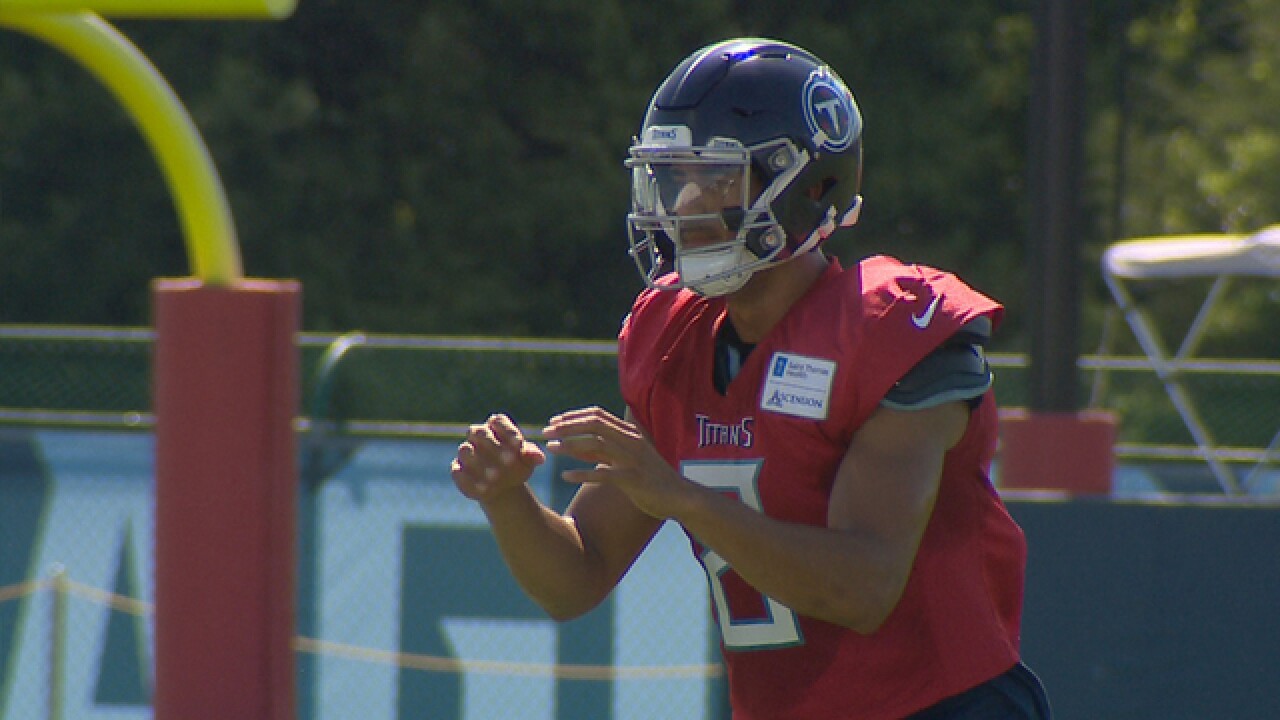 We get our first look at the new look Tennessee Titans Thursday night when they take on the Packers in the preseason opener of the 2018 season.

The Titans will have a first-year head coach, new offensive and defensive schemes and even new uniforms entering a season full of expectations coming off last year’s playoff breakthrough. No one is more excited to see the newest edition of the Titans than new head coach Mike Vrabel.

Vrabel and his staff have drilled the Titans for the last two weeks, installing their systems and trying to instill a confident mindset in which players feel free, playing fast and aggressive.

But after 11 practices in the middle Tennessee heat, the Titans are ready for the opportunity to see how they stack up against an opponent.

“It’s going to be nice to hit someone in a different color jersey,” linebacker Aaron Wallace said. “I think we’re all excited. We’ve worked really hard and this is going to be the start of a long season for us.”

Starters won’t play long in their preseason debut, likely just a series or two, which means it’s the back half of the roster that will get the bulk of the reps against the Packers. With about 40 new faces on the 90-man roster and a brand new coaching staff, it’s a huge opportunity for young players to stand out.

Defensive end Julius Warmsley has impressed coaches since joining the team in offseason workouts in the spring, even earning some first team reps in training camp. Thursday night’s game provides him an opportunity to show the hard work in practice can translate to live action.

“Just to our film out there,” defensive end Julius Warmsley said. “Just to be consistent and carry over practice into the game. Be a good teammate and in the process make plays.”

Ultimately, the result against the Packers will have zero impact on the 2018 season. But with so many new faces the Titans want to get the preseason off to a good start.

Regardless of the score, they want to play crisp, clean football with the same energy and intensity Vrabel has demanded in practice.

“Just playing fast, having fun and playing for each other,” cornerback Adoree’ Jackson said. “I know it’s the first game going against new people so it may be a little all over the place, but if we’re out there having fun doing the little things that we can control it will be alright.”