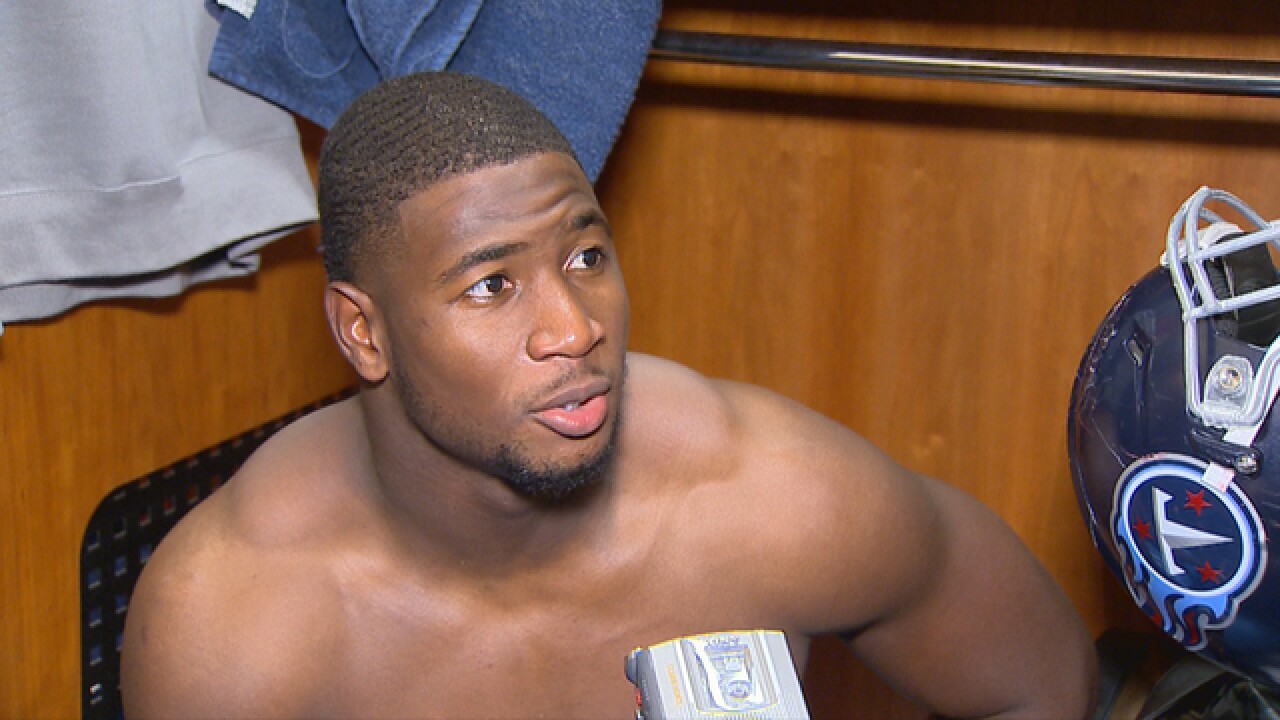 It's never easy to replace someone who's considered to be one of the best. Welcome to Jonnu Smith's world.

The second year tight end from Florida International has the tough task of trying to replace Pro Bowler Delanie Walker. Walker suffered a season-ending ankle injury in the Titans regular season opener in Miami back in September, leaving Smith to be the "Next Man Up."

After some early struggles, Smith is starting find his way. Smith made a crucial touchdown catch, his first of the season,  in last Monday night's 28-14 win in Dallas over the Cowboys.

Then on Sunday against the Patriots, Smith was targeted thee times and hauled in three passes (for 45 yards), including a four yard touchdown pass from Marcus Mariota to help the Titans jump out to a 17-3 lead in the first quarter.

The Titans would go on to beat the Patriots 34-10 and afterwards, Smith expressed how happy he was to contribute to a victory.

"It feels great, Man," Smith told me in the locker room after the game. "It's a blessing."

At 6'3" and a chiseled 248 pounds, Jonnu Smith certainly looks the part of an NFL tight end. There is little doubt that he has the tools to succeed and now, Smith's number one task is to be more consistent.

The Titans win over the Patriots pulls them to within a game of first place Houston atop of the AFC South Division. Up next, Tennessee plays a tough road game in Indianapolis against Andrew Luck and the division rival Colts. But, as he stood by his locker, a visibly tired Jonnu Smith wasn't quite ready to look ahead.

"(I'm not) worried about Indy right now," said Smith with a chuckle.  "We're gonna enjoy this win, we just beat a tough opponent.  But, we're gonna come in to work (next week) and get ready for Indy."

The way he's been playing of late, I have no doubt Jonnu Smith will be ready to play next Sunday at Lucas Oil Stadium.