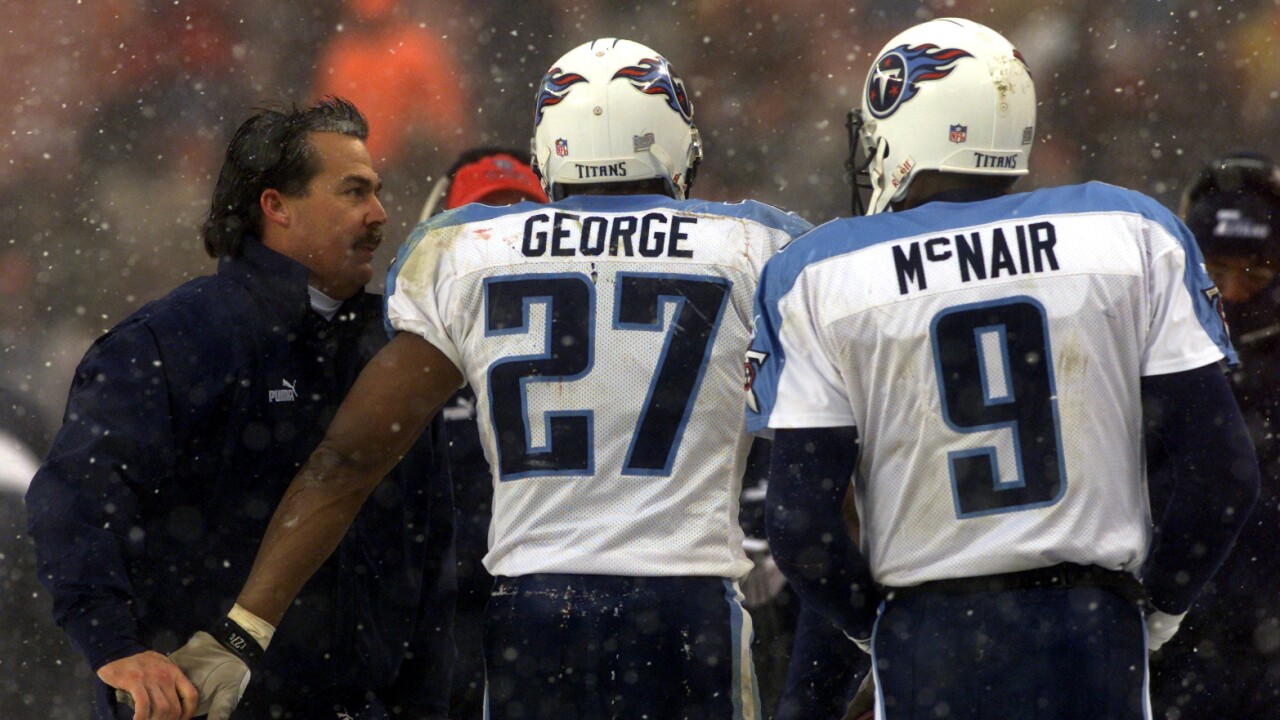 NASHVILLE, Tenn. (WTVF) — Eddie George will forever be No. 27. Steve McNair will always be No. 9

The Tennessee Titans announced Wednesday that both George's and McNair's numbers will be retired during the team's home opener on September 15th against the Indianapolis Colts.

“Steve and Eddie will be forever linked as two of the driving forces for our team in the late 90’s and early 2000’s,” Titans controlling owner Amy Adams Strunk said. “They were the heart and soul of the team and each made the other a better player and ultimately led to a great deal of team success. Their statistics will forever live in our record books, but their play and sacrifice is what our fans will always remember. For that and all that they have done for our team, the number 9 and 27 will be retired with the all-time franchise greats.”

The two superstars played together from 1996-2003, amassing an 80-48 record. They made the playoffs four times, won two division titles, and played in Super Bowl XXXIV.

McNair was drafted with the third overall pick in 1995 by the then Houston Oilers. In 11 seasons with the Tians, McNair accumulated the most wins of any quarterback in Titans/Oilers history. McNair was a four-time Pro Bowler, and co-MVP in 2003 alongside Colts QB Peyton Manning. McNair was killed in Nashville in July 4th, 2009.

George was picked in the first round of the NFL Draft one year after McNair. George is the team's all-time record holder in career rushing years, and the only RB in NFL history to have 300 or more carries for eight straight seasons. He never missed a game in Nashville during his career, was a 1,000-yard rusher seven times and a four-time Pro Bowler.