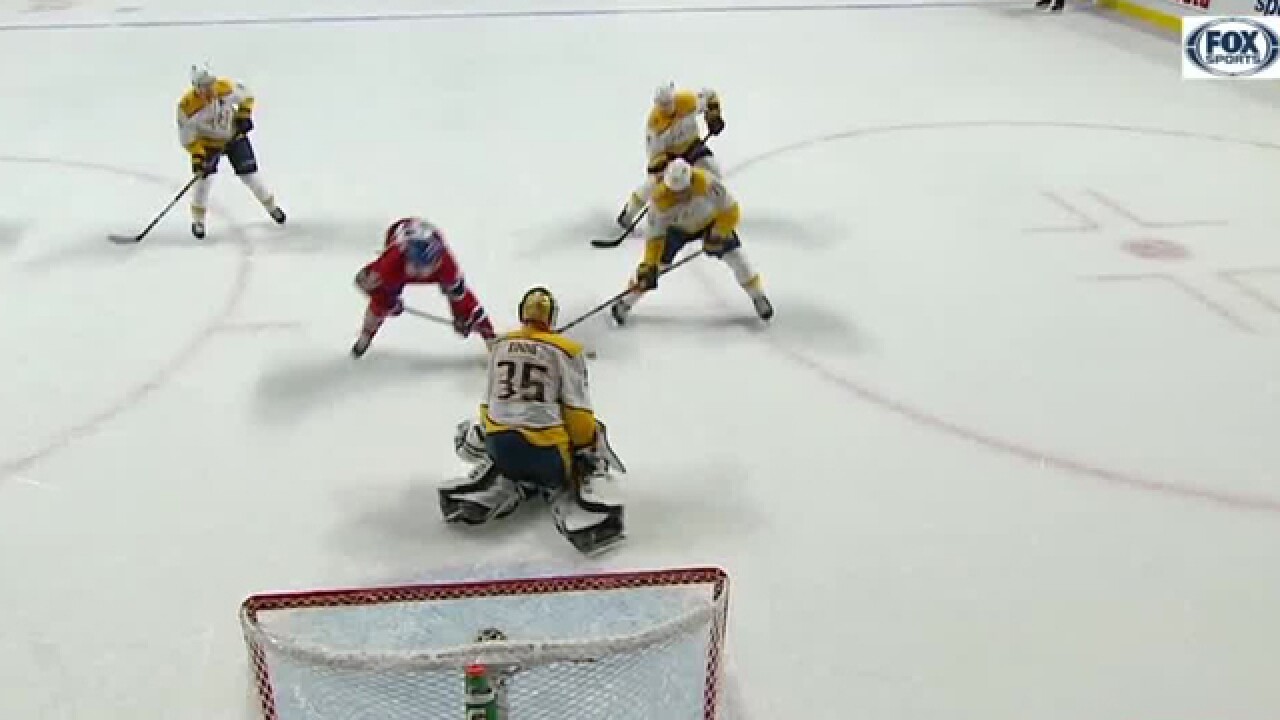 Ryan Ellis scored the only goal in the shootout to lift the Nashville Predators to a 3-2 victory over the Montreal Canadiens on Saturday night.

Scott Hartnell and Kevin Fiala scored in regulation for Nashville, and Pekka Rinne finished with 47 saves -- including 10 in the 5-minute, 3-on-3 overtime.

Fiala gave the Predators a 2-1 lead with his 18th with 7:41 left in the third period. After the Canadiens pulled Price for an extra skater, Drouin tied it with his eighth with 1:14 remaining.

The Bell Centre crowd reacted with some boos but mostly cheers each time Nashville's P. K. Subban had the puck. Subban remains highly popular in Montreal after his trade to the Predators two summers ago for Shea Weber, who has been out since mid-December with a foot injury.

Subban and Gallagher went hard at each other in the first period, and the Canadiens' forward was shaken up while trying to lay a big hit on his former teammate.

But 8:35 into the second, Arturri Lehkonen stripped the puck from Filip Forsberg at the Nashville line. Gallagher grabbed it and saw his first shot blocked by Subban, but picked up the rebound and beat Rinne from close range for his 20th.

A bouncing puck in front of the Montreal net went to Nick Bonino, who slipped it to Hartnell for the tying score with 3:38 remaining in the middle period.

After a sprawled Price made a glove save at the side of the net on Ryan Johansen, the Nashville center slipped the rebound back to uncovered Fiala for a backhander into an open side.

Canadiens: At Colorado on Wednesday night to open a four-game trip.