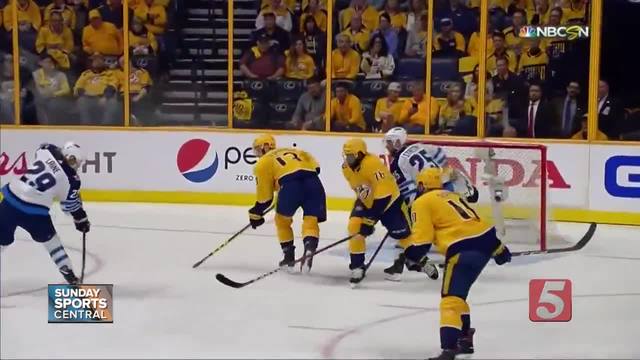 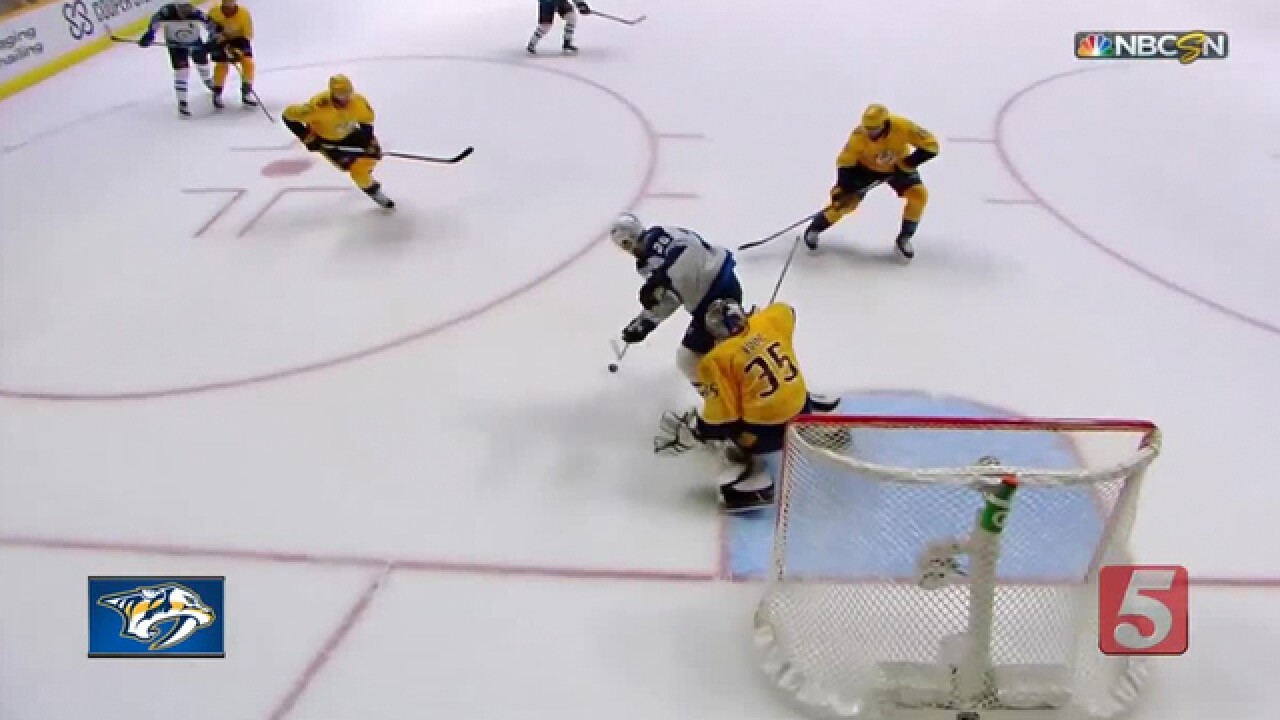 It took until game six of the Stanley Cup Final, or game 22 of the playoffs, last year for the Predators to face elimination. They face it in game six of round two this season, much earlier than anyone would have predicted for the NHL’s best team in the regular season.

That’s the unpredictable nature of the playoffs. The Preds posted a franchise record 117 points this year while winning the President’s Trophy, but now must win two straight games against the Jets to keep their Stanley Cup dreams alive.

The task starts with a must win road game in front of another sold out, whiteout crowd at Bell MTS Place Monday at 8:30 p.m.

“We’re going to go to Winnipeg, we’re going to win a game and we’re going to come back here,” All-Star defenseman P.K. Subban proclaimed after the Predators’ 6-2 loss in game five Saturday night. “Every single guy in here believes that.”

Nashville has good reason to believe despite its dire position. The Preds have given the Jets their last two home losses, a 6-5 victory February 27th and then a 2-1 win in game four that snapped Winnipeg’s 13-game home winning streak.

The Predators probably should have won game three in “the ‘Peg” as well, but coughed up a 3-0 lead in a 7-4 loss.

“This group’s been built. It’s been built for a game like the one that’s coming up,” Predators head coach Peter Laviolette said. “I’ve got a tremendous amount of confidence. I believe in them and I know they believe in each other. There’s no group I’d rather be with to try to win one hockey game than this group.”

The Predators have been hardened by four straight playoff appearances and last year’s run to the Stanley Cup Final. During that span, they’ve posted four wins when facing elimination.

That includes a 2016 first round series in which they trailed the Ducks 3-2 before a home win in game six set up a stunning 2-1 win in Anaheim behind a shutdown defensive performance. It may take that type of effort from the Preds once again against a Jets team that’s averaging more than four goals per game in this series.

"It’s going to take everyone,” defenseman Ryan Ellis said. “They’re not going away, it’s not going to be easy for us. We’re going to have to play a near perfect game to beat this team. The whole year comes down to the next game and then the one after that.”

This team has expectations like no Predators team before it has had to deal with. The division title and President’s Trophy won’t mean nearly as much if the season ends in the second round.

But right now the only thing that matters is game six, and whether or not the best road team in the NHL this year can win one more game in the toughest road environment in the league to force a decisive game seven back in Nashville on Thursday.

“I think you just have to remove everything, remove all the layers of what’s happened and the future and everything, and just focus on the one game,” Laviolette said as the team boarded its flight for Winnipeg on Sunday. “The simplest of questions is, can we go to Winnipeg and win one game? The answer is yes, we can.”