Nashville Believes As Preds Aim For 3-1 Series Lead Vs. Ducks 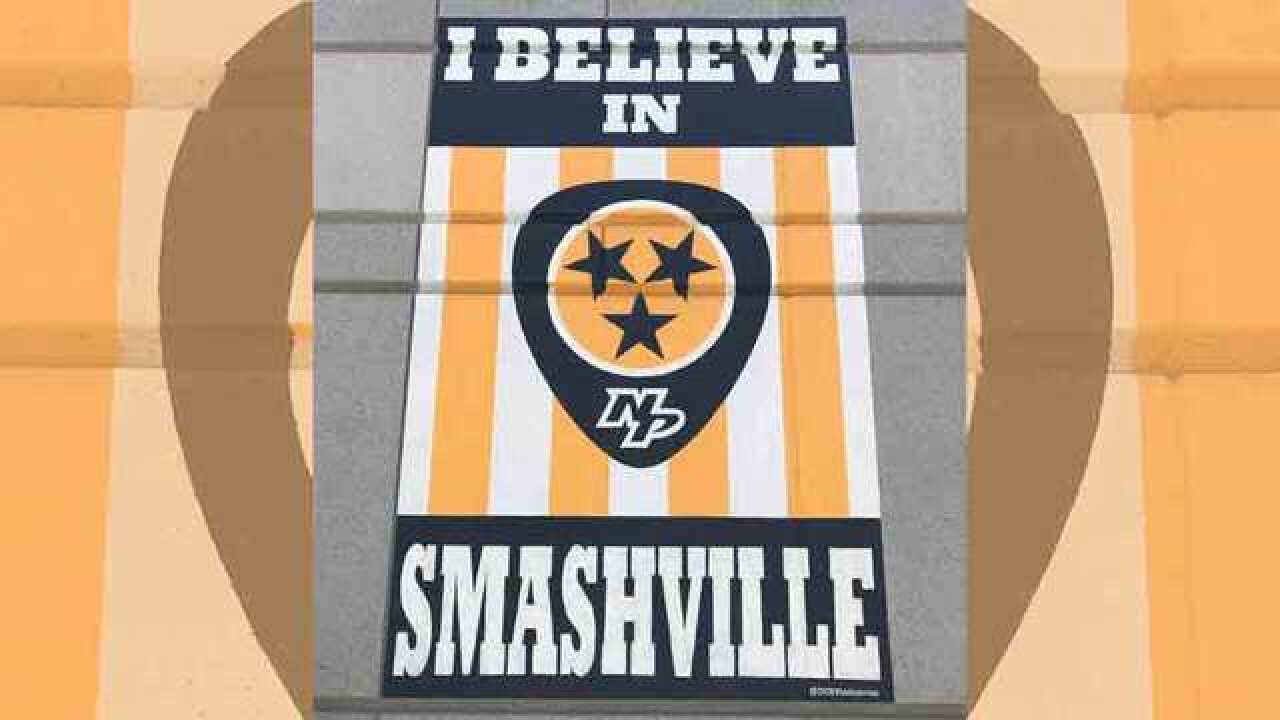 The "I Believe In Nashville" sign has long been a destination in Music City, but now the place everyone wants to take pictures is located just outside the SoBro Entrance of Bridgestone Arena.

"I Believe In Smashville" is the sign that's now in demand for fans and selfie takers.

Not the best framing, but not bad for a live TV selfie. More on game four between the #Preds and Ducks on @NC5 at 5pm. pic.twitter.com/OpdzhAi6dh

And boy is there a belief in Smashville right now.

The Predators have won 10 straight home playoff games at Bridgestone, and an 11th win tonight in game four against the Ducks will give them a commanding 3-1 series lead in the team's first ever Western Conference Final.

The Preds' home playoff winning streak is the longest in the NHL in nearly two decades, since the 1997-98 Red Wings won 10 in-a-row. Those Detroit teams won back-to-back Stanley Cups, and it's a similar home ice dominance that makes Nashville a Stanley Cup favorite this year.

The Predators are backed by a standing room only crowd each night that would break records on any decibel meters. The roaring crowd urged the Preds back from 1-0 down in the third period of game three, the fourth time at home this postseason they've scored the game-winning goal in either the third period or overtime.

The goals are coming from everywhere. Fifteen different Predators have scored goals this postseason with nine different guys notching game-winners.

And they haven't needed to score much in the postseason at Bridgestone Arena. In their six home playoff games, goaltender Pekka Rinne has allowed just seven goals.

Rinne's 19 saves in game three was a nice bounce back effort from Nashville's 5-3 game two loss in which he surrendered a playoff-high four goals in a span of just 18:07.

If he keeps his form at home, the Predators will be hard to beat.

There's 17,113 gold clad fans that make this place the toughest road environment in all of sports.

The home team hasn't lost a playoff game here in more than a calendar year. Another victory Thursday night and the Predators will move one win away from their first ever trip to the Stanley Cup Final.

Smashville believes. Take your pictures now to commemorate the moment.