Predators fans have completely taken over downtown Nashville as the team takes on the Pittsburgh Penguins in Game 3 of the Stanley Cup Final.

Officials have been making sure downtown is safe ahead of the game.

The city is throwing a big party on Broadway with a free performance by Alan Jackson. Gates opened at 3:30 p.m. Saturday for "Broadway Smash: Preds Party with a Purpose."

When the puck drops, fans can watch the game on several big screens.

Concerts and viewing parties for Nashville's Stanley Cup games on Saturday and Monday will take place on Broadway, not Walk of Fame Park.

More than 100 officers were in the area of Broadway and Bridgestone Arena beginning late Saturday afternoon, and they will be there again Monday, both times will be through the end of the games.

Metro Police stepped up patrols and installed water filled barriers to keep cars from driving into the crowds.

“You know what happens more than like, somebody doing it on purpose, is somebody has a medical condition or an older person hits the gas instead of the break and that's really what's to prevent that kind of thing from happening,” said Sgt. John Bourque.

Remember, no coolers or backpacks are allowed at the party. Road closures are already underway downtown.

Puck drop for Game 3 is set for 7 p.m. Saturday, and it’s an important game for the Preds to win after falling two games down against the Penguins.

On Saturday, many fans were excited to see the interest the community has taken in the Preds.

MHC Kenworth Nashville even parked a dump truck downtown that was decorated for the Preds. Those with the company said it could be seen at the corner of Korean Veterans Boulevard and 5th Avenue. 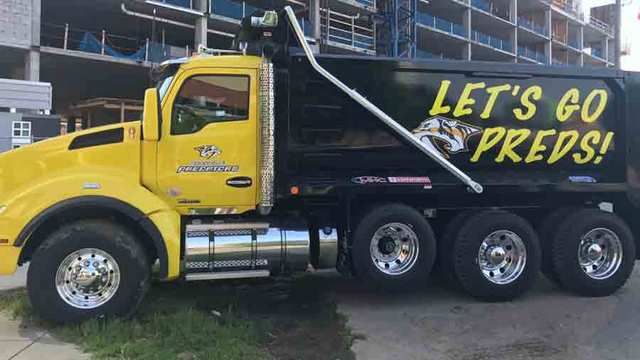 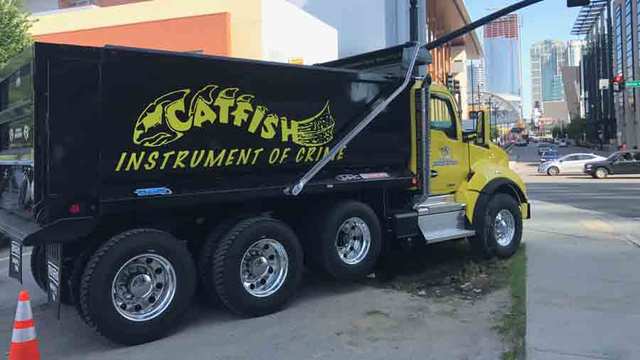