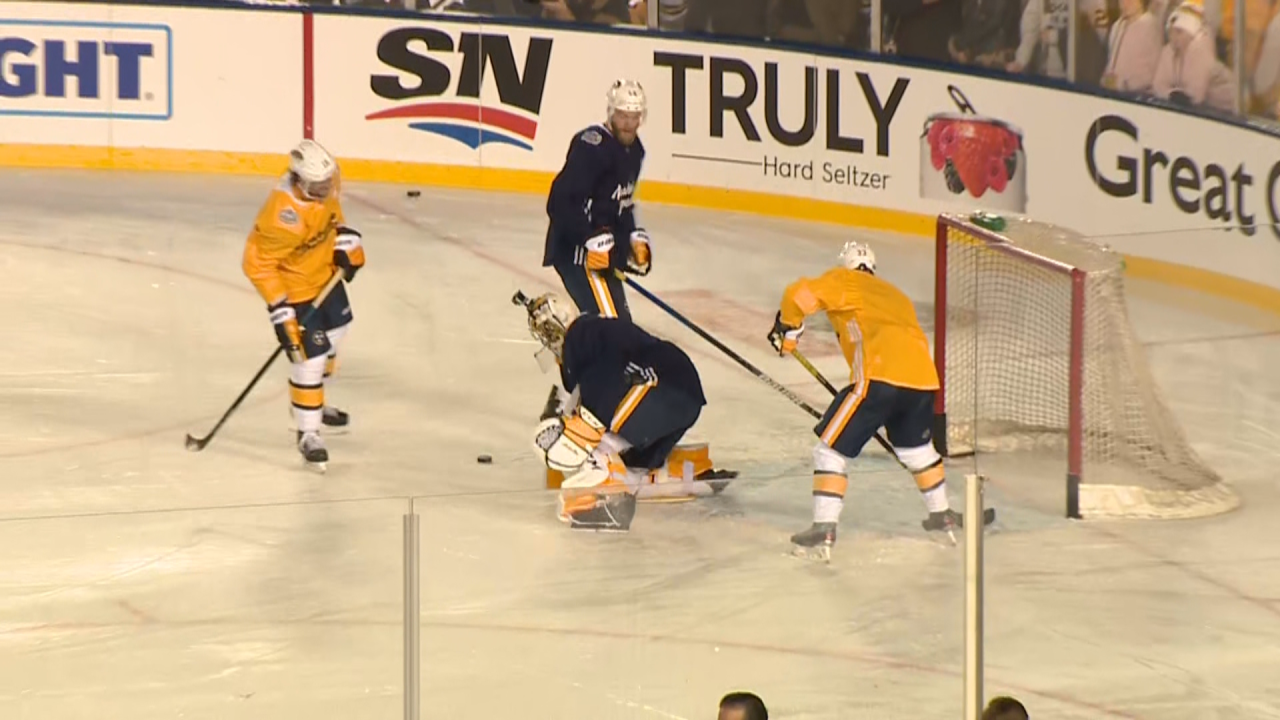 DALLAS (WTVF) — The most famous New Year’s Day in Cotton Bowl history you know until now came 40 years ago in the “Chicken Soup Game”, when flu-stricken quarterback Joe Montana led Notre Dame to an improbable comeback win over Houston. On Wednesday, it will be the Predators looking for a get-well game of their own as they make a little Cotton Bowl history with the first-ever hockey game at the hallowed venue.

The Predators will clash with the Stars in the NHL’s Winter Classic in front of more than 85,000 fans in Dallas. It’s the first time the Preds have been selected for hockey’s annual New Year’s Day showcase since it became tradition back in 2008.

“It’s a game that’s been circled on the calendar,” goaltender Pekka Rinne said. “We’ve all been looking forward to it and seeing it. Hopefully we play a good game”

The game is a nod to the growth of the NHL in the south. Ice hockey has long been treated as second class citizen in some parts of the region, but not with these two franchises who regularly pack their arenas. Nashville’s current sellout streak stands at 174 games.

So the league decided to stage its biggest regular season event in the Sun Belt instead of in Chicago or Boston or New York City. And the two fan bases have rewarded those decision makers for their choice, gobbling up the pre-sale tickets faster than any previous Winter Classic game.

The Predators alone sold more than 20,000 tickets, the most ever by a visiting team.

“It’s going to be good for the sport,” Predators forward Craig Smith said. “Good for Texas, good for Tennessee. It should be fun.”

The southern locale will give the outdoor ice a bit of a test. Temperatures in Dallas are expected to be in the mid-50s, but cloudy skies should help avoid glare and some melting on the ice.

“I thought it was good,” Predators center Ryan Johansen said of the ice after the team’s Tuesday skate around. “I was actually surprised how good it was.”

While it should be a wonderful showcase, it’s also a critical game for the Predators. After back to back losses to the Penguins over the weekend, Nashville currently sits sixth in the Central Division and 11th overall in the Western Conference.

The chance to get a win over a Stars team that sits in front of them in the standings and also eliminated them in the first round of the playoffs last spring is perhaps even more important than the worldwide exposure that comes with playing in the Winter Classic.

“I’ve played in two outdoor games,” first year Predators center Matt Duchene said. “The first won we lost and it wasn’t that great, the second one we won and it was amazing. You get out of it what you put in.”

So while the Predators will enjoy the biggest regular season stage the franchise has ever had, their New Year’s resolution is to start 2020 off on the right foot with a win they hope can spark a second half of the season run.