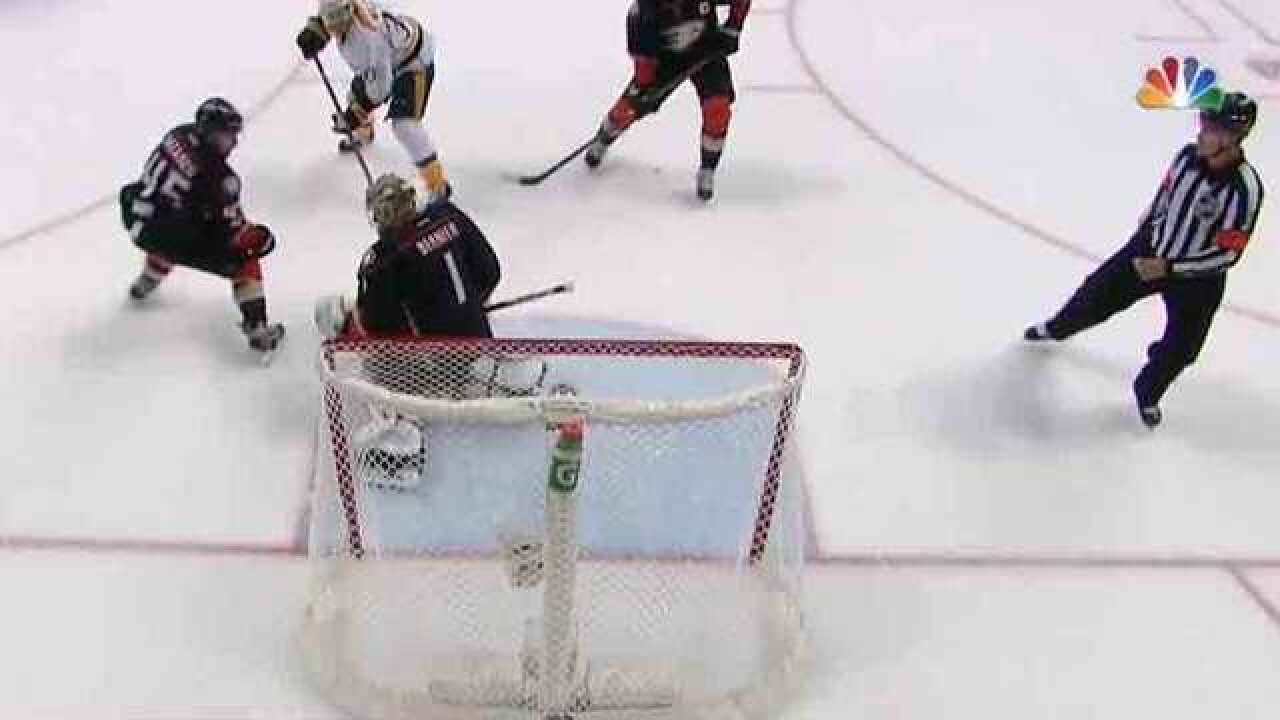 As the Predators touched down in Pittsburgh Saturday, no one on the team plane was lacking motivation.

This, after all, is the first Stanley Cup Final in team history.

But one player has a little extra motivation for this championship series. Forward James Neal was traded by the Penguins to Nashville in the summer of 2014.

And while Neal has moved on, he hasn't exactly forgotten heading into game one Monday at 7 p.m.

"When somebody trade's you, they don't want you anymore," Neal said. "But Nashville did and it's been good."

Neal played four seasons with the Penguins and had three years left on his contract when the two teams struck a draft day trade.

Neal found out when he returned to his hotel room after a day on a Minnesota lake with teammates ahead of Matt Niskanen's wedding. While he didn't know much about the Predators at the time, he quickly fell in love with his new home.

"As soon as I got traded I bought a house here and made it home," Neal said Friday. "I still had three years left on my contract and I didn't want to go anywhere else. I wanted to make it work here and truly wanted to make this place the last place I go, and it's been awesome."

Neal was immediately named one of the Predators' assistant captains upon his arrival. He's been a part of a leadership team that's taken the team to the playoffs in each of his three seasons, and made a smooth transition after the trade of captain Shea Weber last summer.

On the ice Neal has scored at least 23 goals all three seasons in Nashville, highlighted by  31 in 2015-16. This postseason, he has five goals in 16 games, including the overtime winner in game one of the series against the Ducks, sparking the Preds to their first Western Conference title.

"He's been great," coach Peter Laviolette said. "He's a power forward, gets the puck off, scores goals and can play physical, a veteran player that's been in some games down the road in playoff series, so it's good to have guys like that."

Now Neal has a chance to live out any hockey player's biggest dream, of playing in a Stanley Cup Final, against his former team.

And while the 29-year-old wing says he remains friends with several of his former teammates in Pittsburgh, that only adds to his motivation.

"Any time you get traded from a team and you move on to the next, you always want to play great against your old team," Neal said Friday. "It'd be the same for any guy that got traded. It gives you a little extra motivation."

And now the Predators stand four wins away from a world championship, with Neal helping lead the charge.