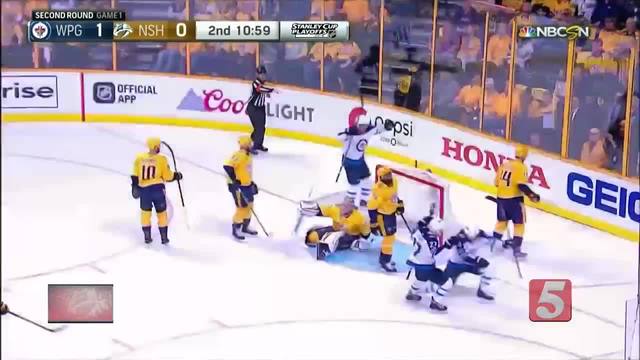 Late in the second period Friday night Jets forward Blake Wheeler ran into Predators goaltender Pekka Rinne and was sent to the penalty box for interference. 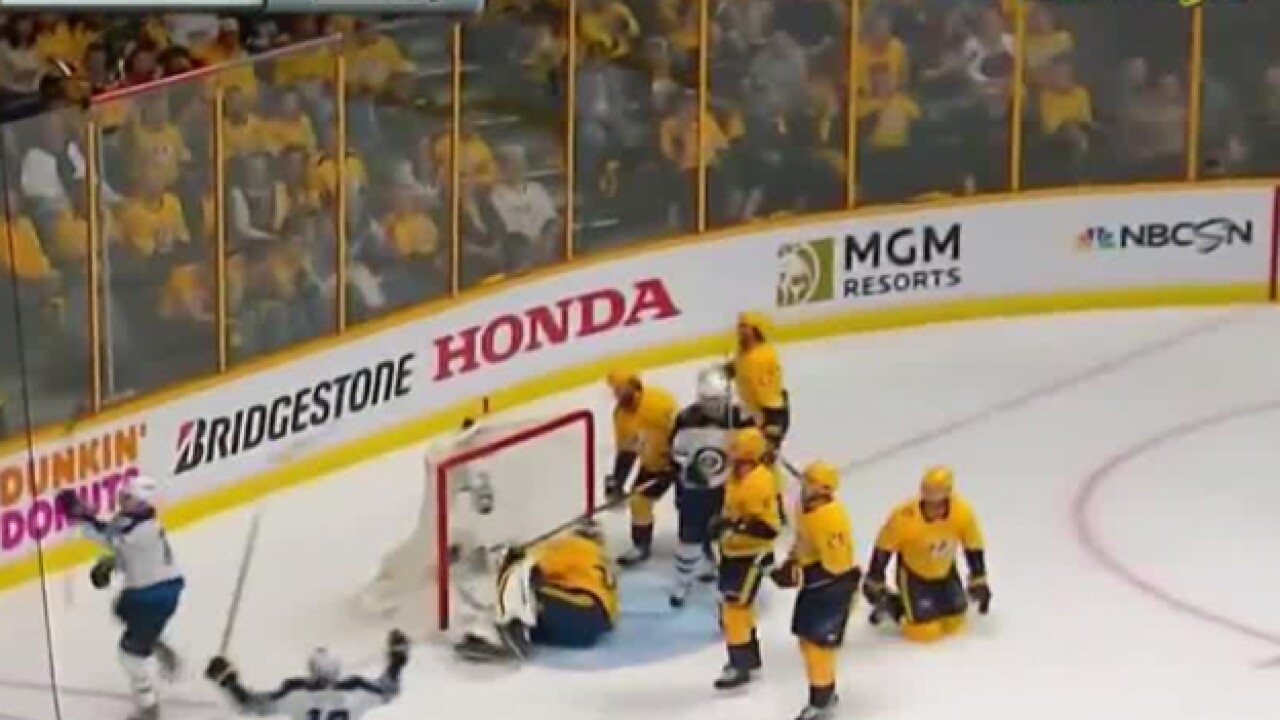 Late in the second period Friday night Jets forward Blake Wheeler ran into Predators goaltender Pekka Rinne and was sent to the penalty box for interference.

A short time later Filip Forsberg clanged a one-timer off the post with a wide open net, and moments after that Wheeler streaked out of the box, gathered the puck and dropped it for Mark Scheifele who ripped a shot past Rinne for a 3-0 Jets lead.

It was a sequence that summed up a frustrating night for the top-seeded Predators, who tilted the ice in their favor for much of the night but fell 4-1, surrendering their home ice advantage in game one of this highly-anticipated Western Conference semifinal.

We anticipated a back and forth affair between the top two teams in the NHL this regular season. What we got was the President’s Trophy winning Predators dominating the first 20 minutes in front of an electric Bridgestone Arena. There were blasts from the point, speedy rushes and flurries for rebounds in front of the net. But Connor Hellebuyck looked every bit the part of a Vezina Trophy finalist, standing tall to stop all 20 shots, a Nashville playoff record, he faced in the period.

Meanwhile, the Preds made one mistake and the Jets pounced when Alexei Emelin failed to control a puck in the defensive zone, Bryan Little took it, shot off Rinne and Brandon Tanev punched in the rebound. The Jets lead 1-0 on just their fourth shot of the game.

Winnipeg’s good fortune continued in the second period when Paul Stastny punched in another rebound with the puck awkwardly bouncing in front of the Nashville goal.

The Predators had 36 shots through two periods, but couldn’t dent the scoring column, as Hellebuyck turned them away time and time again, setting a new career playoff-high for saves by the second intermission.

The Jets, on the other hand, managed just 16 shots and really only three scoring chances, but made each one count for a 3-0 lead after 40 minutes.

Nashville did finally breakthrough on Hellebuyck with a Kevin Fiala goal 1:23 into the third period, but that was as close as they would get.

The Preds can build off that, and the fact they controlled much of the action throughout, outshooting the Jets by a whopping margin of 48-19. If they continue to play like that chances are they’re going to win this series.

But this has to feel like an opportunity lost because the Jets only figure to get better. That’s a good team that didn’t have a great night, but stole a game thanks to a superb effort from Hellebuyck and a few opportunistic plays.

So what should we make of what we just saw moving forward? The Preds were the better team in game one, but it’s the Jets that hold the 1-0 series lead and the early control of the series.

Predators Head Coach Peter Laviolette perhaps summed it up best after the game saying, “if you give me two choices, our game or the win, I’d take the win.”