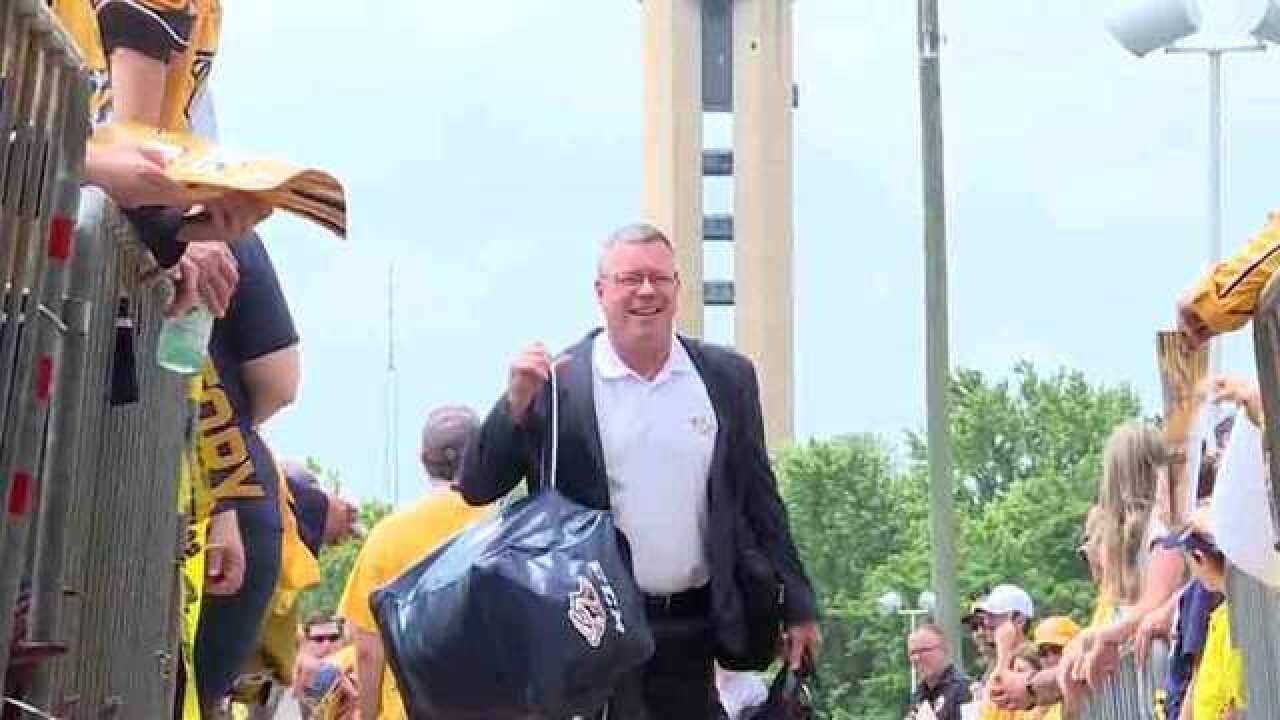 Upon landing in Pittsburgh Saturday afternoon, our pilot went on the intercom to inform a packed airplane where we had just arrived.

"Welcome to Pittsburgh," the captain said. "Home of the Penguins, the Stanley Cup Champions."

As if anyone from Nashville needed a reminder the Penguins are the reigning world champs and veterans of this final series, now making a fourth appearance in the championship round over the past decade.

Meanwhile, the Predators are making their first ever Stanley Cup Final appearance.

"This is something you dream of doing growing up," Predators defenseman Ryan Ellis said.

Fellow blue line mate Matt Irwin said he wouldn't think it would actually set in until the team landed in Pittsburgh, which happened shortly after 3 p.m. Eastern time. From there the Predators moved into a quiet, secretive suburban hotel (Pittsburgh fans have a reputation with hotel operators in this town) and had a team dinner.

It will be one final night for a team that had never even made it past the second round of the playoffs before a few weeks ago.

"You try to enjoy this," goaltender Pekka Rinne said. "I've played for a long time and this is my first opportunity to play for the Cup. They don't just happen, so you try to enjoy the moment."

Rinne will be able to enjoy the moment for about 48 more hours before he starts getting peppered with shots from a dangerous Penguins attack. Stars Sidney Crosby, Evgeni Malkin and Phil Kessel have each scored seven goals this postseason.

How the Predators plan to match up with those top line stars without injured star center Ryan Johansen figures to be a topic for Sunday's Media Day. However, the loss of Johansen may be eased ever so slightly by the encouraging progress of another one of the Preds' top centers.

Captain Mike Fisher sustained an upper body injury in game four against the Ducks and missed the final two games of the Western Conference Final. But he has skated with the team this week and made the trip to Pittsburgh Saturday.

"It feels better than it did," Fisher said this week, adding that he hopes to play in game one.