Preds Bounce Back, Win 5-1 On Historic Night In Smashville 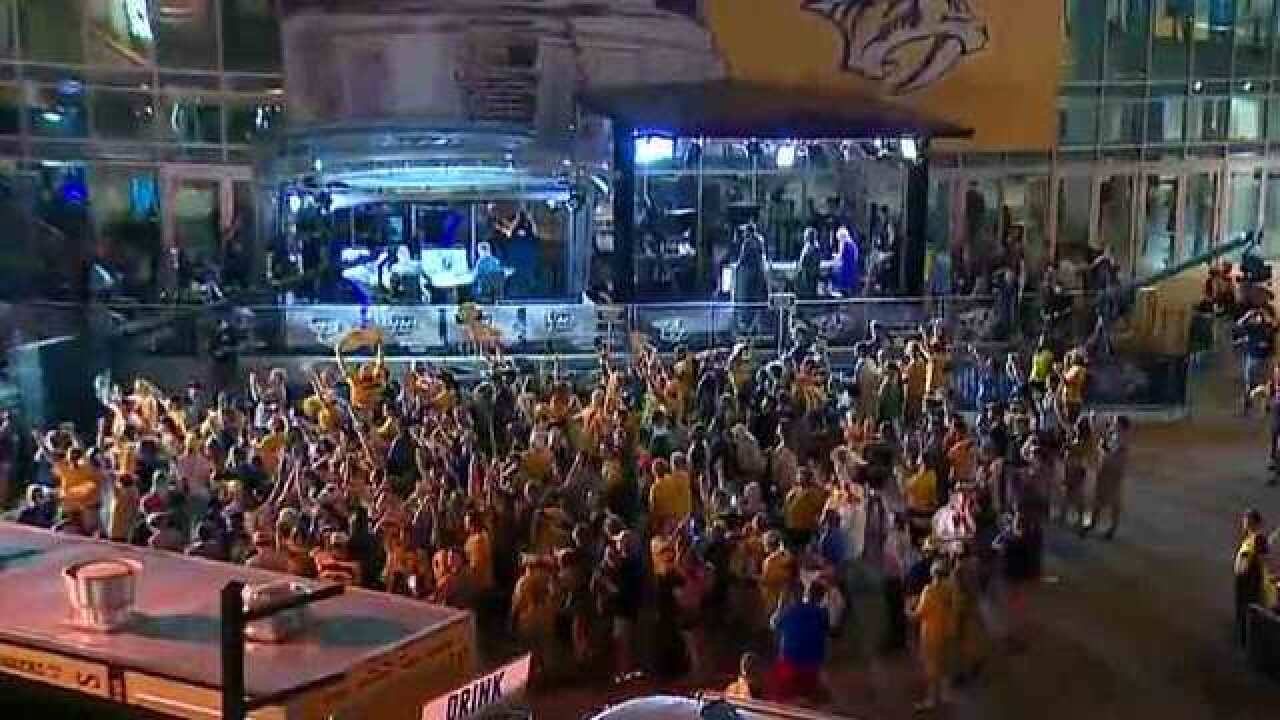 Bridgestone Arena roared 35 minutes before puck drop. The plaza outside was so packed the fire marshall had to clear it for safety reasons. Thousands more packed lower Broadway for the official watch party of the first ever Stanley Cup Final game in Nashville.

The stage was set. The Predators just needed to do their part.

Back home after dropping the first two games of the series in Pittsburgh, the Preds looked jittery at the start.

Carter Rowney had an early breakaway chance. Then Jake Guentzel pounded in a rebound for his fourth goal of the series just 2:46 into the game to give the Penguins the lead.

But the Predators were able to kill off the penalty as they've now done 12 times in 13 opportunities this series and the home team settled in.

Still the Predators had gone without a goal since the first period of game two and trailed 1-0 into the second period until Roman Josi connected on a Power Play blast to beat the previously impenetrable Matt Murray.

The goal snapped a 72:54 scoreless streak and seemingly opened the floodgates. With the arena still buzzing, young Frederick Gaudreau ripped a wrister by Murray just :42 later to give the Preds the lead.

Smashville believed, and it voiced its approval in full throat. The noise reached a deafening level when Viktor Arvidsson shoveled a puck off the net from behind the goal and former Penguin James Neal stuck it in for a 3-1 lead after two.

With the lead Rinne, who was the subject of constant questioning this week, some wondering if he should even be benched for game three after allowing four goals in each of the first two games, settled in. Rinne continued his stellar postseason at home, stopping 27 shots.

By the time Craig Smith and Mattias Ekholm became the 18th and 19th different goal scorers for Nashville this postseason it was Murray that looked like the suddenly shaky goaltender.

As the chippy final minutes ticked away on a 5-1 rout, the crowd both inside and outside Bridgestone Arena chipped in with thunderous approval.

They say you shouldn't worry in a series until you lose a game at home. That was not going to happen on this night. The residents of Smashville, nor their team, would allow it.

This historic night ended with the Predators' first ever Stanley Cup Final victory setting the stage for an even bigger game four Monday night.

And now this series is officially on.