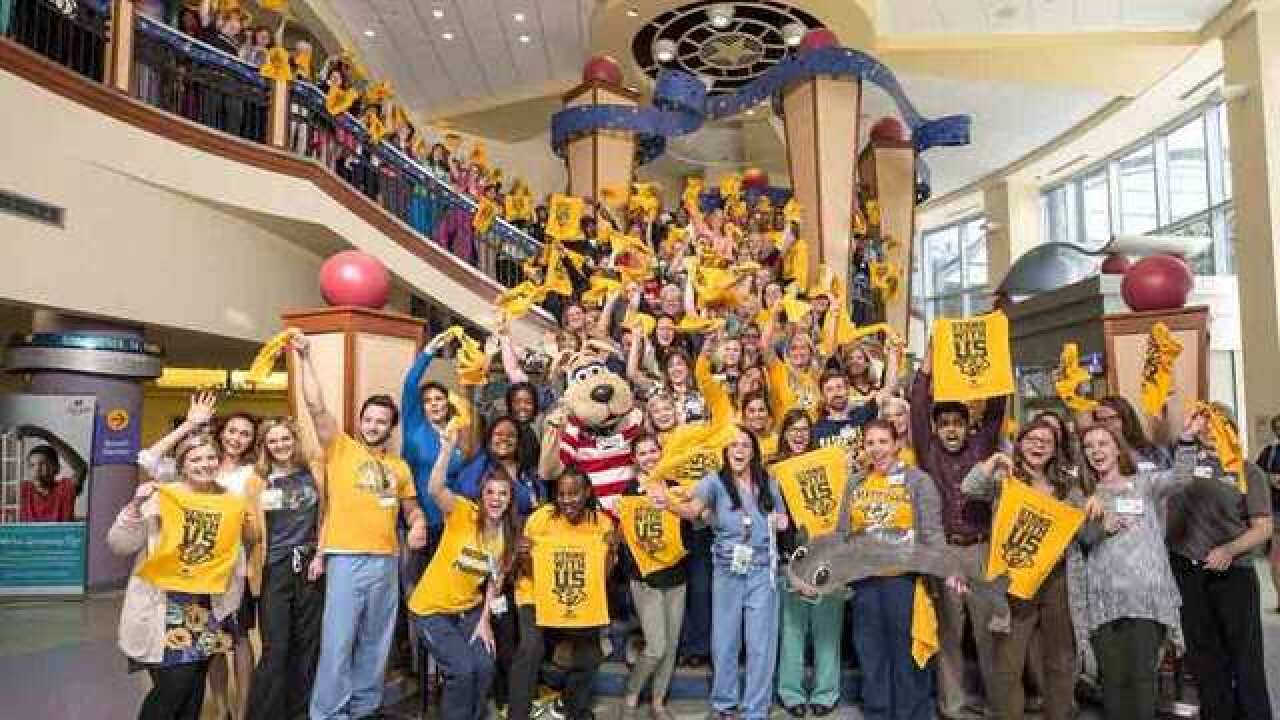 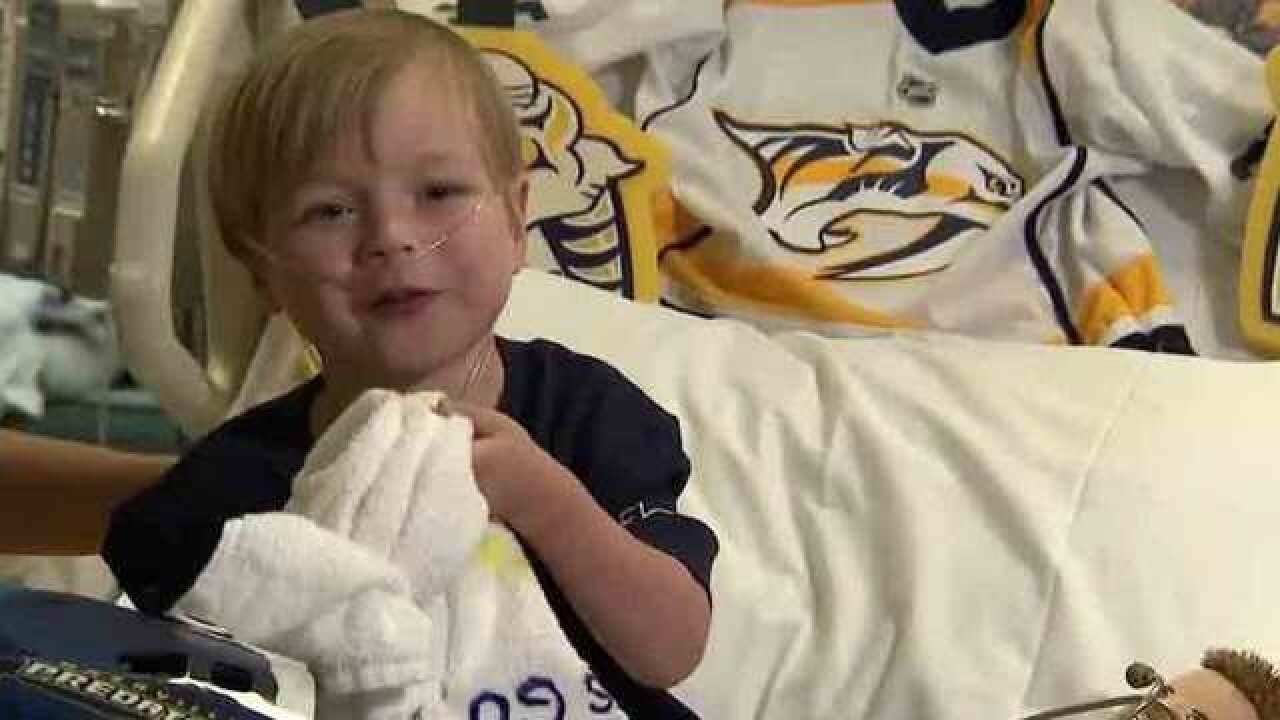 Inside the Pediatric Intensive Care Unit on the 5th floor of Vanderbilt Children's Hospital, it can often be hard to find happiness, but inside Caleb Daniel's room, the Nashville Predators have been lifting spirits one playoff game at a time.

Caleb has spent most of his young life in and out of the hospital. The four-year-old was born with a congenital heart condition known as "hypoplastic left heart syndrome."

"There's not a repair for his condition, so we just take it one day at a time," his mom Ashley said.

Spend just an hour with Caleb though and it's hard not to have your heart warmed by a little boy who only has half of his.

Awash in blue and gold, his hospital bed on the fifth floor looked more like the Predators Pro Shop than a place where a sick child has spent the last few weeks undergoing tests and procedures. It all started in 2016 when Predator's goalie Pekka Rinne and captain Mike Fisher paid Caleb a visit.

When asked who on the team he's met, this little boy with a head of blonde hair responded "Pekka! And Mr. Mike," referring to the hockey stars he now calls his friends.

"It has brought such excitement and lifted him up and kept him going," Ashley said.

From his hospital bed, Caleb has watched every playoff game. He does the "fang fingers" cheer when the Preds are on a power play and even has a catfish made from a hospital towel that he pretends to throw on the ice.

The Predators haven't just found a way to create a new generation of young hockey fans, they've also brought joy and happiness to a place that could use a few smiles.

"Sometimes he sends his nurses to the penalty box," mom Ashley added.

It appears hockey has in some way helped fix a broken heart.