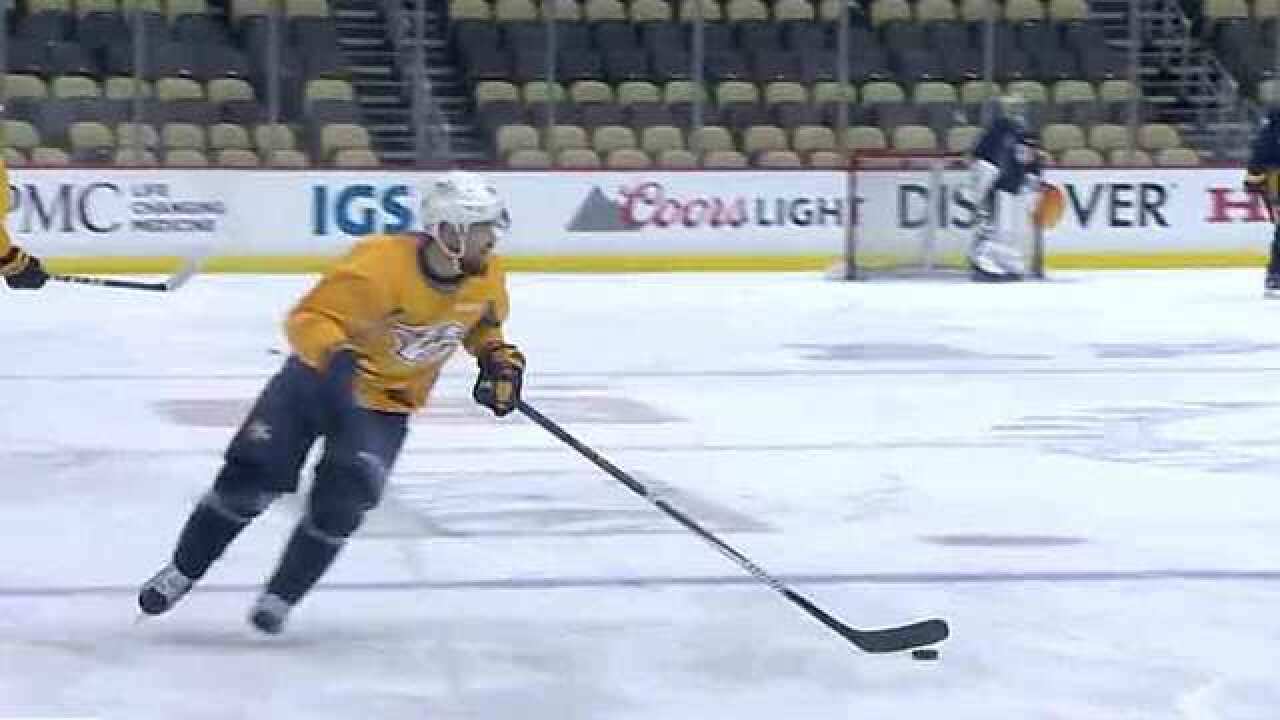 This one was over before it started. Justin Schultz's goal just 91 seconds into the first period proved to be all the Penguins would need as they took apart the Predators 6-0 in Game 5 of the Stanley Cup Final.

Pittsburgh now leads the series 3-2 with Game 6 set for Sunday at Bridgestone Arena. Preds goaltender Pekka Rinne had by far his worst game of the postseason giving up three goals on nine shots in the 1st period. Rinne was pulled from the game in favor of Jusse Saros, who promptly gave up three goals of his own in the second.

After the game, Rinne's teammates were saying it wasn't all his fault. "We hung him out to dry," said defenseman Roman Josi, "We didn't play well in front of him."

They had better be. Otherwise, this magical season will come to a bitter and disappointing end.