Preds Look To Seize Control Of Series In Game 2 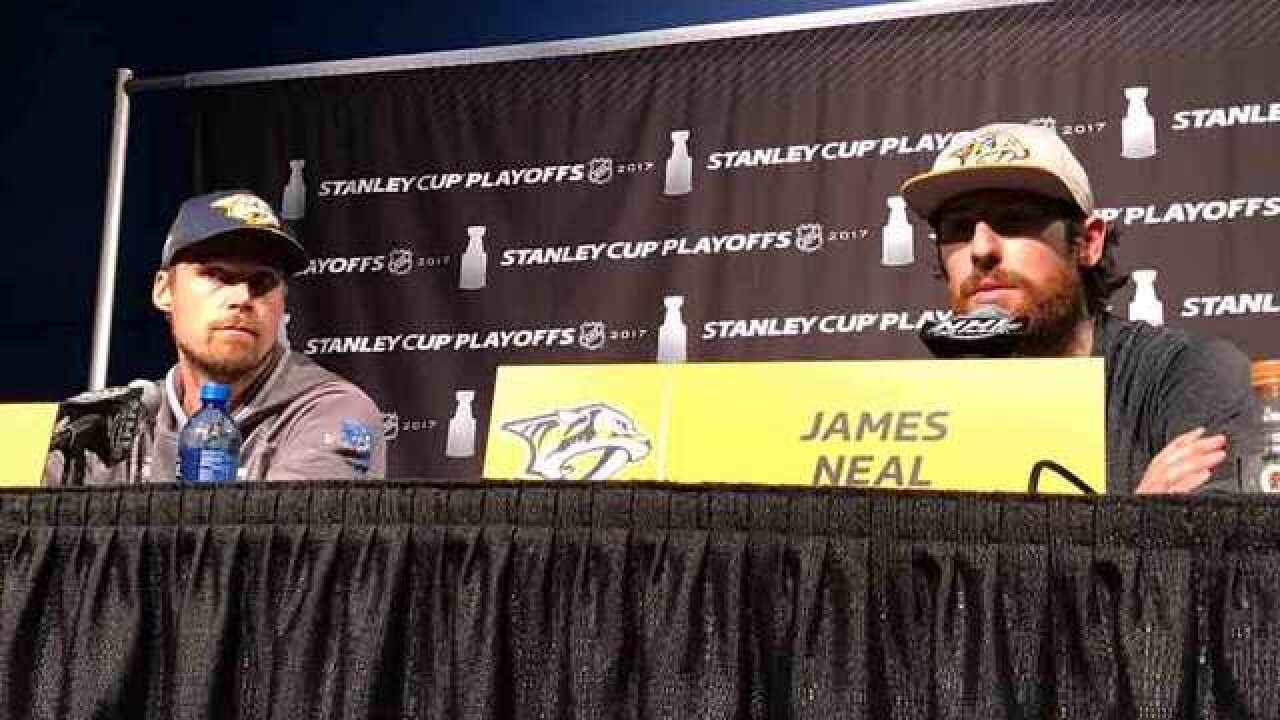 The Predators stole game one on the road for the third straight series Friday night against the Ducks, but they aren't satisfied. They want to take control of their Western Conference Final series with a win in game two Sunday.

James Neal's goal 9:24 into overtime gave the Predators a 3-2 win in game one, stealing home ice advantage away from the Pacific Division champions. Win again on Sunday and the Preds, who are yet to lose at home this postseason, may not even have to make a return trip to California.

"It was huge," forward Austin Watson said of the game one win. "But game one is over and now it's on to game two. All playoffs we've just been focusing a game at a time and right now we're trying to win game two."

It's a position the Predators are now used to. They won game one on the road in the first round at Chicago, and again in round two at St. Louis.

The Preds went on to take game two against the Blackhawks 5-0, but fell to the Blues 3-2 in the second game.

"I liked the way we played in the first round better than in round two," Predators head coach Peter Laviolette said. "Right now its about being consistent with your effort. We have a great deal of respect for our opponent, in all three series. We understand that if you take your foot off the gas, you probably won't like the result."

The Predators know there's a big difference between heading back to Nashville up 2-0 or being tied 1-1. But even more importantly they're focused on the way they're playing, and know they can still get better.

"We played well, but we can be even better," defenseman P.K. Subban said. "Was that our best 60 minutes? Eh? But it was good enough to win."

And this time of year wins are all that matter.

The Predators are now 9-2 in the playoffs, and a win Sunday away from taking a commanding lead in their first ever Western Conference Final.

They aren't satisfied yet.