Preds On Brink Of Elimination After Blowout Loss 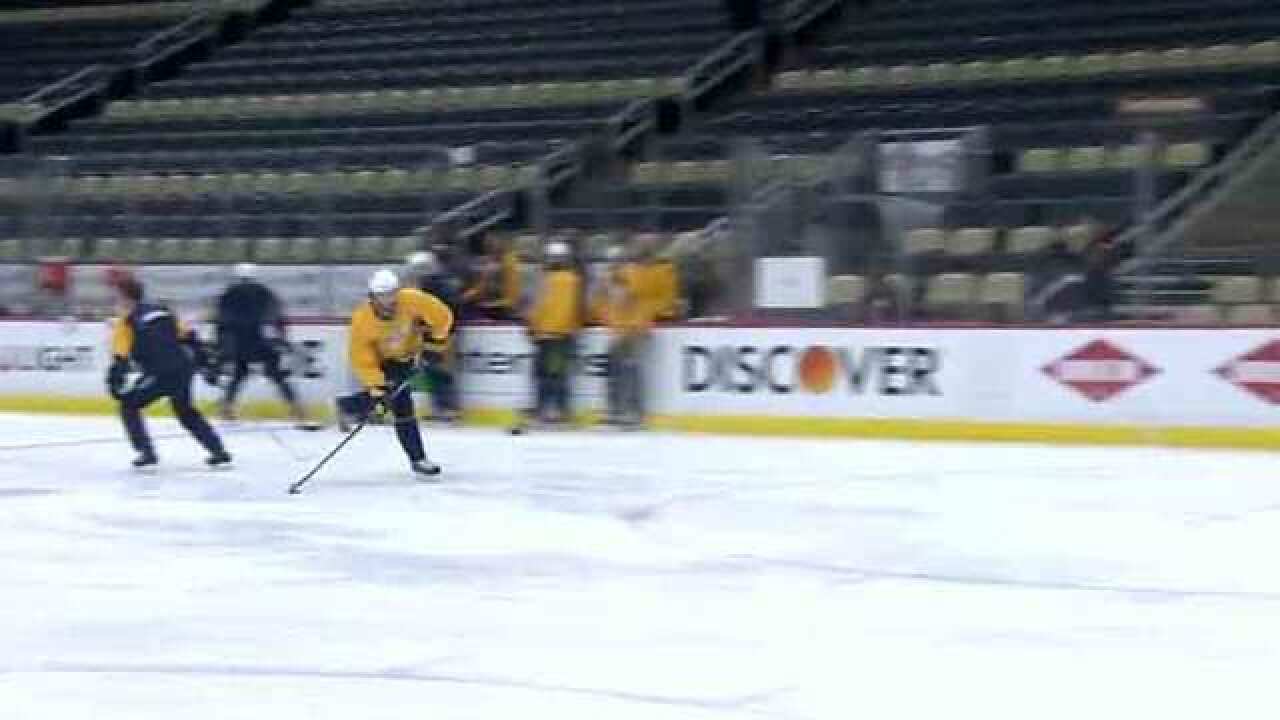 The Penguins are still the reigning Stanley Cup champions, and they reminded everyone of that with a convincing 6-0 win in game five of the Stanley Cup Final, taking a 3-2 series lead on the Predators.

After back-to-back 5-1 and 4-1 losses in Nashville, the Penguins came out with a burst to their game not before seen in this series. The champs had heard all about the Predators' domination, their fans sick of the praise being heaped upon their Smashville counterparts.

No one ever questioned whether Pittsburgh was a hockey town, and it's fans had reason to loudly chant, "We want the Cup" as their Penguins produced a blowout win that moves them within one victory of the franchise's fifth Stanley Cup.

A catfish hit the ice moments before puck drop to a chorus of boos, but it did not take long for the crowd to explode into cheers. Sidney Crosby quickly sent a message, drawing a penalty on Ryan Ellis just 50 seconds into the game.

And the Penguins Power Play that had been shutout 15 straight times, finally cashed in as Justin Schultz blasted a shot from the point through Pekka Rinne.

Rinne was an impenetrable wall in Nashville, but once again struggled in Pittsburgh, where he's now 0-6 as a starter. Bryan Rust's backhand goal made it 2-0, and Evgeni Malkin's one-timer on a nice drop pass from Phil Kessel gave the Penguins a 3-0 lead after one and ended Rinne's night.

The Predators' star goaltender was pulled for the second time in three games in Pittsburgh, having allowed three goals on just nine shots. His save percentage in the three games is a paltry .755, which makes it difficult to win.

This loss can not and should not be pinned on Rinne, however. This was a complete failure by the Predators to match the Penguins' intensity or execution. This game became a runaway train and the Preds were standing on the tracks.

Juuse Saros replaced Rinne and allowed three goals himself as Nashville suffered by far it's worst loss of the postseason.

Now for the first time in the playoffs the Predators will face elimination, back in the friendly confines of Bridgestone Arena where they are 9-1 this postseason and their fans will come with a counter punch of their own. They can take heart in the fact that the three previous teams to lose by at least six goals this postseason all rebounded to win their next game.

That would be good enough to force a winner-take-all game seven back in Pittsburgh, where the Predators would have to figure out some way to breakthrough against these champs to win their first Cup.

Right now, it's time to regroup. This game was not pretty, but it only counts for one loss.

The Predators are still just two wins away from winning the Stanley Cup, but there's no more margin for error.