Preds Outlast Jets In 2 OT's To Even Series 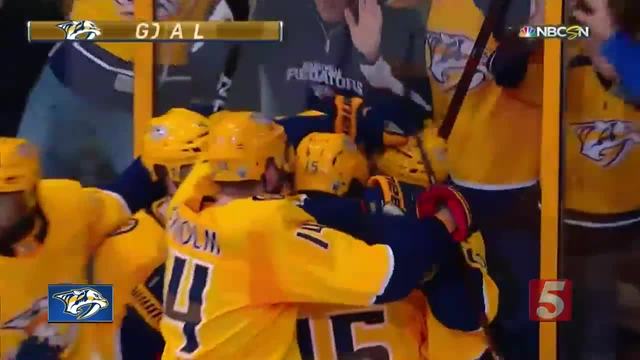 Smashville called out the big guns Sunday night. The Bridgestone Arena sellout crowd knew what was at stake after their Predators lost 4-1 to the Jets in game one Friday night. 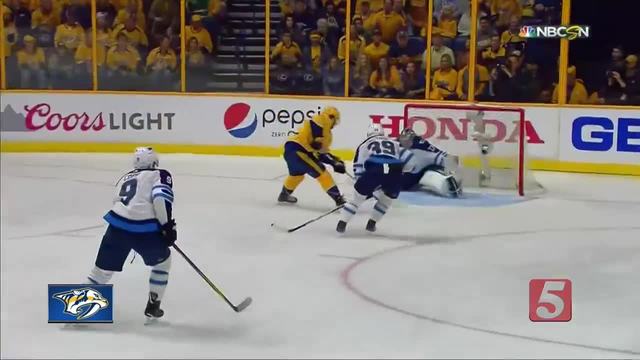 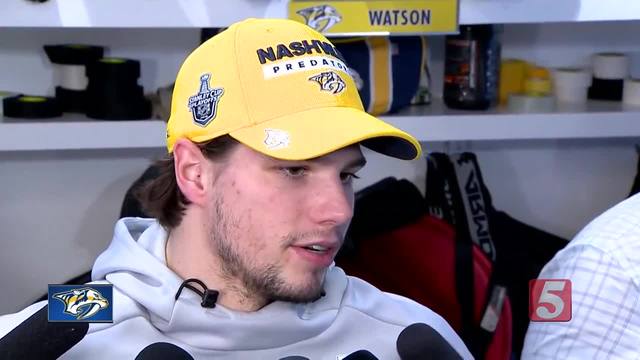 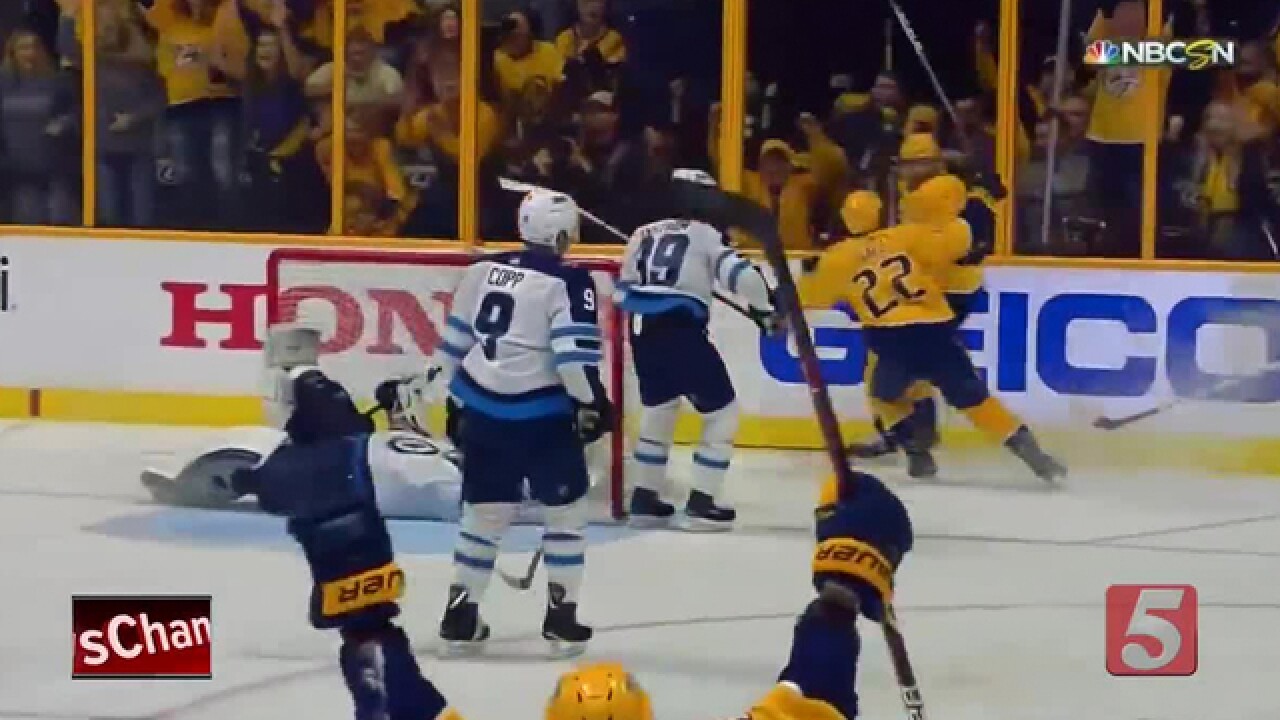 Smashville called out the big guns Sunday night. Carrie Underwood sang the national anthem, the Titans offensive line chugged beers out of the mouth of a giant catfish and James Shaw Jr., the hero of last week’s Waffle House massacre, got a standing ovation after he met with Predators players before the game.

The Bridgestone Arena sellout crowd knew what was at stake after their Predators lost 4-1 to the Jets in game one Friday night. Lose this game and the President’s Trophy winners would be in real trouble, not to mention there would be no guarantee of more hockey in Smashville this year.

It didn’t take long for an urgent home team to strike. Just 27 seconds to be exact. With the arena still buzzing from the pregame festivities, the Preds made their very first shift count as Ryan Johansen blew the roof off the building with a pinpoint shot to the upper corner of the goal for a 1-nothing lead.

But while the start had the unique magic that only is seen in Smashville, it was the finish more than 85 minutes later that will be remembered from this night. The overlooked second line evening this series at a game a piece as Kyle Turris chipped a puck through the neutral zone to a streaking Craig Smith on a two-on-one rush. Smith then found Kevin Fiala, who patiently waited for goaltender Connor Hellebuyck to commit to a direction before shoveling a backhand flip into the net for the game winner.

It was Fiala’s second career playoff winner in overtime. He also scored the game-winner in game three of the opening round series against the Blackhawks last year, helping to spark the Preds’ run to the Stanley Cup Final.

This goal may have just saved the season. Falling down 0-2 with the next two games in Winnipeg where the Jets won a NHL best 32 games this season would be a daunting task. Instead, Fiala’s goal turns this matchup of heavyweights into a best-of-five series and shifts the pressure into the Jets to make sure they hold serve at home.

This highly-anticipated series between the top two teams in the NHL this season finally arrived Sunday night. It was physical, it was heated and it had more swings in play than you can imagine.

Despite the Predators quick getaway that might have suffocated a lesser team, the Jets kept pressing and scored a pair of goals to lead 2-1 after one period. Then, after the Preds tied it on a power play blast from P.K. Subban, and took a lead on a laser off the rush from speedy winger Viktor Arvidsson, Winnipeg fought back.

Brandon Tanev taking a turnover, skating in and sliding the puck around Pekka Rinne’s stick to tie the game 3-3 with 14:49 left in the third.

But as quickly as the life was sucked out of Bridgestone Arena, the energy came flooding back as Johansen skated around Toby Enstrom and roofed a skillful flip over Hellebuyck’s pad and below the crossbar for a 4-3 lead just 34 seconds later.

Winnipeg would not go away, however, sending wave after wave of pressure over the final 10:00 of regulation, outshooting Nashville 14-5 during that time. Finally, with the goalie pulled late, Patrick Laine found Mark Scheifele for a one timer from just left of Rinne that tied the game with just 1:05 left to play.

It was Scheifele’s second goal for the second straight game to start the series, and briefly made it seem like the magic of Smashville had worn off.

But despite back to back home playoff losses and a frustrating finish to regulation the experienced Predators came out ready for overtime, controlling play and the chances through the extra 20:00. Mike Fisher came inches from winning it. Viktor Arvidsson had a chance. And there were others, but to no avail until Smith found Fiala 5:37 into double OT, simultaneously allowing 17,500 dresses in gold to roar their approval of a hard fought win and exhale after holding their breath for nearly four hours.

And now we’re guaranteed at least three more of these games, including an 8:30 p.m. start for game five on Cinco De Mayo which figures to be quite a scene, though it figures to be considerably longer than that.

The Jets struck first in this heavyweight bout by stealing game one on the road, but the Predators got off the mat Sunday and evened the score through two rounds.

The series we all looked forward to all season long is finally here. And it’s delivering.