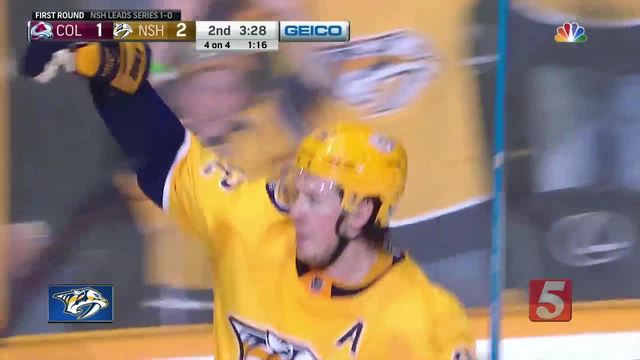 On a rainy Saturday afternoon, the normally delirious Smashville crowd took a bit to get going, and so did the Predators. But once they did, team and crowd flexed their muscles for a 5-4 arena rocking victory over the Avalanche that gives them a 2-0 lead in this first round series. 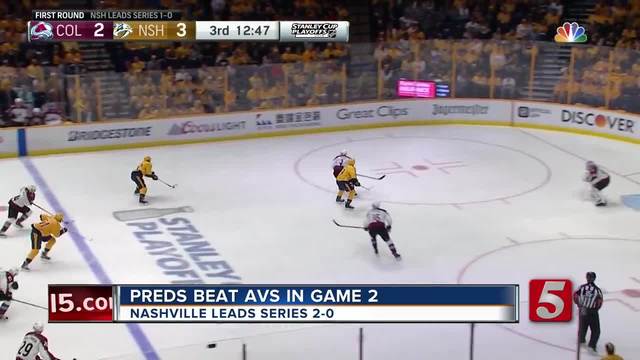 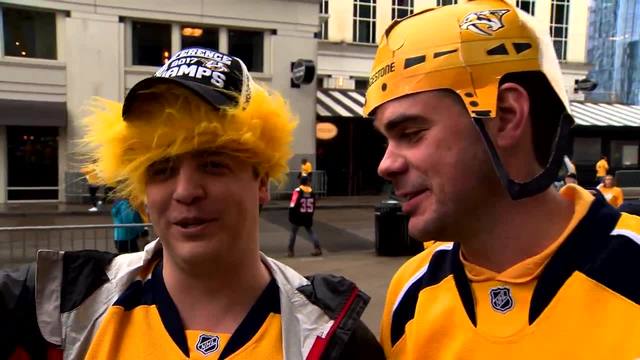 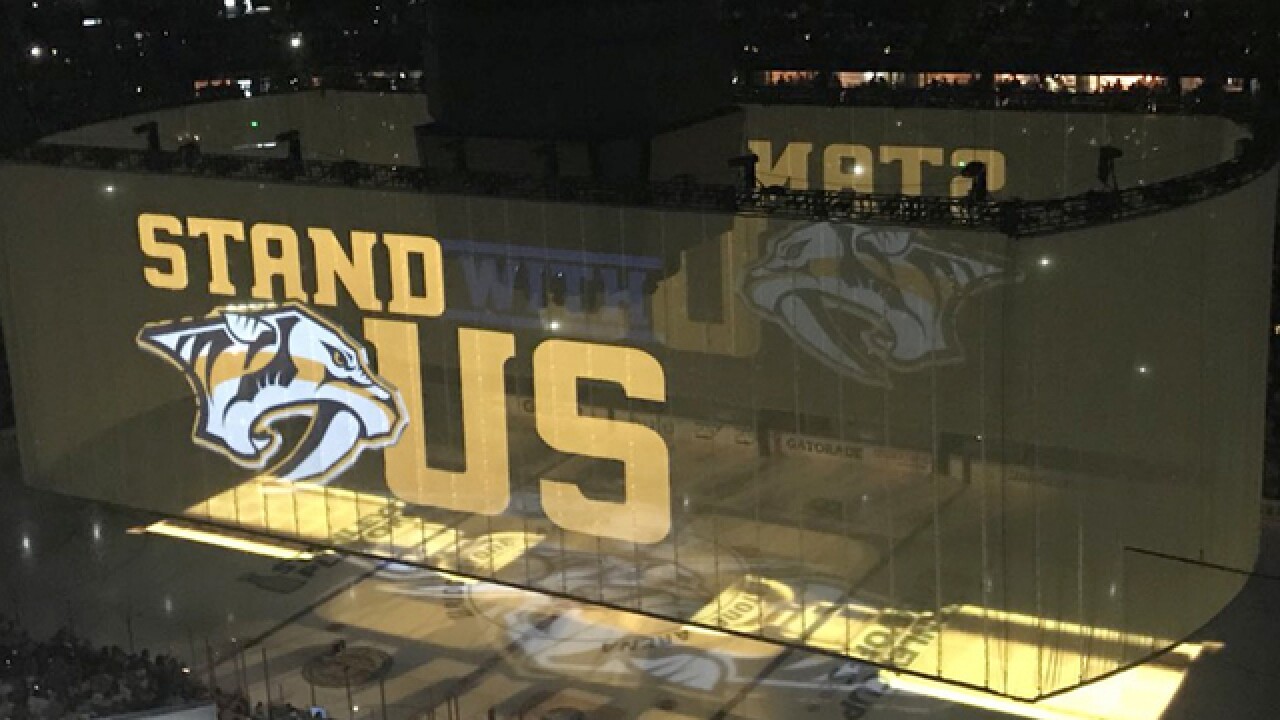 On a rainy Saturday afternoon, the normally delirious Smashville crowd took a bit to get going, and so did the Predators. But once they did, team and crowd flexed their muscles for a 5-4 arena rocking victory over the Avalanche that gives them a 2-0 lead in this first round series.

For the second straight game the Avalanche scored on their very first shot attempt when Ryan Hartman turned the puck over in the Preds’ defensive zone and former Pred Gabriel Bourque buried a shot from the slot.

For the second straight game Colorado controlled early puck possession and the faceoff circle as it carried a 1-0 lead into the first intermission.

But for the second straight game the Predators came out roaring in the second period. The beautiful tic-tac-toe passing from Kyle Turris to Colton Sissons setting up a the game-tying goal for Kevin Fiala as a power play was expiring just 1:01 into the second period.

Then with their gold-clad backers peeking up the Predators took the lead in the blink of an eye. P.K. Subban clearing a dangerous puck out of the trouble area in front of the Preds’ net to Mattias Ekholm who found a streaking Viktor Arvidsson down the right side of the ice. With no one able to catch up with him, Arvidsson ripped a shot far post past Jonathan Bernier to give Nashville the lead for good.

“Its a huge advantage for us, playing in our. Holding with the atmosphere we have and we can go out and feed off that and play our game,” Johansen said. Definitely great to get some confidence here in the first two games at home. It shows how comfortable we are in our building.”

With the crowd still roaring minutes later, Ryan Johansen deposited a breakaway goal with a nifty backhand flip to give the Predators a 3-1 lead. Nathan MacKinnon pulled the Avs within 3-2 at the end of two, but the Preds again had the answers.

The first one came when the Avalanche got caught in a line change and failed to play a puck in its defensive zone. Nick Bonino gathered the loose puck and passed it to Fiala who found Austin Watson for a 4-2 lead.

“I think I’m seeing the net a little better these days,” Watson said after his second goal in as many games this series. “You get a couple to go for you and you get a little bit of confidence. It might not come easy sometimes but I’ve been fortunate to get put in some good positions. What a play by Kevin tonight to slip that over. It’s nice to score a goal here and there for this team.”

Then after Gabriel Landeskog’s goal cut the lead to 4-3, the Avs pulled Bernier in favor of the extra attacker with less than 2:00 left, and Ryan Hartman outskated everyone to pound home an empty-netter. Hartman was tackled to the ice by teammates celebrating his first career playoff goal which, for all intents and purposes put away the game.

“They came out really strong. I thought we matched that,” Predators center Nick Bonino said. “We didn’t get a goal in the first but we took the lead into the third and got it done.”

Despite not yet clicking on all cylinders, the Predators have made the most of their home ice advantage. This marks the first time in franchise history that they have won the first two games of a series at home, and now they stand two wins away from the second round for the third straight year.

What we’ve learned through two games is Nashville needs to start faster because Colorado isn’t going away. But we’ve also seen that when the Predators do get going, especially in this building, the Avalanche can’t keep up.

“It’d be great it we just won all of our home games. That’d be hard to do,” Predators coach Peter Laviolette said after the game. “We’re going to have to win at home a lot and we’re going to have to win some road games too. I think the big thing is the home ice gives you the extra game (at home). It’s nice to start here for sure and get the job done in front of our fans.”

The Avs will get a boost from their home crowd and the altitude adjustment in the Mile High City Monday night for game three. They’re going to need it.

Because right now it’s hard to see the Avs making this much of a series.