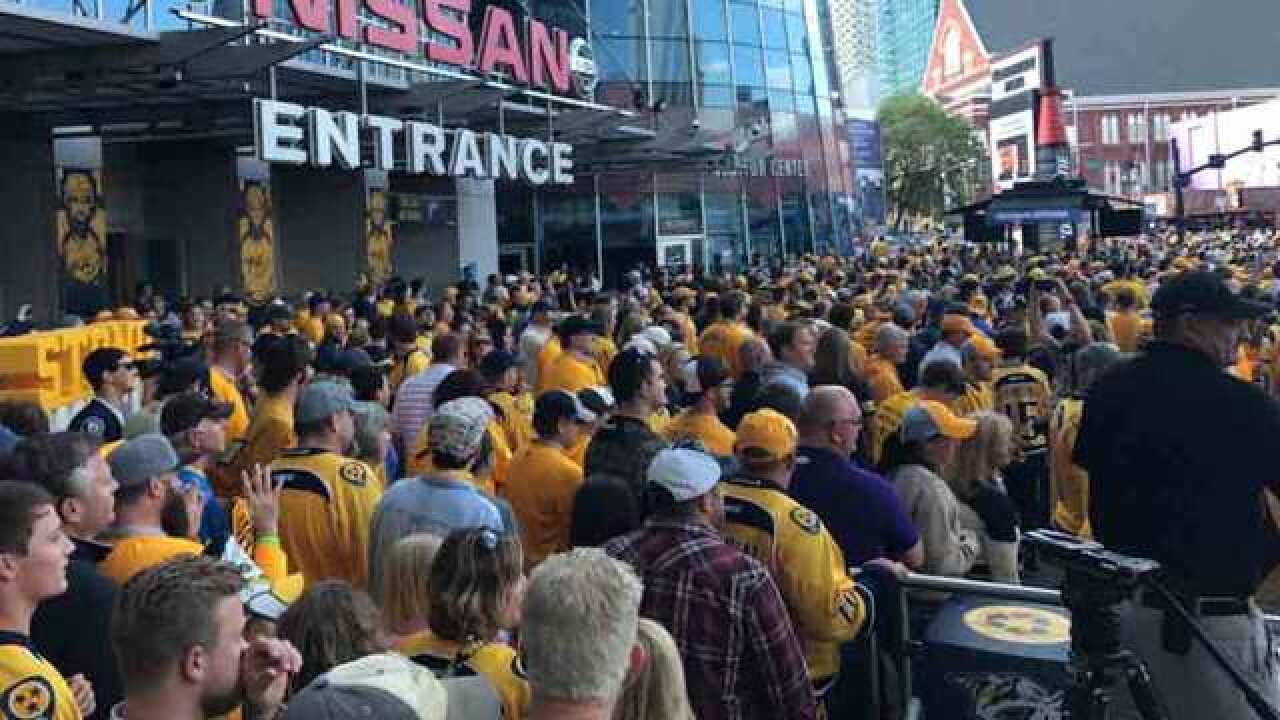 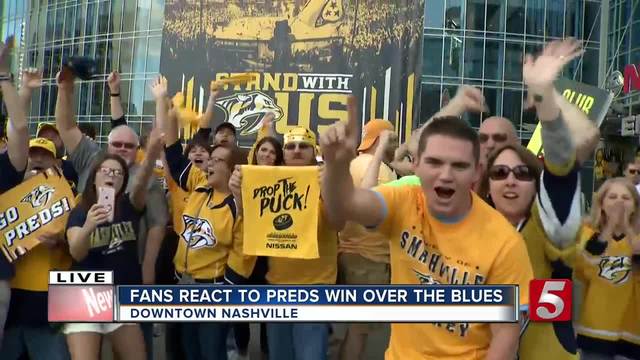 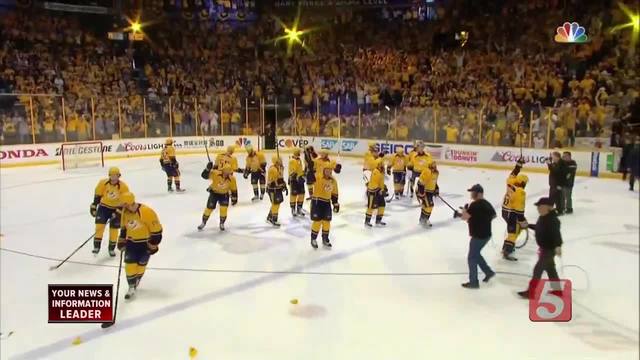 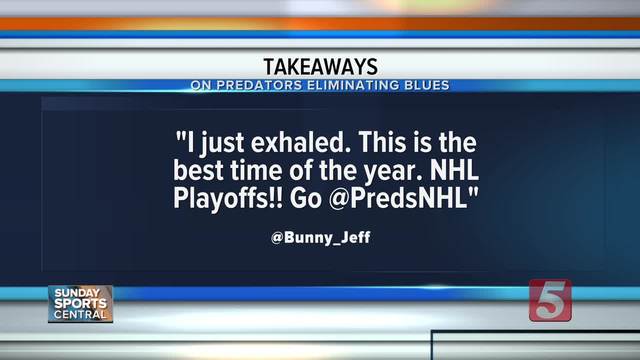 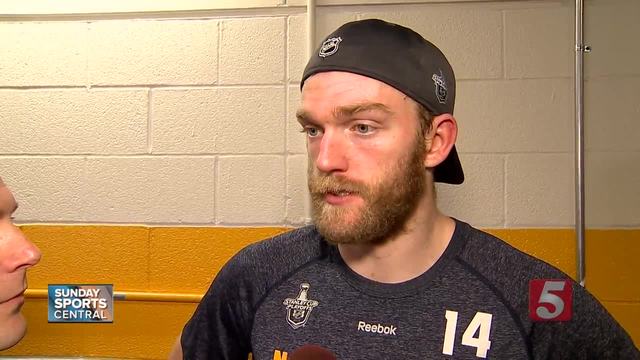 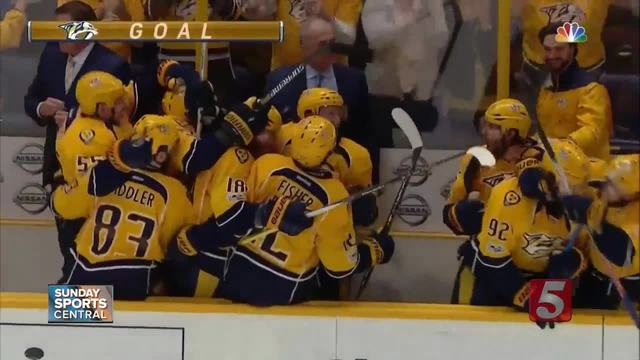 This was the biggest game in franchise history, make no mistake. The Predators 3-1 game six win over the Blues sends them further into the Stanley Cup Playoffs then they've ever been before.

And in the biggest moment it was the team's top line stars that came through. Viktor Arvidsson, who had been held scoreless in the series, connecting with Ryan Johansen on a two-on-one chance for the go ahead goal with 16:45 left.

"It was a great pass by Arvi, obviously," Johansen said. "But I don't know if anybody saw it, Yannick Weber gave me a push from behind that gave me a little extra to get there."

Nashville had several more chances to put the game away in the third, but Jake Allen kept St. Louis in it with a trio of spectacular saves on breakaways by Filip Forsberg, Austin Watson and Colton Sissons.

It wasn't until the Blues pulled Allen for the extra attacker in the final couple minutes that the Preds were able to get some insurance. Calle Jarnkrok scoring an empty-net goal with exactly 1:00 left sparking a delirious celebration inside Bridgestone Arena.

"It's so tough to get in and then win each round, we try to acknowledge that," Predators head coach Peter Laviolette said. "I can tell you our guys are looking forward to playing more hockey."

They had to earn it.

For the second straight game the Blues struck first, this time just 2:04 into the contest. Veteran Paul Stastny pounding a rebound past Pekka Rinne for a 1-0 lead.

It was just the second goal Rinne's allowed in the first period this postseason, and the first one when teams were at even strength. It also forced the Preds to become the first team to win a game in this series after yielding the first goal.

The Predators knotted things up at the start of the second, scoring :35 into the period when Mattias Ekholm whipped a pass between three defenders to Roman Josi for a one-timer past Jake Allen. It was a beautiful defenseman to defenseman play and re-ignited a sellout crowd that had been quieted by the Blues fast start.

The Preds are now a perfect 4-0 in closeout games in Bridgestone Arena, having defeated Anaheim in game six in 2011, Detroit in game five in 2012 and Chicago and game four just two weeks ago.

"It'a great for our franchise and our fans," Josi said. "They really deserve this."

But Smashville has never seen a win quite like Sunday.

With the stakes higher than they had ever been, the buzz around the building was so thick pregame, you could nearly chew on it. This was a loud building at its loudest, it's gold hue at it's brightest.

The Predators are only halfway to the ultimate goal of a Stanley Cup, but history was made Sunday.

Nashville is headed to the Western Conference Final for the first time ever. That's something to celebrate.

"It means everything," Rinne said. "We haven't done this before so it's a great feeling. But there's still a lot of work to do."

The biggest game in Predators history is now the team's biggest win. For now.

The victories only get bigger from here.

Broadway is shutdown as @PredsNHL fans took over! @NC5 pic.twitter.com/40orEfkPQJ

You thought the other video was crazy. It was mass pandemonium once @PredsNHL scored 3-1. @NC5 pic.twitter.com/OXHxL4VXro