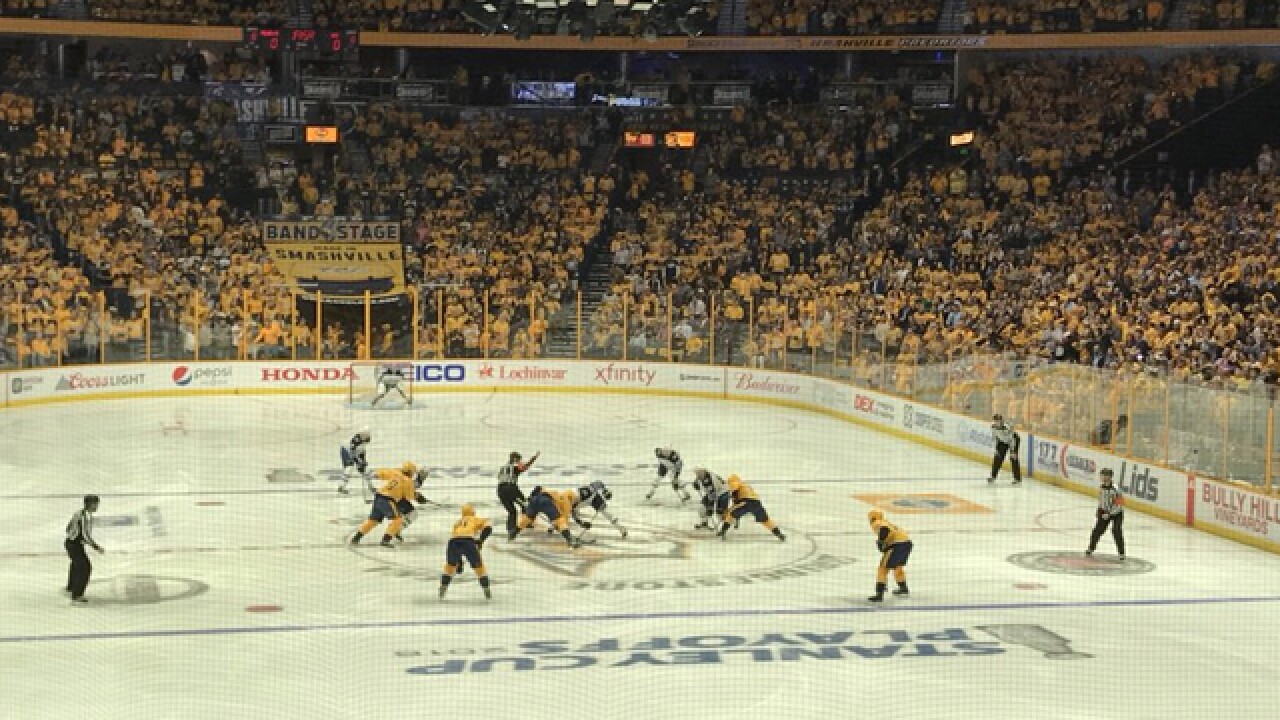 Watch party plans have been released for Game 7 in the Predators-Jets series.

The Preds forced a Game 7 Monday night by shutting out the Jets 4-0 in Winnipeg. The series now heads back to Nashville on Thursday night – making it the first such game in Bridgestone Arena history and the first game seven in Jets history.

A watch party is scheduled to begin at 5 p.m. at Music City Walk of Fame Park ahead of the 7 p.m. puck drop.

The Nashville Convention & Visitors Corp said food trucks will be on hand and hot dogs and bottled water will be available.